A quick-thinking taxi driver had to slam on the brakes to avoid hitting a young girl who ran out in front of his cab.

The shocked driver swears in shock after his near-miss as children played in the street at 9pm on Friday in Southport, Merseyside.

Dashcam footage shows the girl’s shocked face caught in the headlights when she spot the taxi heading towards her after dashing out from behind a parked car.

A taxi driver narrowly missed hitting a young girl who ran out in front of his cab on VE Day last week in Southport, Merseyside 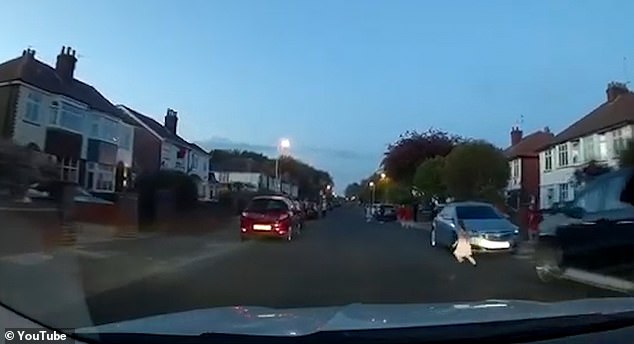 In the shocking dashcam footage, the driver can be heard listening to music as he makes his way down the nearly-empty, barely-lit street.

A few people can be seen ahead as he continues to drive, some dressed in red to celebrate the 75th anniversary of VE Day.

As the taxi driver approaches a parked black car, a little girl darts straight out in front of him, looking in the opposite direction.

The driver breaks suddenly, just in time to avoid hitting the startled youngster who runs to the opposite pavement. 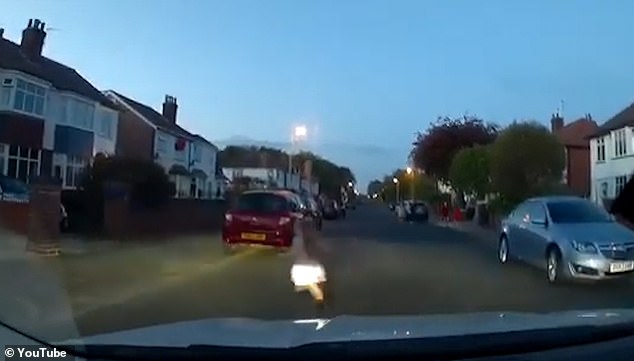 The incident happened just after 9pm on Friday but luckily nobody was hurt, thanks to the driver’s quick thinking and bright headlights

The taxi driver then slowly starts to move again, towards a much-larger group of residents who all stop and stare at him.

He says to one woman: ‘They your kids?’

The resident replies: ‘No, not mine.’

He then carries on as the gobsmacked neighbours continue to gawk. 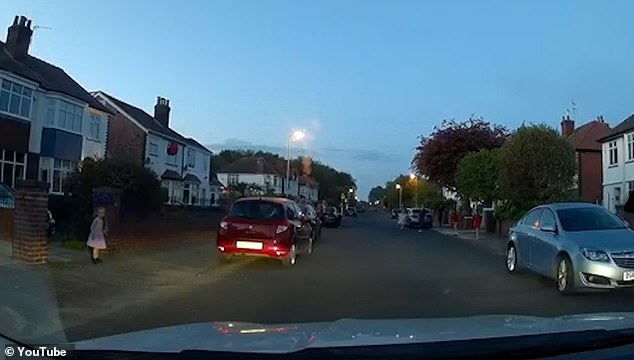 The driver breaks suddenly, just in time to avoid hitting the startled youngster who runs to the opposite pavement