Taylor Swift has broken the record for the largest amount of vinyl album sales in one week in the United States, with her triumphant ninth studio album, Evermore.

The Grammy award winner’s, 31, sister record to Folklore, which was released in 2020, managed the feat in just three days.

Success! Taylor Swift has broken the record for the largest amount of vinyl album sales in one week in the United States, with her triumphant ninth studio album, Evermore

The Shake It Off songstress also broke several records with with her previous album Folklore including the Guinness World Record for the biggest opening day for an album by a female artist on Spotify.

She previously admitted that she loved the ‘escapism’ that came with writing ‘imaginary or not imaginary tales’ on the two albums, which deals with rejected marriage proposals, infidelity, revenge and murder.

Ahead of the release of Evermore, she wrote on social media: ‘To put it plainly, we just couldn’t stop writing songs. To try and put it more poetically, it feels like we were standing on the edge of the folklorian woods and had a choice: to turn and go back or to travel further into the forest of this music. 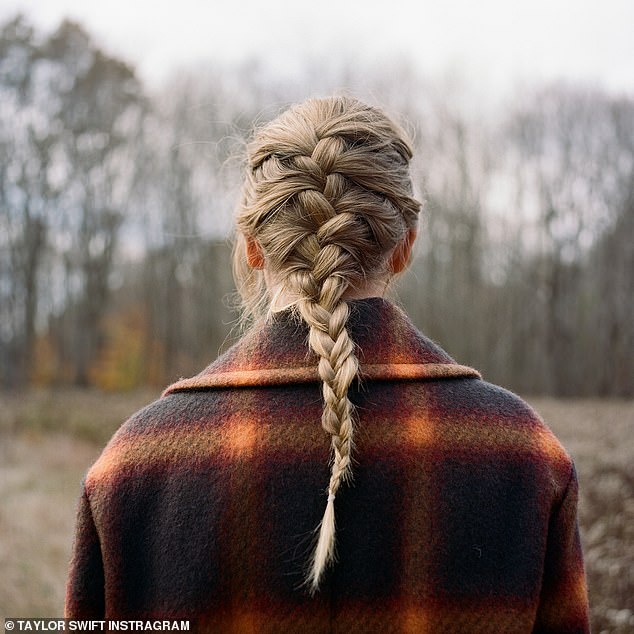 Cover art: The Grammy award winner’s, 31, sister record to Folklore, which was released in 2020, managed the feat in just three days

‘We chose to wander deeper in and my collaborators and I are proud to announce that my 9th studio album and folklore’s sister record is here. It’s called evermore.

‘I’ve never done this before. In the past I’ve always treated albums as one-off eras and moved onto planning the next one as soon as an album was released. There was something different with folklore.’

She continued: ‘In making it, I felt less like I was departing and more like I was returning. I loved the escapism I found in these imaginary/not imaginary tales.

‘I loved the ways you welcomed the dreamscapes and tragedies and epic tales of love lost and found. So I just kept writing them. And I loved creating these songs with Aaron Dessner, Jack Antonoff, W B, and Justin Vernon.

She went on to detail the stories woven into her new songs, as she said: ‘Before I knew it there were 17 tales, some of which are mirrored or intersecting with one another.

‘The one about two young con artists who fall in love while hanging out at fancy resorts trying to score rich romantic beneficiaries. The one where longtime college sweethearts had very different plans for the same night, one to end it and one who brought a ring.

‘Dorothea, the girl who left her small town to chase down Hollywood dreams – and what happens when she comes back for the holidays and rediscovers an old flame.’ 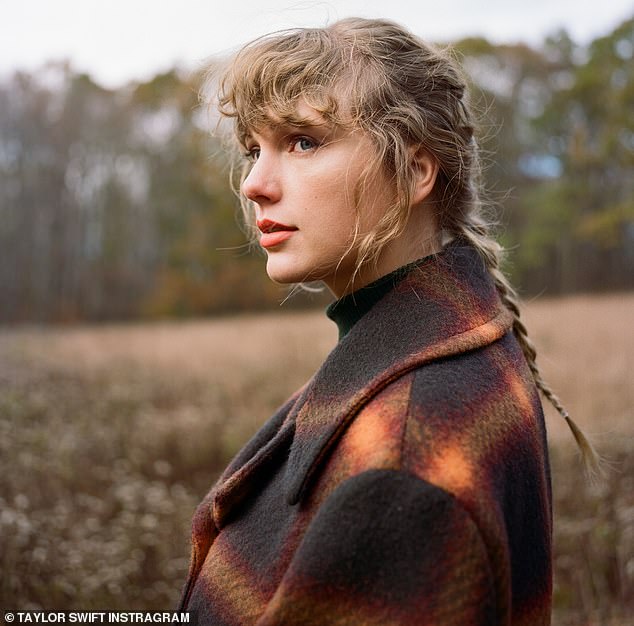 Accomplishment: According to MRC Data, the album shifted a whopping 40,000 copies between May 28 and May 30

She added: ‘The “unhappily ever after” anthology of marriages gone bad that includes infidelity, ambivalent toleration, and even murder. The most righteous motive, to avenge the fallen.

‘The realization that maybe the only path to healing is to wish happiness on the one who took it away from you. One starring my grandmother, Marjorie, who still visits me sometimes…if only in my dreams.

‘I wanted to surprise you with this the week of my 31st birthday. You’ve all been so caring, supportive and thoughtful on my birthdays and so this time I wanted to give you something!

She concluded: ‘I also know this holiday season will be a lonely one for most of us and if there are any of you out there who turn to music to cope with missing loved ones the way I do, this is for you.’ (sic) 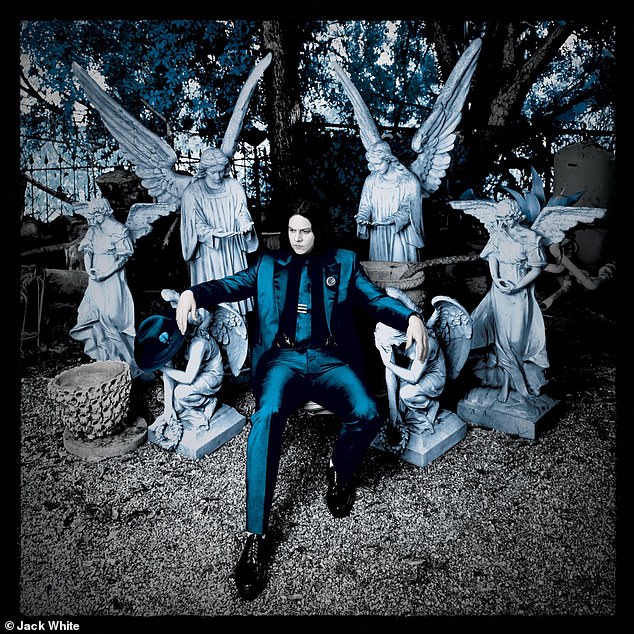