Teabags with plastic-free seals will be made

Teabags with a plastic-free seal are to be made for the first time in a bid to save tonnes of waste.

Many tea drinkers are unaware that when it comes to plastic, even your daily cuppa isn’t safe.

Usually, a substance called polypropene is used to seal teabags so they don’t split open.

However, this means they cannot be put in food waste recycling because they do not fully break down.

But now, the Co-op is testing a new type of plastic-free teabag in partnership with its supplier Typhoo, and packaging firm Ahlstrom-Munksjö.

If the new design is successful and taken up across the industry, the change could save 150 tonnes of plastic being used in teabag manufacture.

The move is a victory for the Daily Mail’s campaign Turn The Tide On Plastic, which aims to end the use of the polluting material.

Some industry experts claim the move away from plastic will put up the price, however Co-op said customers will not have to pay more. 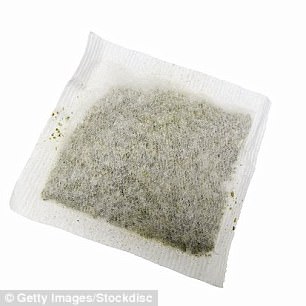 It sells around 4.6million boxes of tea annually – around 367million teabags – and the change could save nine tonnes of plastic being used.

The new bio-degradable bag, which could be heat-sealed, is due to undergoing rigorous testing in February and could be on shelves later this year.

Intended to be rolled out across the Co-op’s entire own-label standard tea range, it will be fully compostable.

The chief executive of Co-op Food, Jo Whitfield, said: ‘A cup of tea is part of our national psyche, so we felt it was imperative that we fix the problem as soon as possible.

‘We’re committed to reducing plastic in our packaging and want to ensure that tea lovers can enjoy a guilt-free brew.’