Teacher, 32, ‘had sex with inmate from juvenile detention center and gave him thousands of dollars’

‘Let’s just say I f***ed up a bit’: What married teacher, 32, told a friend before getting arrested for ‘having sex with inmate from juvenile detention center where she worked’

Mug shot of Maggie Christine Stastny, accused of having sex with an underaged inmate

A teacher has been arrested after allegedly having sex with an underaged inmate she met while working at a juvenile detention center.

Maggie Christine Stastny, 32, was a teacher with the Cherry Creek School District and assigned to teach at Marvin W. Foote Youth Services Center in Englewood, Colorado.

She was arrested Thursday and faces charges of sexual assault on a child by a person in a position of trust.

The Arapahoe County Sheriff’s Office allege that Stastny was working at the center when she started a sexual relationship with the inmate.

Stastny allegedly told a former co-worker on Facebook that she had sex with the boy, according to screenshots included in the arrest affidavit,

‘Let’s just say I  f***ed up a bit … I definitely slept with him.’ Stastny wrote about her alleged relationship, according to Fox31.

In a probable cause affidavit, Stastny reportedly detailed her relationship to sheriffs, saying that she met the inmate in the Denver Library to have sex.

Law enforcement say she had sex with him once in the library bathroom, and twice in her car, Fox31 reported.

Stastny claimed that the inmate ‘had complete control over her,’ and she gave him several thousand dollars, the affidavit states.

It is not known how old the alleged victim was. Inmates at the Foote Youth Services Center range in age from 10-17 years old.

The sheriff’s office believes there may be other victims,  ABC7 report. 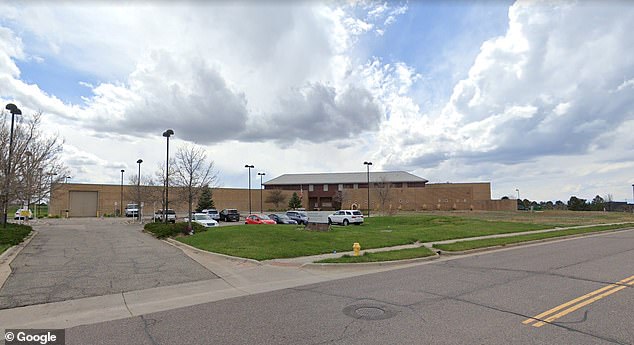 Stastny was a Cherry Creek teacher from January 2017 until June 30 of this year.

The school district said once it learned about the allegations against Stastny, she was placed on leave, Denver’s ABC7 reported.

The district had decided they would not renew her contract before the allegations came to light.

The district sent a letter to parents Friday, saying: ‘Ms. Stastny was notified in April that her contract would not be renewed for reasons unrelated to the matter of the arrest.

‘In May, the district learned of an allegation of inappropriate contact with a student and immediately placed her on administrative leave.’

They added: ‘The safety and security of our students and staff is always our highest priority’.

A judge imposed a $25,000 bond for Stastny during her first appearance in court on Friday.