A teacher who beat a pupil to death while trying to get him to confess to stealing a handbag has been sentenced to death by hanging in Tanzania.

Sperius was beaten with firewood for three hours until he died from ‘neurogenic shock’ which is typically caused by traumatic brain or spine injuries, the court heard.

Respicius Patrick Mutazangira, 51, beat Sperius Eradius, 14, with a piece of firewood for three hours in an attempt to get him to confess to stealing a colleague’s handbag, before he died

A second teacher, 47-year-old Helieth Gerald whose handbag was stolen, was cleared of any involvement in the killing.

After Mutazangira’s sentence was read out he collapsed in the dock and had to be carried off to prison by guards, Tanzania Daily News reports.

A judge ruled that Mutazangira had breached rules on corporal punishment – which is illegal in school in Tanzania – when he launched the attack at a school in Bukoba, in the far north of the country.

The teacher had also acted ‘with malice aforethought’ when he began the beating, the judge concluded.

‘Clearly, there was no other killer, but Mutazangira,’ he said.

Mutazangira will now be given the opportunity to appeal the sentence, though his lawyers have not yet announced their intentions.

Capital punishment is legal in Tanzania, but the country has not carried out an execution since 1994. 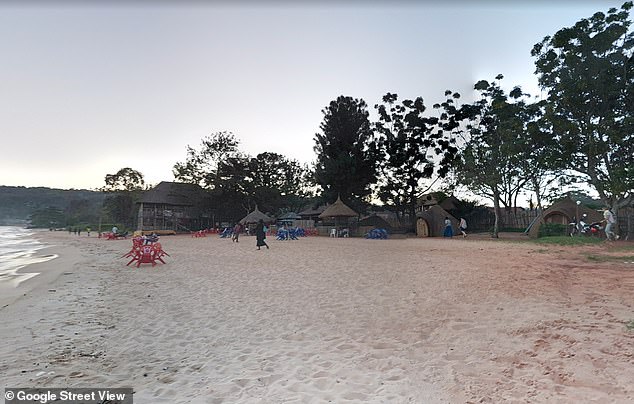 Mutazangira was arrested in the town of Bukoba, in the far north of the country (pictured), in August last year. He has been sentenced to hang for the crime