Teacher jailed for slapping autistic toddler after he soiled himself

By Alexander Wright For Mailonline

A teacher at a nursery in China has been caught on camera savagely slapping a two-year-old autistic boy in the face after he allegedly soiled himself.

The educator from the city of Guangzhou also hit, force-fed and swore at multiple toddlers regularly for months, a court has said.

The teacher, known by her surname Li, has been jailed for six months. 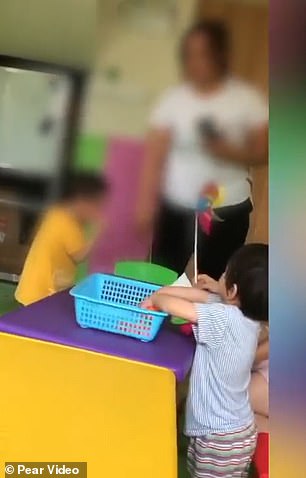 A video leaked by a former teacher at the nursery in Guangzhou shows a woman forcefully snatching a toddler before slapping him in the face. The teacher has been jailed for six months

The footage was filmed earlier this year at a nursery in the district of Nansha in Guanghzou, the provincial capital of Guangdong.

It was first uploaded to the Chinese social media platforms in July after a former teacher at the centre had leaked it to the toddler’s aunt.

The video shows a child dressed in yellow being forcibly snatched by the arm and then slapped several times by a woman dressed in white.

The woman can be heard shouting ‘you have cried for a long time, you are so annoying’ as she hits the boy.

‘I felt heartbroken when I saw my nephew being beaten like this,’ said the child’s devastated aunt who is also his guardian.

‘When I enrolled him into the centre, I told the teachers immediately that my nephew was different from other children,’ the aunt added as she spoke to a reporter from Guangdong Radio and Television Station in July. 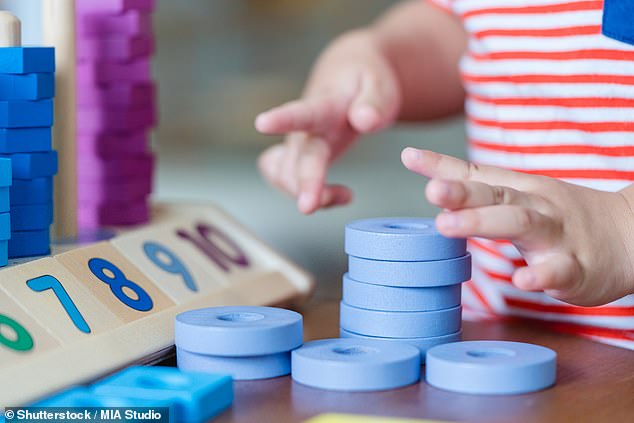 The teacher said that she was enraged after the boy had soiled himself and smeared his faeces ‘everywhere’. The court has also banned her from working with children for five years

She said she had been confused by the fact that her nephew would start crying as soon as she told him to go to the nursery.

‘After I watched the video, I understood why,’ she noted.

She did not explain where the boy’s parents were.

The video was sent to the boy’s aunt by a former teacher at the centre, who said she was ‘shocked’, ‘petrified’ and ‘terrified’ by Li’s behaviour.

The whistle-blower, known as Yang, told the station: ‘[I] tried to advise her [not to beat the children]. She always dodged my questions and then stopped talking to me.’

The attacking teacher, Li, reportedly admitted to beating the autistic toddler. She said she was enraged after the child had soiled his pants and smeared his faeces ‘everywhere’. 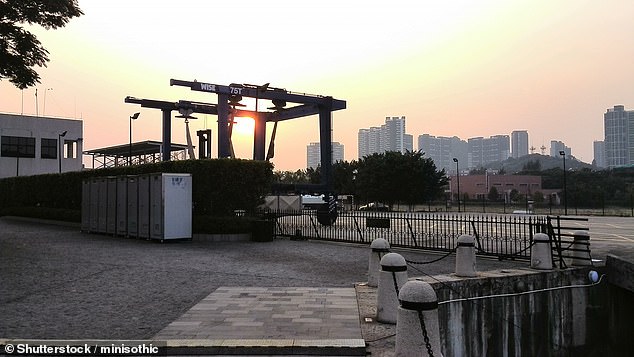 Li also claimed that Yang was her ex-subordinate. She said that Yang leaked the footage because she had fired her.

The clip has caused an uproar on social media, with many users lambasting the teacher for her appalling actions.

One user, named SAFL, wrote in a post on popular website Sohu: ‘It is really deplorable that a teacher has done such a thing, and the child is even an autistic child.’

Li was arrested a week after the video went viral.

She was recently found guilty of abusing individuals under her care and sentenced to six months in prison in a first trial, reported Guangzhou-based newspaper New Express, citing the city’s Nansha District Court.

The court said that Li abused at least five children, aged between one and three, while working at the centre between April and June.

Li has also been banned from working with young children for five years after serving the prison term.