A teacher in Chicago has come under fire after he told a Hispanic student, who is a US citizen, to go back to her country after she didn’t get up during the national anthem.

The teacher’s remarks were made to a student at the Nicholas Senn High School last month,  who said she remained seated during the anthem as part of a protest against police brutality, US immigration policies and anti-immigrant political rhetoric.

Yesica Salazar, 17, said the teacher responded by asking her if her legs were broken, and recalls she was told ‘go back to my own country if I didn’t want to stand.’

A teacher at the Nicholas Senn High School in Chicago has come under fire for telling a Hispanic student, who is a US citizen, to go back to her country when she did not stand during the national anthem, sparking a fury of protests 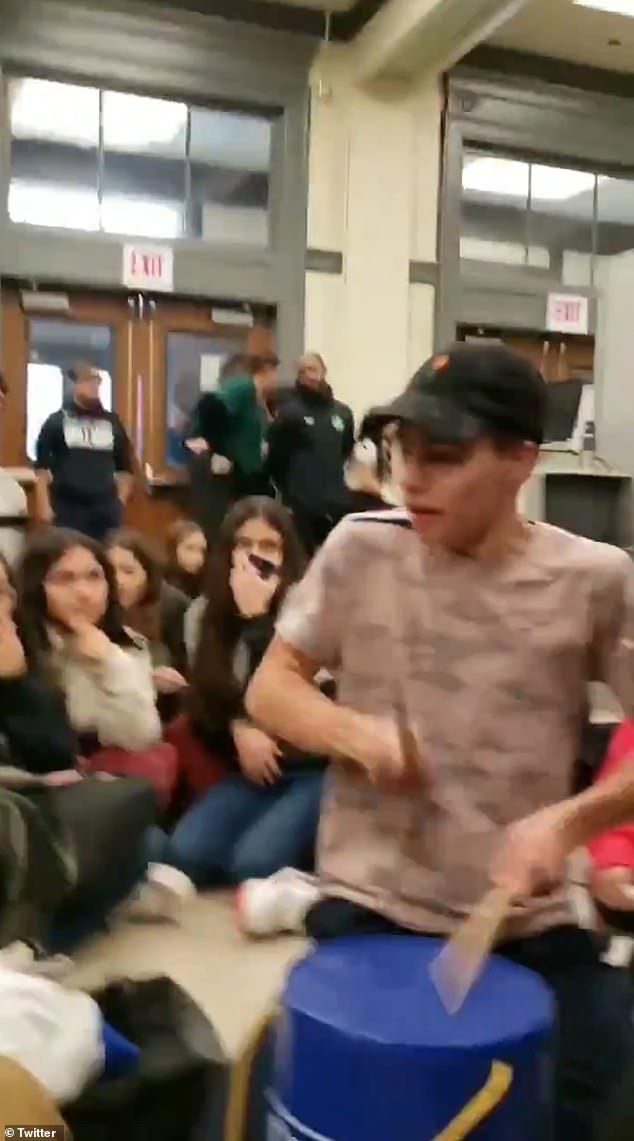 Students have posted images and footage on Twitter of their protests (pictured) demanding the teacher’s removal. The instructor has not been identified, but has been described on social media as a gym teacher

‘I felt very offended because my parents have fought hard to be part of this country,’ the 17-year-old Salazar told the Chicago Sun-Times.

The four students held a sit-in at the school on Wednesday to protest what they called the school’s slow response to their complaint as well as to urge the teacher’s removal from the school.

‘I felt like we were getting the run-around,’ Salazar said, explaining why the protest was held.

The Jan. 30th incident has sparked fury within the Chicago Public Schools, which has responded with an investigation into the matter amid student protests.

The teacher has not been identified.

Social media has described the instructor as a gym teacher at the school, located on Chicago’s north side.

A spokesperson was not immediately available when DailyMail.com reached out.

If the allegations are true, the teacher’s comments would be a violation of the district’s anti-discrimination policy.

‘CPS is committed to fostering learning environments that embrace and support all students, and the alleged actions of the teacher in question run counter to our beliefs and priorities,’ said district spokesman James Gherardi, the Associated Press reports. 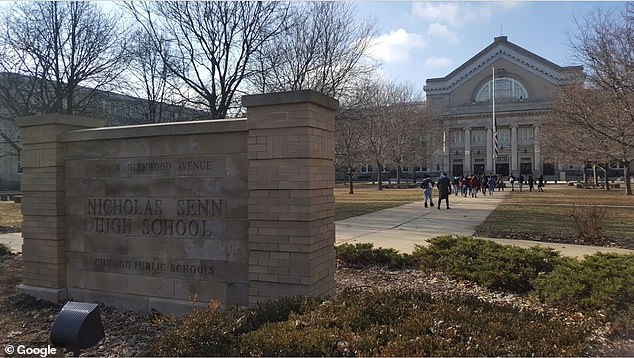 The Chicago Public Schools, amid a fury of protests have launched an investigation of the Jan. 30th incident at Nicholas Senn High School (pictured). If the allegations are true, the teacher’s comments would be a violation of the district’s anti-discrimination policy