Teacher under investigation for writing ‘WTF is this?’ on student’s homework after mother complained

Teacher under investigation for writing ‘WTF is this?’ on high school student’s science homework

The mother of a Florida school boy is in shock after her son’s teacher seemingly cursed on his science homework assignment.

The Rutherford High School teacher in question – who has not been named – is believed to be behind a note written in red ink that read: ‘WTF is this? Absolutely no credit’.

Mother Melinda Smith discovered the slang term when her son handed her the paper that according to instructions is counted as a lab grade worth 30 percent. But she gave the boy ‘absolutely no credit’ after he wrote his name but seemingly failed to complete anything else on the project.

‘It’s basically what the f**k’ is this,’ the parent explained to NBC 7.

A science teacher in Bay County, Florida wrote ‘WTF is this?’ on her student’s paper where she gave him ‘absolutely no credit’. She suggests in red pen the ‘title of an article, the author, and the website’ it’s from and adds in Part 3 ‘three uncommon words’ within it to be explained

Smith added about her outrage: ‘It wasn’t anything about not getting the credit, it was more so the language about what the writing to students, that was very inappropriate and not acceptable for a teacher whatsoever.’ 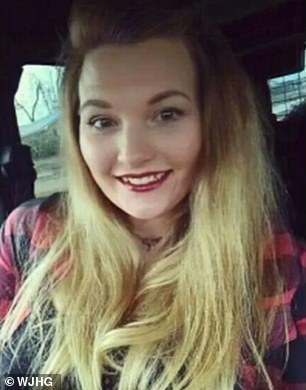 Text on the document suggests the assignment was a write up on a ‘discovery, breakthrough in technology’ or current science event and the remit appeared to be fairly broad with instructions reading: ‘It can be any area of science or technology. Just choose something that interests you’.

The paper says ‘you must finish it in class before’ the April 17 due date.

But it appears the teacher had to fill in the ‘title of the article, the author, and the website/publication’ for the student.

The suggestion is The Ugliest but Most Talented Bats by Savannah Mitchem, a Physics teacher at Rutherford High School since August 2018 who obtained her BS Physics degree from Florida State University last year and describes herself on social media as ‘fierce and formidable’.

Mitchem’s work as a freelance writer has included interviewing ‘scientists and engineers about breakthroughs in research, making complex topics accessible and meaningful to readers’, according to her LinkedIn profile.

It has not been confirmed whether Mitchem is the teacher behind the offensive comment. 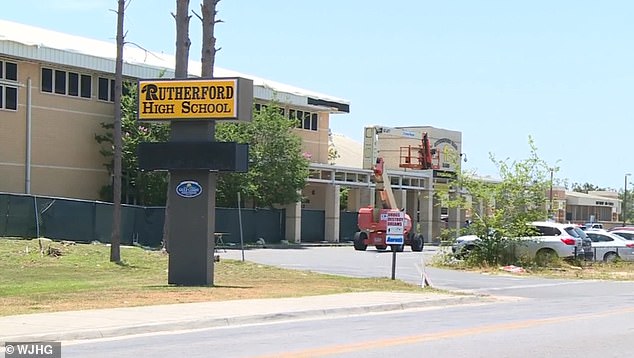 In Part 3 of the assignment she appears to suggest ‘three uncommon words’ for the boy after students were asked to come up with them. She writes ‘mediocre’, ‘discrepancies’, and ‘harmonics’ then underlines the ‘and what are their definitions’ part of the instructions.

It appears either the teacher wrote in the definitions herself – as seen in pencil – possibly in class with the student, or the child was instructed to explain the words himself. 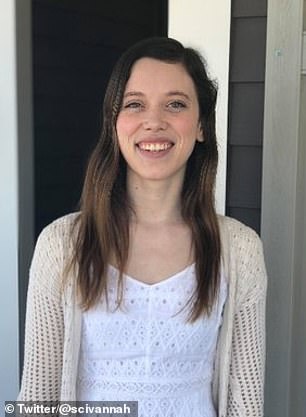 The work of a Savannah Mitchem is referenced on the assignment. The same woman whose freelance work has included interviewing ‘scientists and engineers about breakthroughs in research’ is a teacher at Rutherford, according to her LinkedIn profile. It has not been confirmed whether Mitchem is the teacher behind the offensive comment

But the Bay County mother wants the teacher to face consequences for her reaction, that could be a blemish on her reputation at the school.

‘I think for sure she needs to be reprimanded, I believe that something should be placed in her file,’ Smith continued.

But the Rutherford Principal says the school has taken action.

‘Once we were notified, I notified district officials and our HR has been involved and they’re currently investigating the situation,’ said Coy Pilson.

It’s not clear exactly what the action is but Pilson appeared to be forgiving and said teachers slip-up too.

‘She was apologetic and it was a mistake on her part,’ Pilson added.

‘All of the teachers at Rutherford High School are caring, loving teachers and we’re also human and so, we make mistakes, but we understand that we are called to a high professional standard and when we make mistakes we try to correct those mistakes and move forward.’

Pilson did not immediately respond to DailyMail.com’s request for comment. 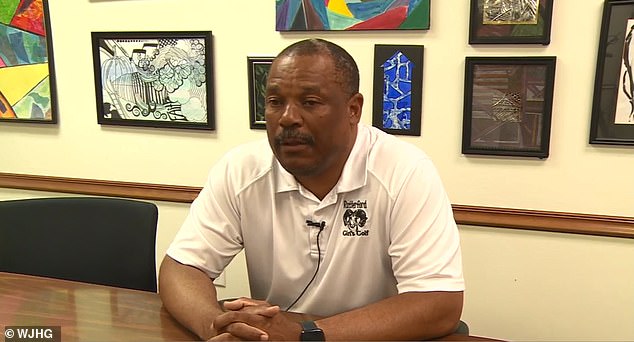 Principal Coy Pilson said the teacher is under investigation but added that educators are human too and make mistakes. Pilson said she ‘was apologetic and it was a mistake on her part’