A 10-year-old elementary school student in Florida was logged in for her first day of online classes Tuesday when she witnessed her mother being shot and killed by an ex-boyfriend inside her home, police said.

The Martin County Sheriff’s Office said 27-year-old Donald J. Williams shot and killed his ex-girlfriend Maribel Rosado-Morales, 32, in front of her six children at 8:00am yesterday inside a home in Indiantown.

One of Rosado-Morales’ daughters, a student at Warfield Elementary, had been on a Zoom call with her classmates for a virtual lesson that morning when yelling and profanity was heard in the background of her video call.

The commotion prompted the girl’s teacher to mute the audio from the call, realizing there was ‘some sort of domestic altercation’ unfolding.

The teacher then saw the 10-year-old put her hands up to her ears, Martin County Sheriff William Snyder revealed during a press conference. 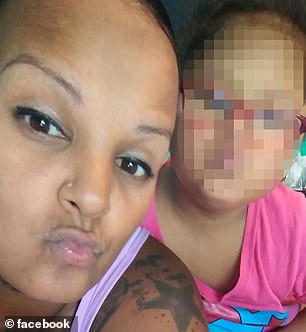 Maribel Rosado-Morales (left and right) was shot and killed Tuesday morning in front of six children at a home in Indiantown. One of the children, her 10-year-old daughter (right), was taking part in an online class on Zoom when the fatal shots rang out 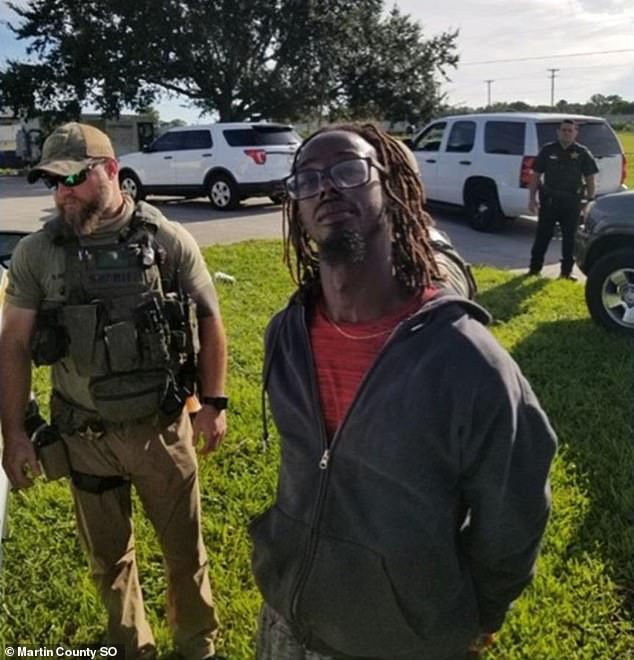 It was at that moment that Williams opened fire inside the home, police said. The young girl’s screen went black after one of the bullets struck her computer screen.

Rosado-Morales was then shot to death in front of her six horrified children – ranging in age from 10 to 17 – who were inside the home at the time. None of the children were hurt in the horrific incident.

The shooting wasn’t visible to the teacher or other students on the call, Snyder said.

Detectives say Williams then fled the scene of the shooting on a bicycle, before boarding a Martin County Public Transit bus and asking the driver to take him to Stuart.

However, the driver grew suspicious of his behavior and called 911. A SWAT team responded and Williams was taken into custody 40 minutes after Morales was shot.

Authorities said they retrieved a handgun from a bag Williams was carrying that they believe was used in the shooting. The weapon had been reported stolen from a car in 2015.

Rosado-Morales, meanwhile, was airlifted to Lawnwood Regional Medical Center, where she was pronounced dead shortly after arriving.

Snyder says Williams gave a full confession and will face charges of first-degree murder, armed burglary, and armed home invasion, among other charges.

He called the mother-of-six’s death ‘sad’ and ‘terrible’. 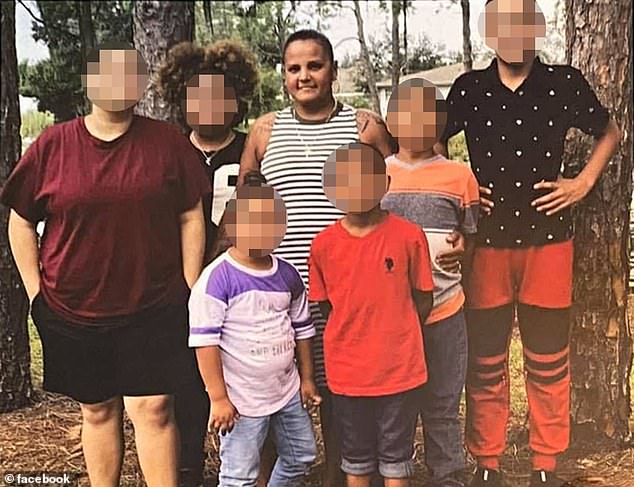 Rosado-Morales was shot to death in front of six horrified children – ranging in age from 10 to 17 – who were inside the home at the time, including three siblings of the 10-year-old and two of her cousins. 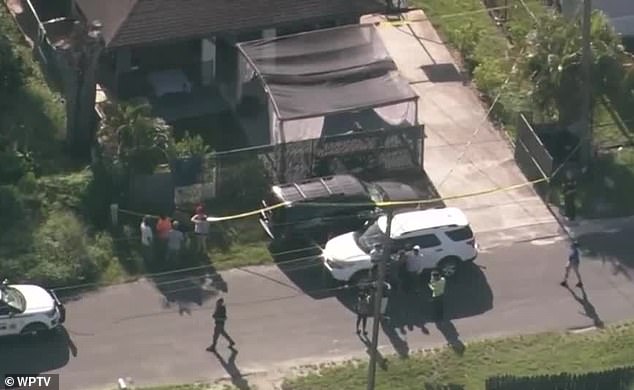 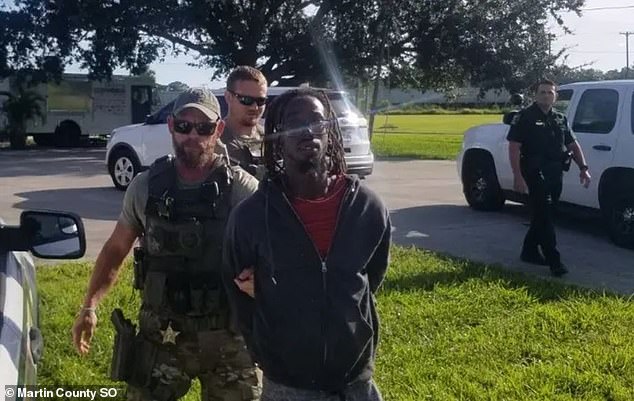 Detectives say Williams then fled the scene of the shooting on a bicycle, before boarding a Martin County Public Transit bus and asking the driver to take him to Stuart. He was arrested 40 minutes later

Snyder said Williams and Rosado-Morales had been estranged for more than a year and a half, and had a history of domestic violence. Williams had recently been released from prison on a domestic violence charge, the sheriff added.

The fatal shooting was reportedly spurred by an unspecified argument. According to Snyder, Williams went to the home to confront Rosado-Morales about ‘something to do with a video’.

‘Then later we learned there was a conversation about Facebook,’ Snyder continued. ‘He says she actually started to smile at him and he became enraged and shot her.’

Rosado-Morales’ last Facebook post came on August 10, a day before her death, showing her posing with her new partner, accompanied with the caption ‘this mean a lot but we still here till god say no more’.

An update on her social media page from April 15 says she got married. 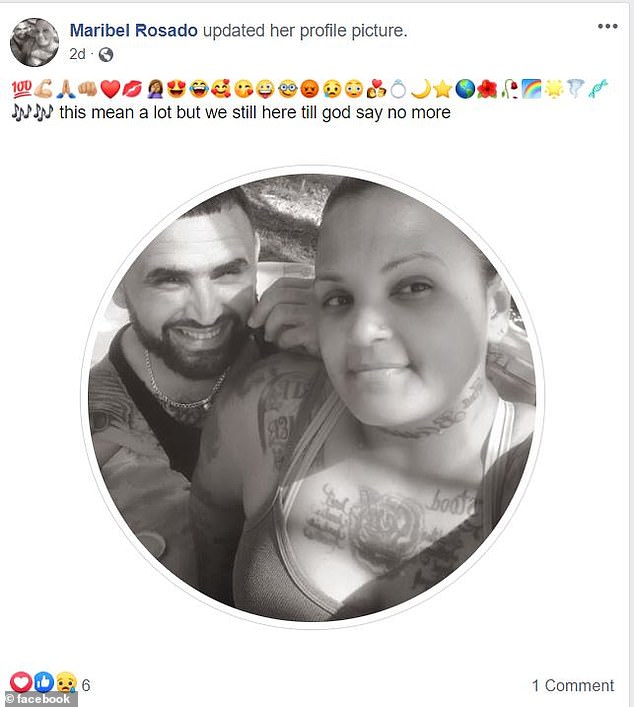 Rosado-Morales’ last Facebook post came on August 10, a day before her death, showing her posing with her new partner, accompanied with the caption ‘this mean a lot but we still here till god say no more’

‘I’ve learned through decades of doing this that when you think you’ve seen everything, you haven’t,’ Sheriff Snyder told BuzzFeed. ‘I know that people hearing about this, reading about this, are going to be horrified by this.’

Neighbors of Rosado-Morales have voiced their shock and terror over the death of the 32-year-old, who was remembered by one local resident as a ‘friendly, loving and kind person.’

‘I think it’s sad, especially the neighborhood. I knew the woman. She was a very nice girl, gave my kids clothes and stuff like that,’ neighbor Jeremy Carroll said of Morales, according to WPTV. ‘It’s just sad to see that situation happen.’

A GoFundMe page set up to benefit Rosado-Morales’ children says they will taken into the custody of their grandmother, where they will likely relocate to Wisconsin.