Teacher, 27, who had sex with a female student, 17, AVOIDS jail and will serve probation after court hears how the youngster is still in love with her and their relationship with ‘probably continue’

By Jennifer Smith and Marlene Lenthang For Dailymail.com

An Ohio teacher who had sex with a 17-year-old female pupil avoided prison on Friday and walked out of court with a probation sentence after the student professed that she was still in love with her and police said they would likely carry on their romance.

Jennifer Walsh 27, had been facing 18 months behind bars on a charge of gross sexual imposition for having sex with the girl while working as a special ed teacher at Sycamore High School in Cincinnati, Ohio.

But on Friday, prosecutors allowed her to plead to a lesser charge which carried only a probation sentence.

Jennifer Walsh 27, had been facing 18 months behind bars on a charge of gross sexual imposition for having sex with the girl while working as a special ed teacher at Sycamore High School in Cincinnati, Ohio. She is shown in court on Friday 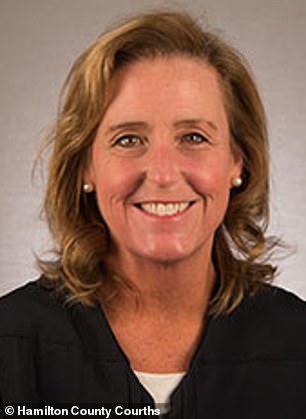 The judge, who remarked on how unique the case was, said that she was not a sexual predator despite having a relationship with the underage girl because she was ‘willing’.

‘The detective said you’re not a sexual predator and I don’t think you are, either,’ Judge Jody Marie Luebbers said.

She said the case was ‘truly unique’.

‘I know in my heart that I am completely in love with this woman, without a doubt,’ the student said on Wednesday.

It is unclear what the student’s parents make of their relationship or of the fact that Walsh walked free from court.

The lead investigator asked for leniency in the case because the student never ‘felt forced or coerced.’

They said the romance was ‘real’ and would likely carry on. 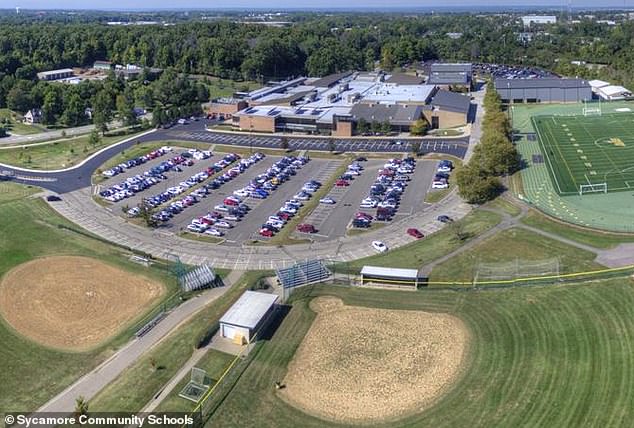 Walsh worked as a special education teacher and girls junior varsity lacrosse coach at Sycamore High School in Cincinnati (above), before resigning in October 2018

‘[It] was actually real…and it will probably continue to be real,’ they said.

Luebbers heard from Hoy, the student and Walsh’s mother on Wednesday.

After meeting with the prosecutor and Walsh’s attorney in her chambers for 15 minutes, she delayed the sentencing saying ‘I just need…more time.’

Walsh originally faced two counts of sexual battery but the charges were reduced in a plea deal.

In the investigation police seized Walsh’s computer, cell phone and personal documents in their search.