Tech giants will testify to Congress about Russia

Lawyers for Facebook, Google and Twitter will kick off two days of Congressional testimony starting tomorrow, as they speak to lawmakers about how Russia used their platforms during the 2016 election.

Then, on Wednesday, both Stretch and Edgett, along with Google’s General Counsel Kent Walker, will give public testimony to members of both the House and the Senate Intelligence Committees.

Sen. Lindsey Graham’s Judiciary subcommittee will get the first crack at representatives for Facebook, Google and Twitter as the social media giants kick off two days of Congressional hearings about Russian influence starting tomorrow 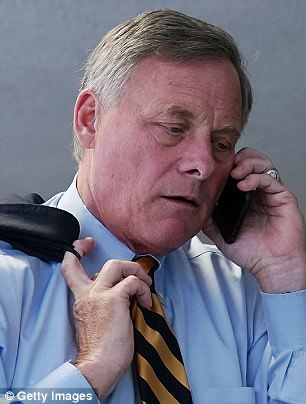 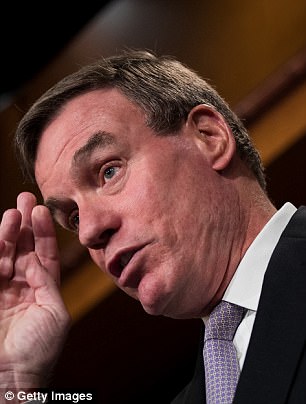 On Wednesday, the Senate Judiciary Committee, led by Sens. Richard Burr (left), the Republican, and Mark Warner (right), the Democrat, will hear testimony from the top lawyers at Facebook, Google, and Twitter 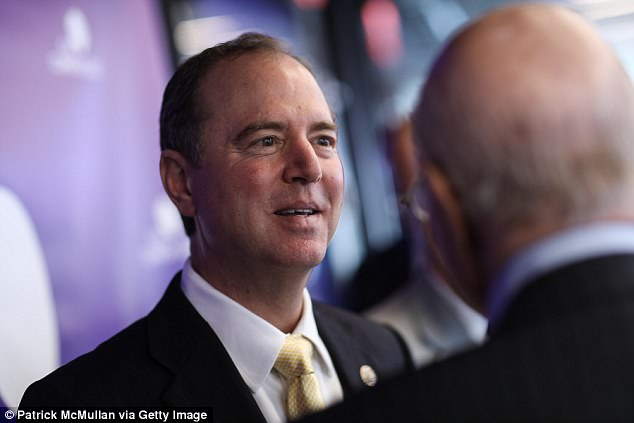 The House Intelligence Committee, whose ranking member is Rep. Adam Schiff (pictured), a Democrat from California, will hear from the social media representatives as well, to ask questions about Russian-financed ads on the three popular sites

Sen. Lindsey Graham, a Republican from South Carolina, chairs the Senate Judiciary Committee’s Subcommittee on Crime and Terrorism and explained to Politico that the Tuesday hearing will focus on ‘radicalization on the internet.’

He added that he thought it was ‘pretty clear’ that the Intelligence committee ‘had a real reason to be talking with these people about the way Russia acts and the intelligence behind who is buying these ads.’

But he believed it was important for members of his subcommittee to get a chance to question representatives from Facebook, Twitter and Google too.

The legislation would mandate new rules for online political advertising, which would make sourcing more transparent.

Facebook announced several days ago some changes to its platform that would get the ball rolling, including that political advertisers would have to verify their identities.

‘How do we deal with it? Do we need walls, or can you do it internally?’ Graham mused. ‘When it comes to Facebook advertising and social media advertising, it’s the Wild Wild West.’

The next day, counsels for the three companies will head first to the Senate Intelligence Committee for an open hearing entitled ‘Social Media Influence in the 2016 U.S. Elections.’

And then they’ll move to the House Intelligence Committee for what’s being called a task force open meeting with social media companies.

Sen. Richard Burr, the chairman of the Senate Intelligence Committee, along with the panel’s top Democrat, Sen. Mark Warner, have pressed Facebook, especially, to release ads purchased by the Russians to the public.

‘I was concerned at first that some of these social media companies did not take this threat seriously enough,’ Warner said at a press conference giving an update on the Russia probe earlier this month. ‘I believe they are recognizing that threat now.’

Rep. Adam Schiff, the top Democrat on the House Intelligence Committee, has also said he wants Americans to be able to see the ad buys.

On September 6, Facebook announced publicly that the company had sniffed out some 3,000 ads believed to have been bought by the Russians that focused on ‘amplifying divisive social and political messages across the ideological spectrum.’

Some of the more blatantly political ads, Politico found, urged voters to choose Sen. Bernie Sanders over Hillary Clinton, or suggested they vote for Green Party hopeful Jill Stein in the general election.

Stretch, Facebook’s general counsel, announced later in September that the company had decided to hand over the ads to Congressional investigators.

The company’s COO Sheryl Sandberg told Axios in mid-October that she supported the ads being released publicly as well, though said she supported it being done through Congress.

Burr has said it doesn’t work that way.

‘We don’t release documents provided to our committee, period,’ Burr said. ‘Clearly if any of the social media companies would like to do it, we’re fine with them doing it.’

Mueller’s investigation, according to Business Insider, may also be a stumbling block.

Lawmakers will likely ask Facebook, Google and Twitter’s representatives about the various Russian-financed ad campaigns over the course of the three hearings.

Of interest is how Russians were able to target the ads, and if it looked like they had American help.