Tech wreck: Scientists used Fitbits and a spy mic to listen to the Canadian Lynx hunt, fight and sleep

Scientists used a Fitbit and a spy mic to gain new insights into the secret lives of the Canada lynx, one of the most elusive big cats.

The findings, published in British Ecological Society, allowed researchers to learn more about their hunting, fighting and sleeping methods.

The experts — stemming from McGill University, University of Alberta, and Trent University — were able to capture more than 14,000 hours worth of audio of the lynx to study.

‘Working on one of the boreal forest’s top predators, the Canada lynx, we found that two different technologies, accelerometers and audio recording devices, can be used to remotely monitor the hunting behavior of predators, even documenting the killing of small prey,’ the study’s lead author, Emily Studd, said in a statement.

‘A lot of people want to know what wild animals do when we can’t see them,’ the study’s co-author, Allyson Menzies, added. ‘The ability to continuously record their movements and sounds in their natural environment can provide insight into mating rituals, parental care, social interactions – even how individuals differ from one another or change over time.’

The Canada lynx (pictured) is one of the most elusive big cats in North America. Researchers were able to gain more insight using a Fitbit and a spy mic to capture 14,000 hours worth of audio 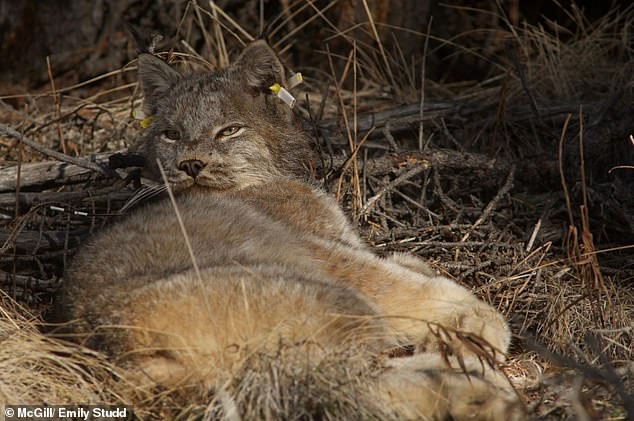 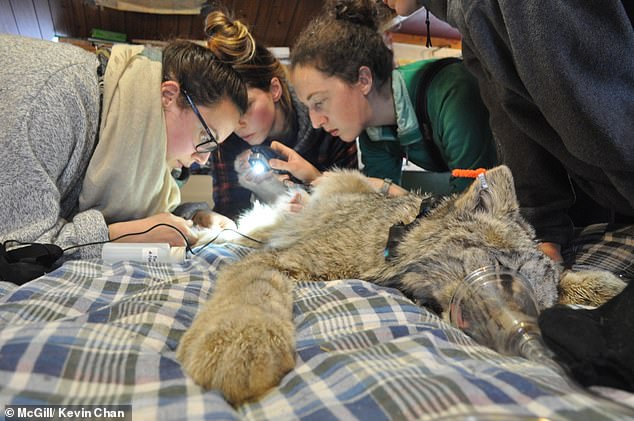 The experts were able to get 39 collars on 26 different lynx over a period of five years, Studd, a postdoctoral fellow at McGill University and the University of Alberta, told Canadian news outlet CBC.

They also heard ‘bones crunching, along with friendly and aggressive interactions between different lynx,’ she added in the statement. 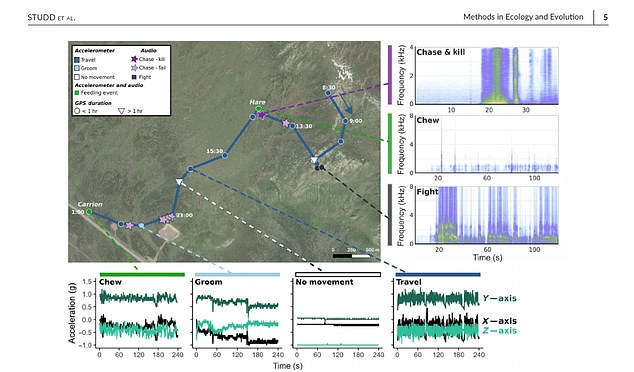 The researchers used the GPS of the Fitbit to track the behavior of a male lynx over one day. They looked at acoustic (right) and acceleration (bottom) signatures from each of hte devices. 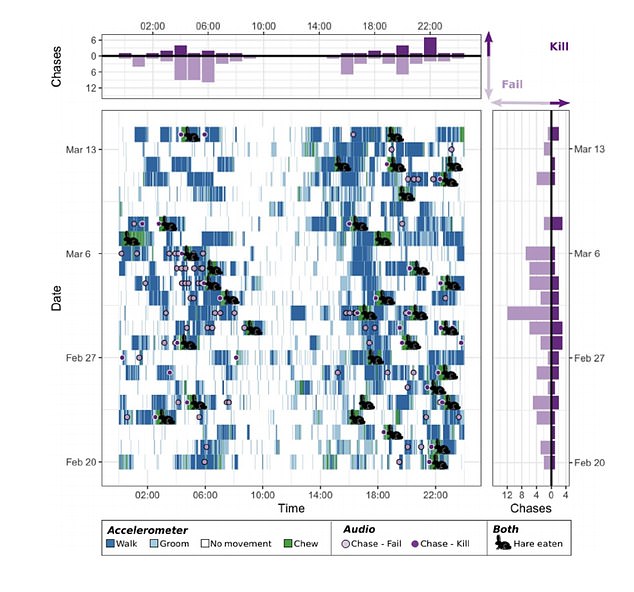 An actogram of a male lynx with continuous behavior over 1 month, as measured by the Fitbit and the spy mic

Weighing between 15 and 30 pounds and 30-35 inches in length, lynx are spread broadly across Canada and Alaska.

As of March 2000, they were listed as threatened in the contiguous 48 states by the U.S. Fish & Wildlife Service, due to human activities, according to the National Wildlife Federation.

Researchers do not have an estimate on how many are left in North America, given how stealthy they are.

In March, a Canadian farmer filmed himself grabbing a lynx by the scruff its neck and yelling at it for killing his chickens.