Teddi Mellencamp revealed she would be limping into the new year on Friday with an Instagram photo of a new foot injury.

The fired Real Housewives Of Beverly Hills star looked down in the dumps as she hopped about in a pharmacy while crutches.

Limping into 2021: Teddi Mellencamp, 39, revealed Friday that she had fractured her foot and was going to be in a boot for ‘4-6 weeks’

Teddi originally expected to have to wait all weekend to get a boot ‘because apparently foot fractures are all the rage and there’s not a boot in all of LA!’

She had been playing pickleball, a tennis-like sport in which players uses wooden paddles to hit green wiffle-like balls. 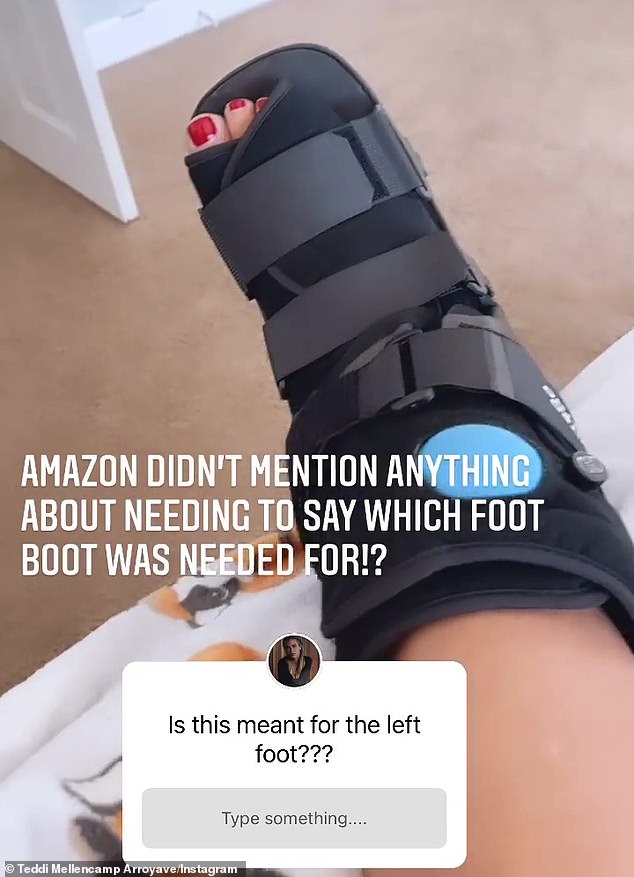 Rare goods: Teddi rush shipped a boot from Amazon after she couldn’t find one over the weekend in LA, but then she freaked out that she might have gotten it for the wrong foot 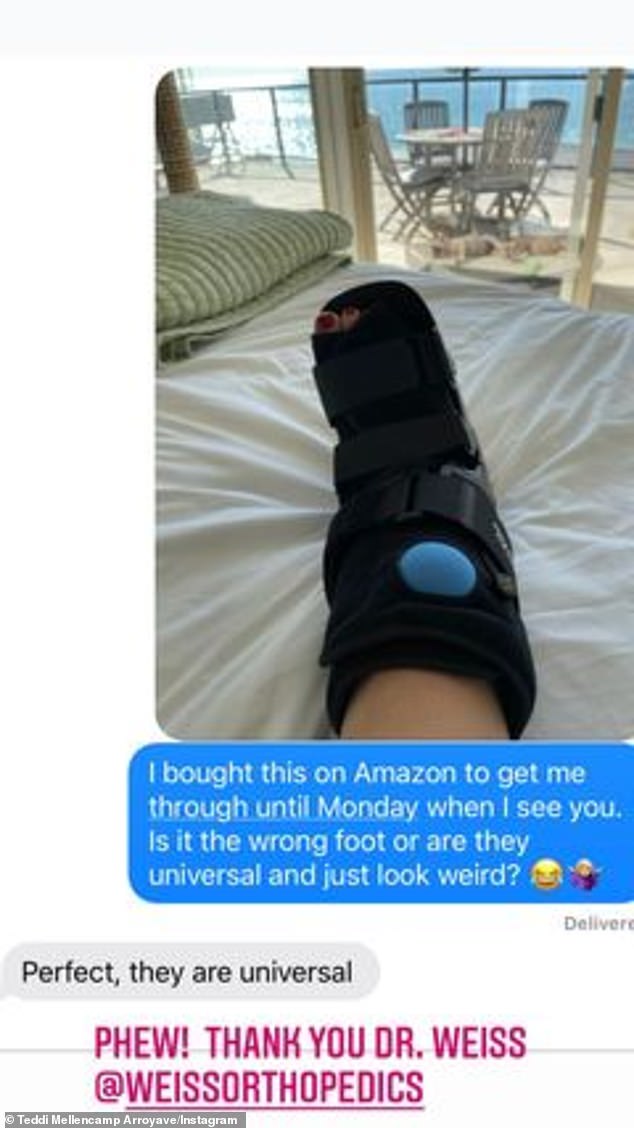 Phew! Her doctor put her at ease by confirming the boots are universal while Teddi relaxed with it on in bed

Although Teddi didn’t expect to get her foot taken care of until Monday, she got some early relief after finding a boot on Amazon and getting it rush shipped.

She shared a video of her new footwear to her Instagram Stories, though she worried she might have gotten the wrong product.

‘Amazon didn’t mention anything about needing to say which foot boot was needed for!?’ she wrote after a fan asked if it was designed for the correct foot.

She breathed a sigh of relief after her doctor weighed in and clarified that the boot was ‘universal.’ 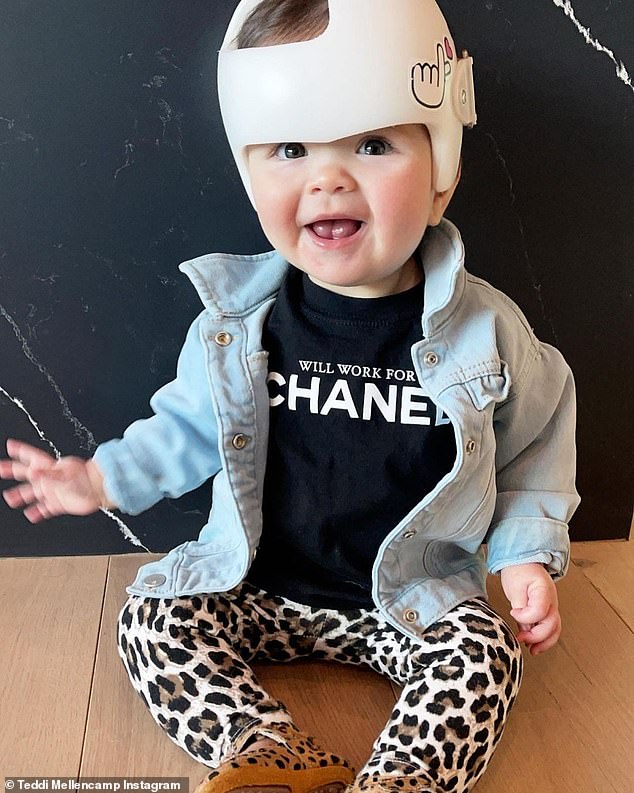 Mother–daughter time: While the daughter of John Mellencamp was trying to stay off her feet, she had plenty of time to spend with her 10-month-old daughter Dove 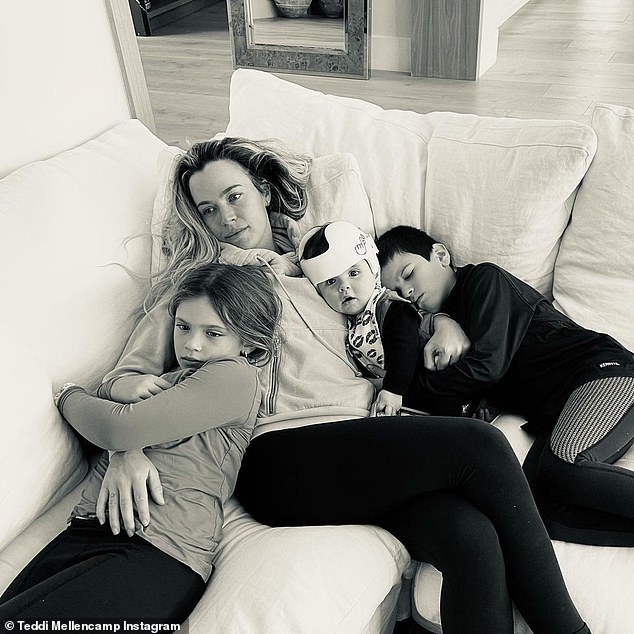 Taken care of: Dove had surgery for lambdoid craniosynostosis in July, a condition in which the seams on a baby’s skull fuse prematurely, putting pressure on the brain as it grows

While the daughter of John Mellencamp was trying to stay off her feet, she had plenty of time to spend with her 10-month-old daughter Dove.

Her baby has been sporting some gear of her own with a partial helmet to help correct her lambdoid craniosynostosis.

The rare condition occurs when the seams on a baby’s skull that allow it to grow over time are prematurely fused, which can lead to a misshapen head.

The condition can also increase pressure on children’s brains as they develop, which can lead to brain damage if the brain isn’t given room to grow.

In July, Teddi revealed that her daughter had had a successful surgery to correct the condition.

In addition to her youngest, the former RHOBH star shares her son Cruz and her daughter Slate with her husband Edwin Arroyave. 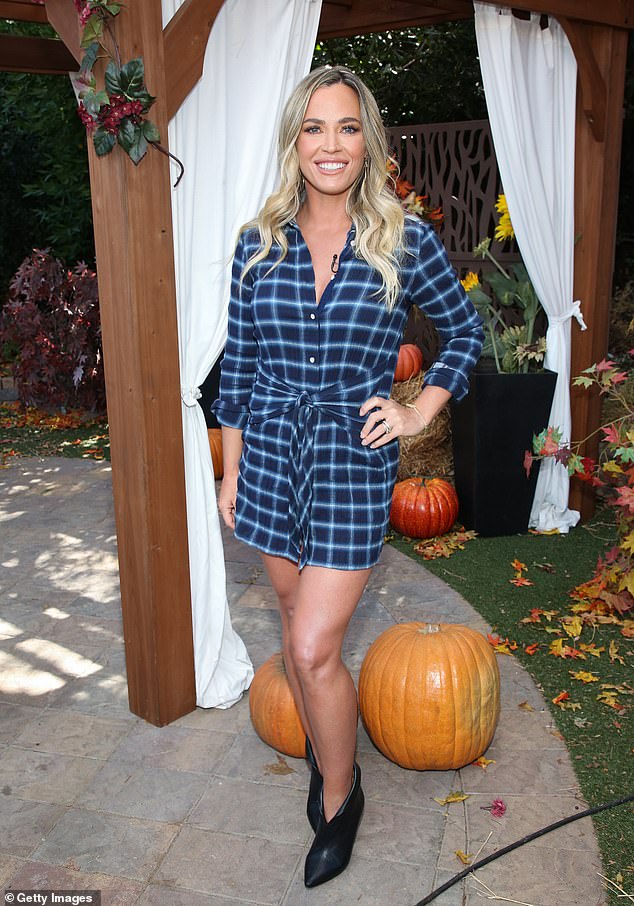 Happy family: In addition to her youngest, the former RHOBH star shares her son Cruz and her daughter Slate with her husband Edwin Arroyave