A 16-year-old boy has been charged with allegedly stabbing and sexually assaulting a female student in a frenzied attack at a school in Adelaide’s north-east.

Police were called to Avenues College, in the suburb of Windsor Gardens, on Wednesday after reports a young woman was attacked with a box cutter and a pair of scissors.

It is alleged the boy indecently assaulted the 18-year-old student before stabbing her multiple times in the throat, lower left leg and abdomen.

An 18-year-old woman (pictured) was rushed to hospital in a serious condition on Wednesday, with police charging a 16-year-old boy from Salisbury North over the alleged stabbing

Paramedics attended the scene where was then rushed to Royal Adelaide Hospital by ambulance in a serious condition.

The alleged rampage sent the school into lockdown with reports some students were told to hide under their desks.

Police later arrested a 16-year-old boy from Salisbury North and charged him with causing harm to another and indecent assault.

He was granted bail and is due to appear at Adelaide Youth Court on September 30. 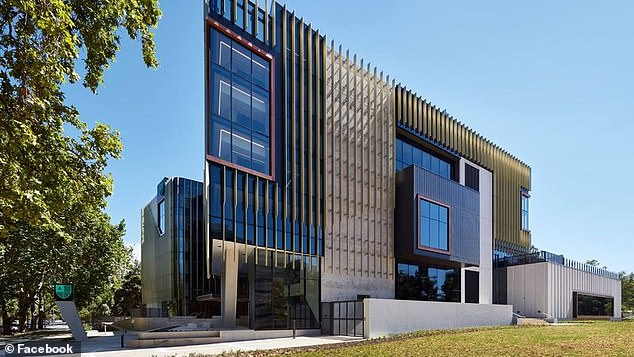 The violent attack comes a day after another student was stabbed at Adelaide Botanic High School.

Police allege a pair of scissors was used to stab the student at the college on Frome Road, in Adelaide’s CBD on Tuesday.

The teen suffered minor injuries and was able to be treated by the school.

A 13-year-old boy was charged with aggravated assault, common assault and carrying an offensive weapon, appearing the Youth Court on Wednesday.

He was granted bail and his next hearing is scheduled for September.