Neighbors in Virginia say a 17-year-old boy charged in the deadly shooting of his girlfriend’s parents say the teen mowed a swastika about 40 feet across across into the grass of a community field earlier this year.

Lorton resident Penny Potter tells The Washington Post that after the incident two months ago, neighbors talked to the young man’s parents instead of going to the police to report the Nazi symbol in the grass.

The 17-year-old has been charged with two counts of murder in the deaths last Friday of 48-year-old Scott Fricker and his wife, 43-year-old Buckley Kuhn-Fricker. The youth, who turned the gun on himself, remains hospitalized in critical condition.

Red flag: Neighbors say the 17-year-old boy who has been charged with shooting dead Buckley Kuhn Fricker, 43, and Scott Fricker, 48 (pictured with their children) had mowed a 40-foot swastika into a community field two months prior to the slayings

Family and friends say the couple found a Twitter account they believed to be linked to the youth. Friends say the account retweeted posts praising Hitler and making derogatory comments about Jews.

Fricker and his wife were shot dead on Friday at 5am after allegedly finding their daughter’s boyfriend in her bedroom.

He was driven to carry out the killings after Ms. Kuhn Fricker reported him to the private school he and her daughter attend together, it was claimed.

Neither of the pair is being named because they are underage.

The 17-year-old boy was charged with two counts of murder on Saturday afternoon as he clung to life in the hospital.

Potter, the boy’s neighbor in Lorton. told The  Post that when local residents confronted his parents about the swastika in late October, the couple reassured them that they were going to seek treatment for their son, who was known in the community for being troubled.

The neighbor said that the discovery of the hate symbol in their safe, family-friendly town made her feel fearful that there was someone in their midst who was capable of ‘irrational behavior,’ she told the paper.

The community lot was later re-mowed by neighbors to obscure the swastika.

According to friends of the Frickers who spoke toThe Washington Post, on Sunday, Ms. Kuhn Fricker sent an email to the Fairfax County private school outlining her concerns.

She had found Twitter messages and posts on her daughter’s phone which she believed were written by her boyfriend.

In her email to school staff, she said the boy was a ‘monster’ who was ‘spreading hate’.

Ms. Kuhn Fricker, who ran an elderly care business, was determined to keep him away from their impressionable daughter who she feared he was indoctrinating, they said.

On Wednesday, she and her mother Janet staged an intervention with the girl to try again to persuade her to dump him. It was successful – after a long conversation about Jews and the Nazis, the girl agreed to break off the romance, they said.

It is not clear if the school made contact with the boy’s family or if it was the teen herself who told him of her decision.

Ms. Kuhn Fricker believed the issue was settled and told friends of her relief.

But on Friday at 5am, she and her husband went to their daughter’s room after hearing a noise and found him inside. 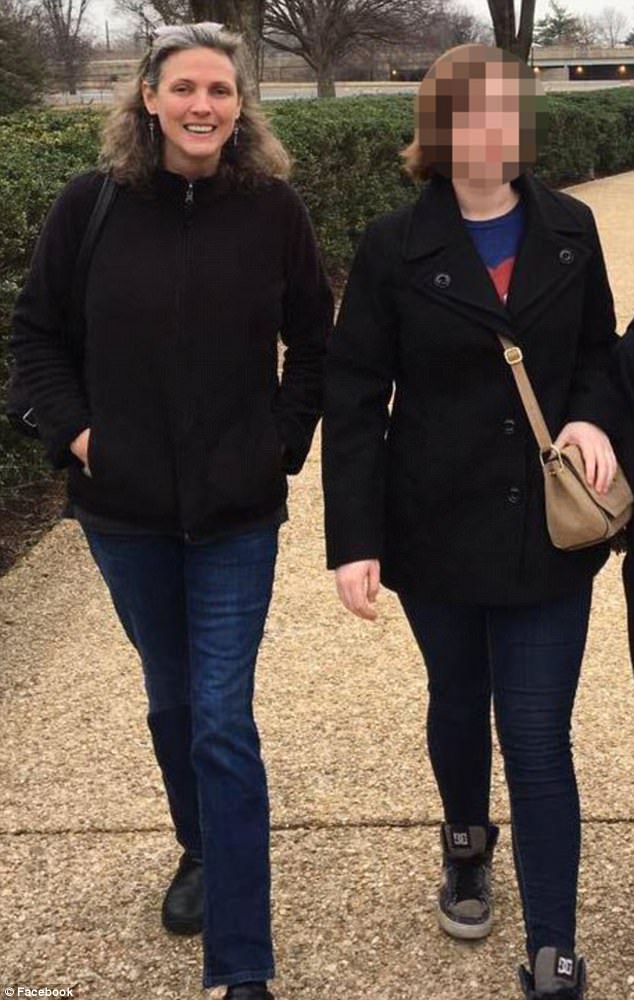 According to her friends, Ms. Kuhn Fricker had been trying for months to split her daughter (above) and the boy up because she was concerned about his anti-semitic views 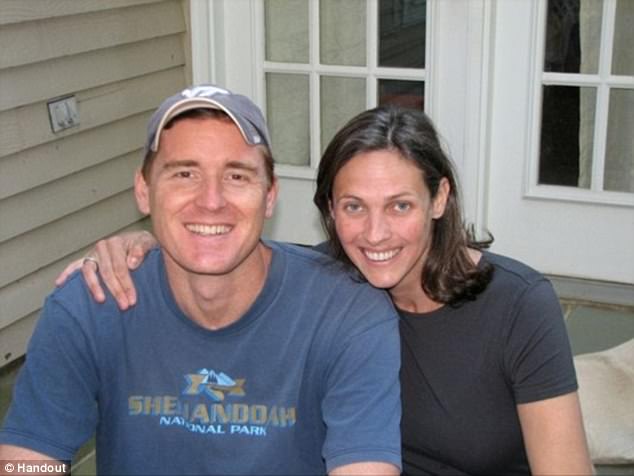 At 5am on Friday, the couple heard a noise coming from their daughter’s bedroom. When they went to check on her, they were confronted by her boyfriend, authorities say 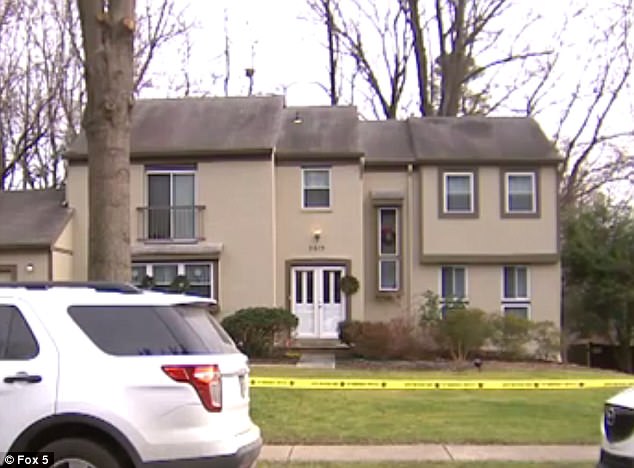 The shootings happened at the couple’s $760,000 home in Reston, Virginia, where they had relatives staying. The family had all gathered for Christmas

At some stage afterwards, he pulled the weapon on them, police say.

Authorities have not indicated whether they believe he intended to shoot the teenage girl, himself, or her parents.

It remains unclear how he got the gun and who it belongs to. His family declined to comment when approached.

Scott worked for the US Bureau of Labor Statistics while Buckley was an attorney and author who specialized in elder care and end-of-life issues.

She started a company to help the elderly in 2005 called Buckley’s For Seniors, which she ran from home.

Her small team contacted out with seniors who maintained their independence but needed help getting to stores and doctors, and in accomplishing other chores

Four months ago, the Fricker family moved from a smaller home in Reston into the bigger one on Black Fir Court where the fatal tragedy occurred.

Police say several people were inside the home when the shooting happened.