The teen driver who allegedly ran a red light, fatally hit a cyclist and smashed into an SUV in a horror crash in New York has been charged with reckless manslaughter and released on bail.

Umar Mirza Biag, 18 of Rego Park, Queens was allegedly driving at 60mph in a 2019 gray Dodge Charger when he recklessly ran the red light and struck and killed 52-year-old cyclist Jose Alzorriz at an intersection in Coney Island on August 11.

Baig was initially questioned then released without charges.

He was arrested and arraigned Wednesday in Brooklyn Supreme Court and was seen stone-faced emerging from Brooklyn Detention Center around midnight early Thursday morning after posting bail.

Teen driver Umar Mirza Biag, 18, was stone-faced as he walked out of Brooklyn Detention Center on bail early Thursday morning, shortly after midnight 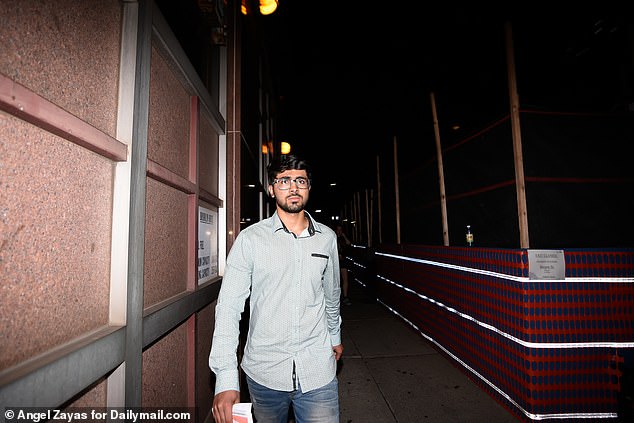 On Wednesday Biag was charged with manslaughter and negligent homicide after he drove his Dodge Charger vehicle through a red light in Coney Island and crashed into an SUV, killing a cyclist and injuring a pedestrian 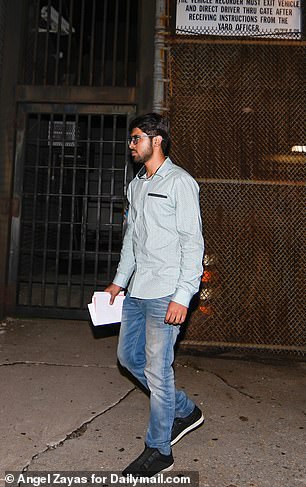 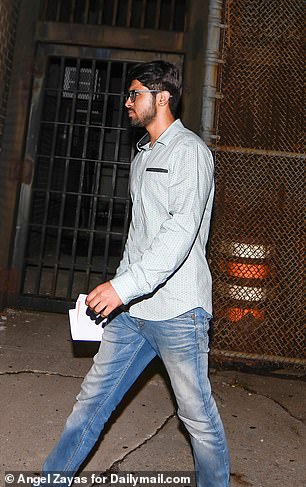 Following the August 11 crash he was questioned but released by police. He was arrested and arraigned on Wednesday and charged with second-degree manslaughter, second-degree assault, criminally negligent homicide and other charges but was released on bail

At the Wednesday arraignment Baig was charged with second-degree manslaughter, second-degree assault, criminally negligent homicide and other charges.

If convicted of manslaughter, he faces a maximum sentence of five to 15 years in prison.

The horrific crash was caught on a nearby car’s dashcam camera and shows the terrifying moment Baig runs the red light on August 11 at 12.27pm while going southbound on Coney Island Avenue.

The harrowing clip shows Baig driving at speed in his gray Dodge sedan and slam into a blue Honda Pilot SUV travelling across the junction, sending it spinning across the road. 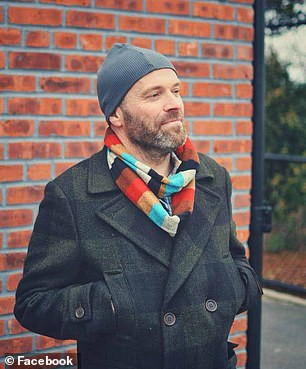 In the August 11 crash Biag fatally struck Jose Alzorizz, 52, making him the 19th cyclist to be killed in New York in 2019. His friends said that he was cautious on the roads, making this event all the more ‘tragic’

As the Honda was forced diagonally across the intersection it hit Alzorizz, who was on his bike waiting for the light to change on the northbound lanes of Coney Island Avenue.

The 52-year-old cyclist was violently thrown off his bike and got pinned between a brick wall and the Honda.

Paramedics rushed to the scene and took him to Coney Island Hospital, where he was pronounced dead. In the crash Alzorriz sustained internal bleeding and spine trauma.

‘He didn’t stand a chance, it was so fast,’ witness Simon Gifter told CBS2.

One of his friends, Amanda Hanna McLeer, said that many of the victim’s friends suffered from bike injuries so he was always very careful.

He knew how ‘important it was to be safe and that’s why it’s so tragic.’

Baig was driving at 61mph in a 25mph zone at the time of the crash and ran through the intersection at least five seconds after the light turned red, according to the District Attorney’s Office. 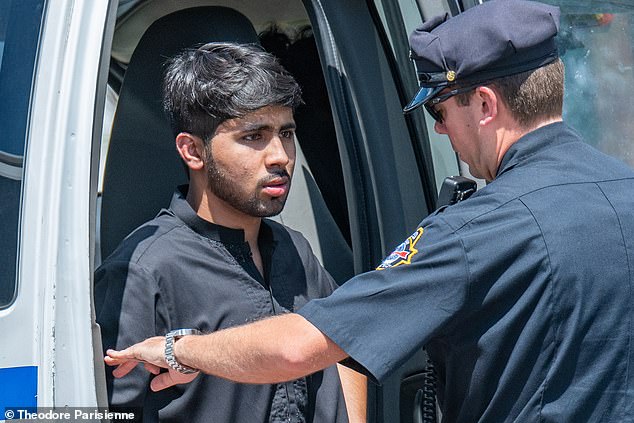 Umar Baig, 18, allegedly ran a red traffic light and struck another car, which careened into cyclist Jose Alzorizz, 52, who was pulling up at the crossroads in Brooklyn 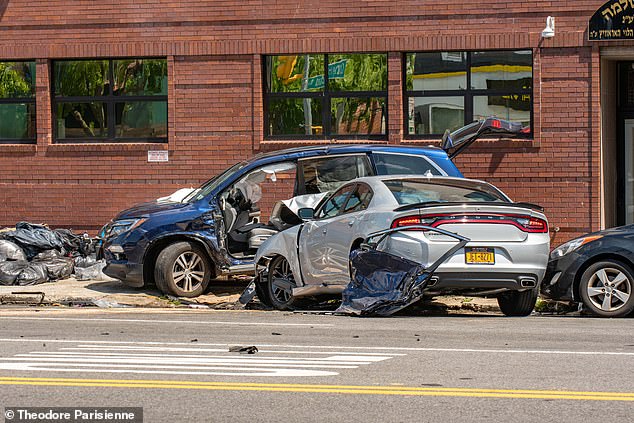 The silver Dodge Charger driven by Baig crashed into the blue Honda Pilot on Sunday, causing it to crash hit the cyclist 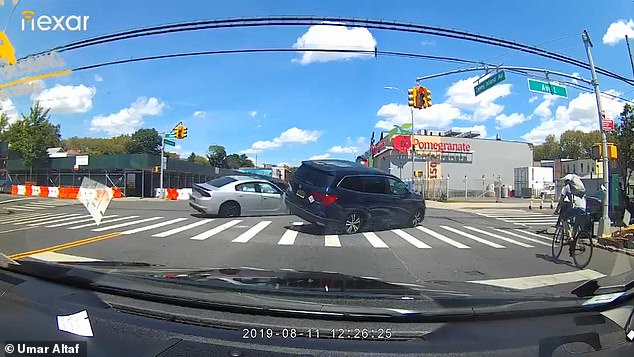 The grey sedan, driven by Umar Baig, 18, collides with a blue Honda SUV and sends it spinning towards cyclist Jose Alzorizz, right, who has pulled up at the lights in Coney Island, New York 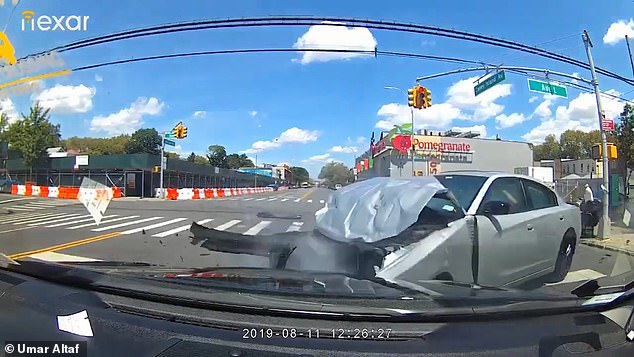 Dash cam footage shows the teenager’s smashed up grey sedan spinning across the road. One of the vehicles then mounted the pavement and also seriously injured a pedestrian

‘He was not intoxicated. He didn’t have a suspended license, so we have the video evidence of him going through the light. We’re ready to charge him, but we have to work with the DA’s office,’ NYPD Chief of Department Terence Monahan said following his arrest, according to CBS.

‘This tragic case illustrates the dangers faced by cyclists and pedestrians when drivers choose to recklessly ignore the rules of the road,’ Brooklyn District Attorney Eric Gonzalez said.

‘I urge all motorists to obey the speed limit, follow all traffic laws and yield the right of way to those who share our streets. If they don’t, they might take a life in an instant – and face serious criminal charges,’ he added.

The crash and death of the cyclist sparked outrage among New York politicians.

Mayor Bill de Blasio said that there ‘should be numerous charges’ following the horrific crash.

‘If you kill someone through your negligence, maybe that’s not murder one, I’m not a lawyer, but I’d say it should be a serious, serious charge with many years in prison because it’s negligence. It’s not that something unavoidable happened and the driver was put in a horrible situation,’ he said in an interview with NY1.