New driver, 17, dies in horror head-on crash just seconds after a cop decided to pull her over – as her brand-new puppy escapes the wreck unscathed

A teenage girl has been killed in a horrific head-on crash just moments after a police officer decided to pull her over.

Sky Heffernan, 17, was killed on Monday when she collided head-on with a van on Bulga Road near Wingham in northern NSW.

Ms Heffernan was driving with a puppy she bought one week earlier when a highway patrol officer passed her moments before the fatal collision.

New South Wales teenager Sky Heffernan, 17, (pictured) was killed on Monday after the Ford Falcon she was driving collided head on with a van near Wingham 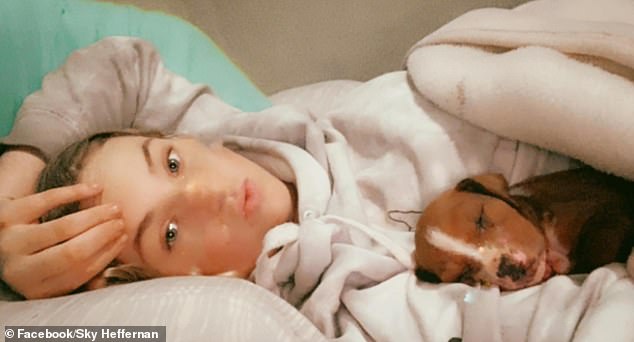 The officer performed a U-turn and intended to pull the teenager over thinking she may have been speeding.

By the time he caught up to Heffernan’s Ford Falcon it had already collided with a van heading in the opposite direction.

The teen suffered fatal injuries and died at the scene while the male driver of the van suffered non-life-threatening injuries and was taken to John Hunter Hospital.

Heartbroken friends of the apprentice mechanic took to social media to pay tribute to the ‘beautiful and outgoing’ teenager.

Emilee Cuthbertson got a tattoo of her friend’s name, date of birth and date of death on her shoulder before sharing a picture on social media.

Another friend took to social media sharing pictures of Ms Heffernan along with words of love and sorrow.

‘Fly high baby. I love you and all the memories we’ve made. I’ll miss you deeply, it still doesn’t feel real,’ she wrote.

‘Forever beautiful, #17 forever, I’m going to miss your smile around town and so much more. Fly high beautiful and may you Rest in Peace,’ another friend posted.

An investigation into the collision has been launched by the Mid North Coast Crash Investigation Unit. 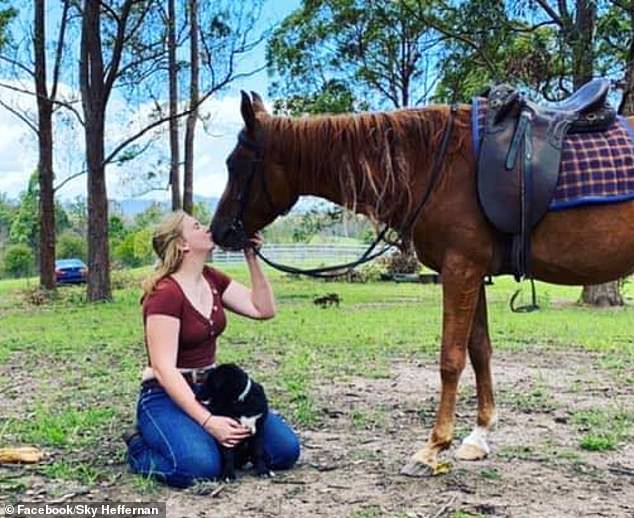