Teen security worker tried to blackmail G4S out of £1m

Daniel Garland, 19, is alleged to have sent a threatening letter to G4S’ depot in Teesside

A teenage security worker is accused of blackmailing G4S into handing over £1million after threatening to blow up its vehicles with bombs.

Daniel Garland, 19, is alleged to have sent a letter to the security giant’s depot in Thornaby, Teesside, in January.

It is claimed Garland warned bosses he had fitted explosives to vans and that he would ’cause harm’ to the partner and new-born baby of an employee while he was at work.

Garland, who used to work for G4S, denies two counts of blackmail at Teesside Crown Court.

A G4S van was robbed last December in Middlesbrough and the raiders, who got away with a substantial amount of cash, have not been caught.

Garland, from Chester-le-Street in County Durham, later claimed responsibility for the raid, the court was told.

He named two employees as being ‘inside men’ and said they had been paid so much for their information that he now required a further £1million, prosecutor Paul Rooney told the court.

Garland wanted the cash to be loaded into a red Volvo lorry that would be parked outside the depot the next day.

It said: ‘They [the two employees] were our eyes in the sky, they were the ones that helped us along the way.’

Before continuing: ‘Sadly, their help came at a cost, some of the money acquired was in their benefit. 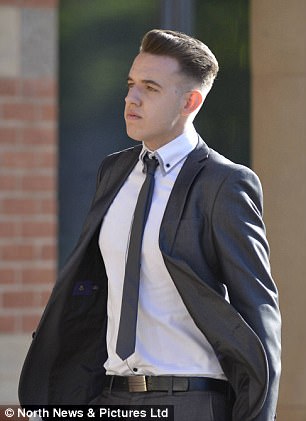 ‘Tell (one of the employees) ”Thank you, we are sorry that we have to turn you in”.

The letter also stated the mini bombs had been fitted to a number of G4S and employees vehicles.

It warned: ‘The bombs are all activated from a click of a button from our end, so I really hope you cooperate.

‘Our team will be heavily armed and are not scared to eliminate anyone or anything in our way.

‘If our truck is not loaded by 12.15 we will be forcing entry to get what we want.

‘Don’t think we are lying, (a member of staff) has already told us the best way to get to the vaults, through the coin cage and through the drum and boom we are in action baby.

‘Also, if our truck is not loaded and we have to force entry, or the police are there, we will have no option but to activate the bombs that are attached to the vehicles!!

‘So I highly recommend that you cooperate and save the lives of your employees.

‘Lives mean more than money Dean so do the right thing as a branch manager and give us the money and we will leave quietly without a fuss.’

The author claimed to have played ‘Russian roulette’ with G4S vans, saying some had bombs and some did not. 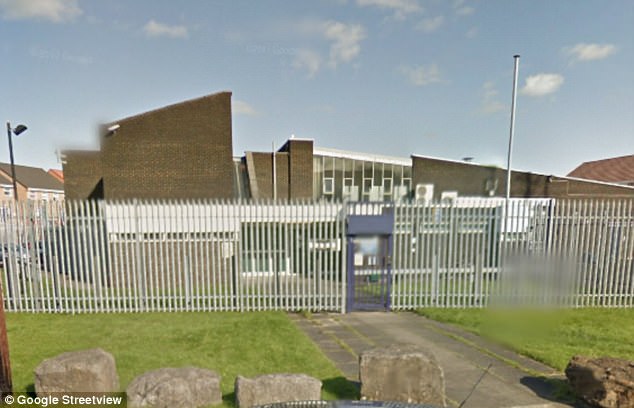 He also said he had been told by the alleged insiders about another colleague whose partner had just had a baby.

‘Now he is back at work leaving his partner and baby alone during his working hours.

‘If we do not get our money we will be paying them a visit when they are alone’, he threatened.

Mr Rooney asked Mr Jeffels: ‘Have you ever received a threat so sinister as that in your position before?’

The message also said the robbers would be heavily armed and were not ‘scared’ to force their way into the depot if £1 million in notes was not there for them.

Mr Rooney said: ‘It was reiterated that failure to load £1 million into the lorry, or if the police were present, would result in the bombs being detonated.

‘This was blackmail, say the Crown.’