Teenage girl, 17, died when she crashed her Suzuki car head-on into a lorry

Georgia Walton, 17, was killed in the crash just six months after passing her driving test

A 17-year-old driver who died after crashing head-on into a lorry may have been distracted by WhatsApp and Snapchat messages on her phone, an inquest heard today.

Georgia Walton was killed in the smash in Market Drayton, Shropshire, just six months after passing her driving test when she hit the HGV last November.

She became ‘momentarily distracted’ before drifting onto the opposite side of the road in her Suzuki Alto and struck the Renault truck, the hearing was told.

Despite the best efforts of other drivers and emergency services, the teenager was pronounced dead at the scene.

Stoke-on-Trent Coroner’s Court heard the crash could have occurred after she became distracted by her phone.

Georgia had been sending and receiving instant messages on WhatsApp and SnapChat just a minute before the accident at about 10.30pm on November 26.

Last Thursday, David James, the assistant coroner for Stoke on Trent and North Staffordshire, concluded Georgia died as a result of a road traffic collision. 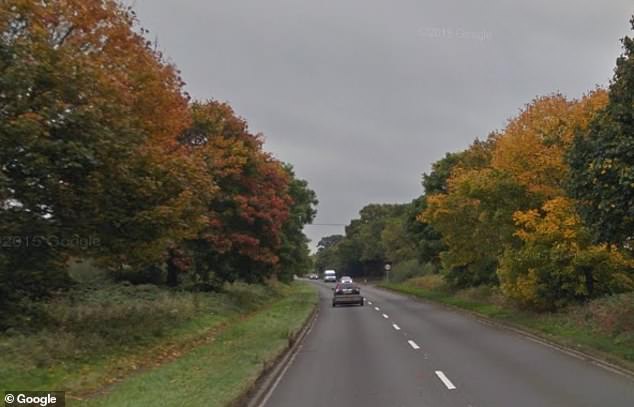 The accident happened on the A53 in the direction of Loggerheads, Shropshire (file picture)

He said: ‘It is my opinion that Georgia was distracted. I know we can’t be 100 per cent certain, I do not need to be because I can see no other reason for it.

‘It just emphasises to road users how even the most momentary distraction on a perfectly easy road to drive can result in such a catastrophe so quickly.

‘It doesn’t matter whether they are in a good mood or bad mood or they are 17 or 77, the momentary distraction of phone usage can so easily lead to such tragic consequences.

The court heard college student Georgia had been working at a stud farm last year before she went to see her boyfriend, Ethan Bagnall.

She returned to her parents’ home in Market Drayton and later left the address after they had gone to bed.

She was driving on the A53 in the direction of Loggerheads when her car started to drift and struck the front of the HGV.

Georgia’s car was extensively damaged and came to rest on a grass verge off the road. Her phone was found by the roadside nearly three weeks later by her parents.

An examination showed seven instances of data coming in and out between 10.29pm and 10.31pm – less than a minute before emergency services were called. 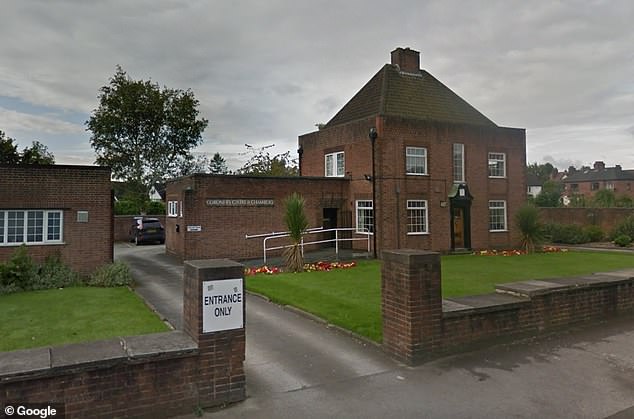 PC Andrew Talbot, of Staffordshire Police’s serious collision investigation unit, told the inquest: ‘Her telephone was in use up to a minute of the collision.

‘We can’t say whether the phone was in the holder or whether she was using it in her hand.’

The inquest heard lorry driver Daniel Bell, of Carlisle, had just 0.7 seconds to react as Georgia drove towards his vehicle.

In a statement read to the inquest, Mr Bell said: ‘I was coming to an S-bend. The road was heading to the left, then to the right.

‘As I was coming through the first part of the bend I could see headlights coming from the opposite direction.

‘The car was 50 yards away from me when I realised it was starting to drift towards me. I started to brake.

‘The vehicle did not change course and kept coming towards me, crossing over the centre white line into my lane. The car hit the middle of my cab. There was an almighty thud.’

Mr Bell immediately went to the Suzuki and comforted Georgia and told her the emergency services were on their way.

Other motorists, including an army medic, police officers and paramedics tried to resuscitate the teenager, but she was pronounced dead at the scene at 11.06pm.

Consultant pathologist Dr Hiam Ali, who carried out a post mortem examination, gave the cause of death as multiple injuries.