A teenage girl has said she was thrown out of President Trump’s Mississippi rally in Southaven on Tuesday night because of the clothes she was wearing.

Alexis Cobb, 17, was wearing a Black Lives Matter T-shirt and said she wanted to see the President even though she doesn’t share his views.

The DeSoto High School student stood outside the Landers Center for two hours in line only to be turned away by someone wearing a Secret Service shirt when she got inside.

Alexis Cobbs was hoping to earn extra credit by going to a campaign rally for President Donald Trump in Southaven, Mississippi but she was told to leave by the Secret Service 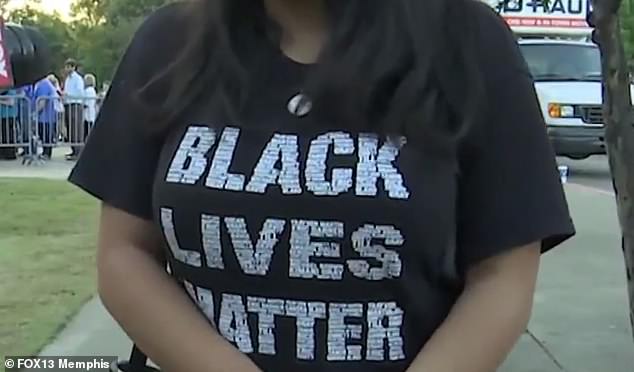 She was turned away by someone wearing a Secret Service shirt when she got inside. She believes her Black Lives Matter T-shirt is the reason she was asked to leave

‘The Secret Service man just walks up to me and tells me to follow him, and so I did. And once I realized I was out the door, like he pushed me out the door,’ Cobbs said to Fox13.

‘I was like ‘what?’ and he was like, ‘Don’t let the door hit your fingers on the way out!”

‘You know, it’s not OK,’ Cobb said. ‘It’s not OK for it to happen to anybody. It’s not OK for us to be so divided in our world that people who may not agree with what the President says cannot come and listen to him speak. There’s a problem with that.’ 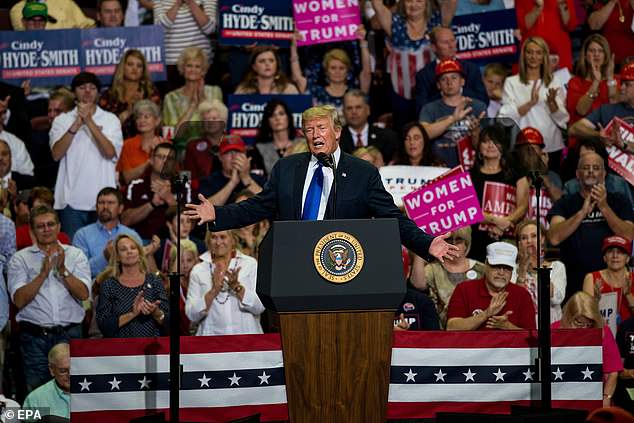 Once the doors opened, the crowd supporters filed in after hours of waiting to take their seats to see the president, but Alexis Cobbs was not among them 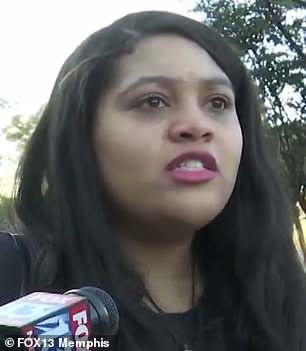 Cobbs still argues that Trump is sending the wrong message to Americans. ‘Everything he says basically is not well thought out, and once even more the world is laughing at us.’

‘I didn’t realize wearing a shirt could just disqualify you from listening to a sitting president speak,’ Cobbs continued. ‘I didn’t know only people who actively identify as Republicans were the only ones able to come in here and listen.’

Cobb said she was waiting in line at a concession stand when a Secret Service approached her and asked her to leave.

Cobbs argues that Trump is sending the wrong message to Americans.

‘Everything he says basically is not well thought out, and once even more the world is laughing at us,’ Cobbs said.

She has said that the incident has made her want to run for public office when she is old enough.

DailyMail.com has reached out to the Secret Service for comment on the allegation but has yet to hear back.