‘You’ve saved my daughter’s life’: Emotional father thanks Good Samaritan who freed his teenage daughter from a vile sex attacker trying to pull her into bushes

By Charlie Coë and Thomas Duff For Daily Mail Australia

An emotional father has thanked a Good Samaritan who bravely intervened after a sex attacker assaulted his daughter and tried to drag her into the bushes.

The 18-year-old girl was on her way to her job at a supermarket about 5.40pm on Thursday, and when the perpetrator came up behind her she originally thought it was her friend giving her a surprise hug.

But it was in fact an unknown man who said ‘come with me’ and tried to drag her backwards in Craigieburn’s Malcolm Creek Park outside of Melbourne, police told reporters on Friday.

Police revealed the man who intervened had rushed to her aid and pulled her away from her attacker after she screamed out in distress.

The passer-by had been with a woman and a child at the time of the assault.

Her father Jason spoke of how his daughter was a ‘bright, bubbly and very funny’ person before tearing up as he offered his thanks to the person who helped save her.

‘I would like to find out who those people are that helped her – and say thank you for what you have done because you have ultimately saved my daughter’s life,’ he said.

The father revealed he was at his son’s basketball practice when his daughter called him to tell him what had happened – who was only five minutes or so away from work when she was attacked. 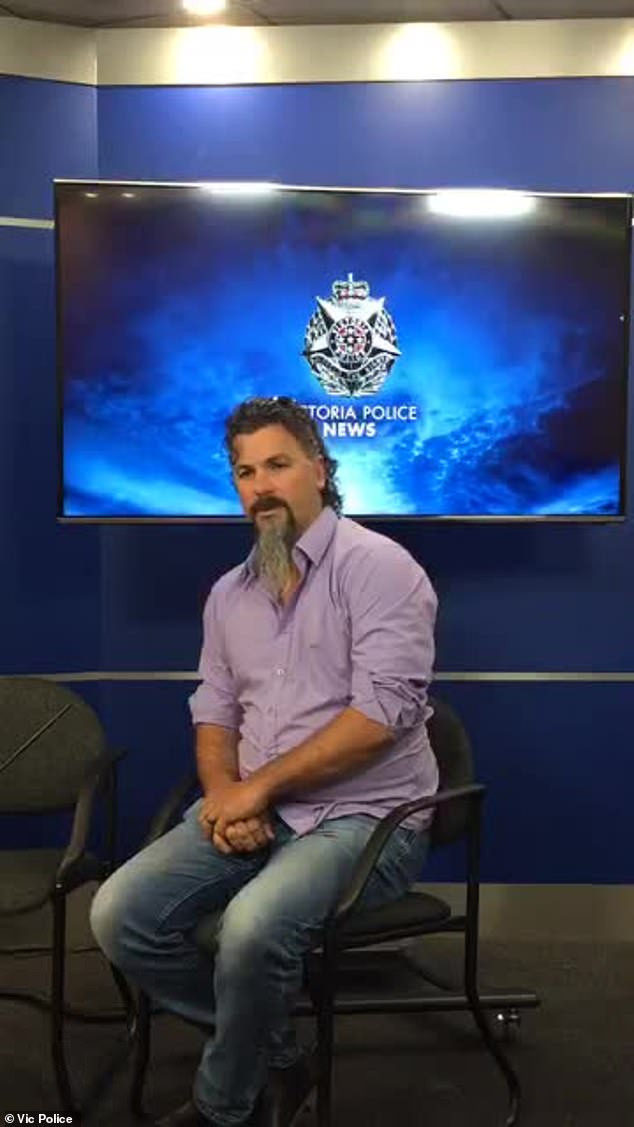 ‘I would like to find out who those people are that helped her – and say thank you for what you have done because you have ultimately saved my daughter’s life,’ her father said

‘I would like to find out who those people are that helped her to thank them, and say thank you for what you’ve done because you’ve ultimately maybe saved my daughter’s life.’

The man who intervened has not come forward and police are actively searching for the sex attacker.

Police described the attacker as Caucasian, in his 20s, of thin build, wearing a baseball cap and standing at about 183cm and has dirty brown or dark hair. 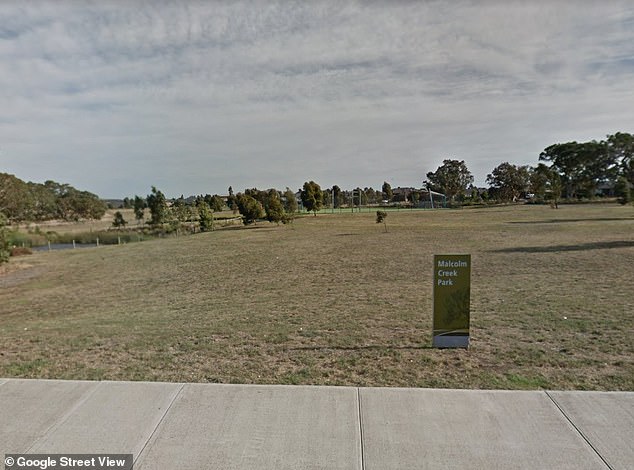 A couple were walking with their pram through the Malcolm Creek Park (pictured) in Craigieburn outside of Melbourne when they heard the girl scream and quickly intervened.