Girl, 16, is rushed to hospital after being bitten by a shark while boogie boarding with friends in Florida

A 16-year-old girl has been rushed to hospital after being bitten by a shark in Florida.

Jackie Jozaitis was boogie boarding with friends in the waters off Amelia Island early Friday when the attack occurred.

The group had gathered out in the ocean to watch the sun rise when the teen suddenly felt a bite on the back of her foot.

Jozaitis, who was vacationing in the area, managed to make her way out of the water and reach the nearby pool deck of the hotel where she was staying.

According to WFLA, staff at the resort were able to slow her bleeding until paramedics arrived on the scene.

They quickly transported the teen to the emergency room where she received treatment.

Doctors were not able to determine the type of shark that attacked Jozaitis, but say the predator came within an inch of severing her Achilles Heel.

Jozaitis will need physical therapy for the next six weeks before she can properly walk again.

Speaking on Sunday, the high school student – who has now returned to her hometown of Sarasota, Florida – thanked medics for their care. 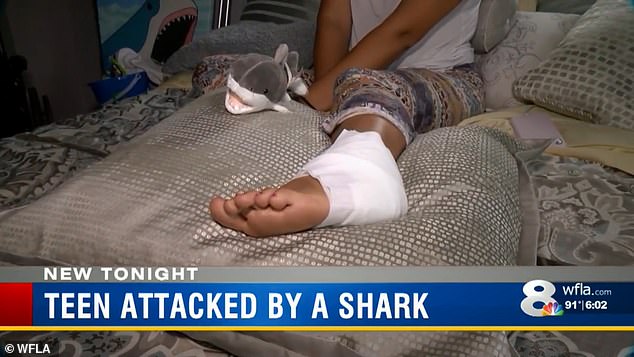 Doctors were not able to determine the type of shark that attacked the teen, but say the predator came less than an inch to severing her Achilles Heel 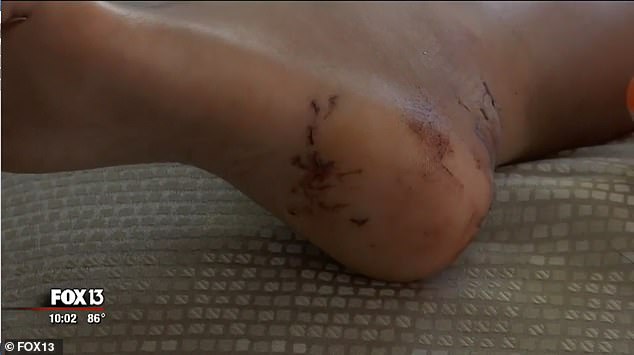 Jozaitis will need physical therapy for the next six weeks, but the teen says she will return to the water as soon as she can

‘They were so amazingly helpful and friendly,’ she told WFLA, revealing that one doctor followed up with a phone call.

Local Sheriff Bill Leeper told CNN that shark attacks are not common in the area, but he did urge swimmers to be vigilant over the course of the summer.

Meanwhile, Jozaitis says the terrifying attack hasn’t turned her off ever returning to the water.

‘I think after I heal, and the water is clear and I can see where my feet are, I’ll be okay!’ she optimistically told the news network. 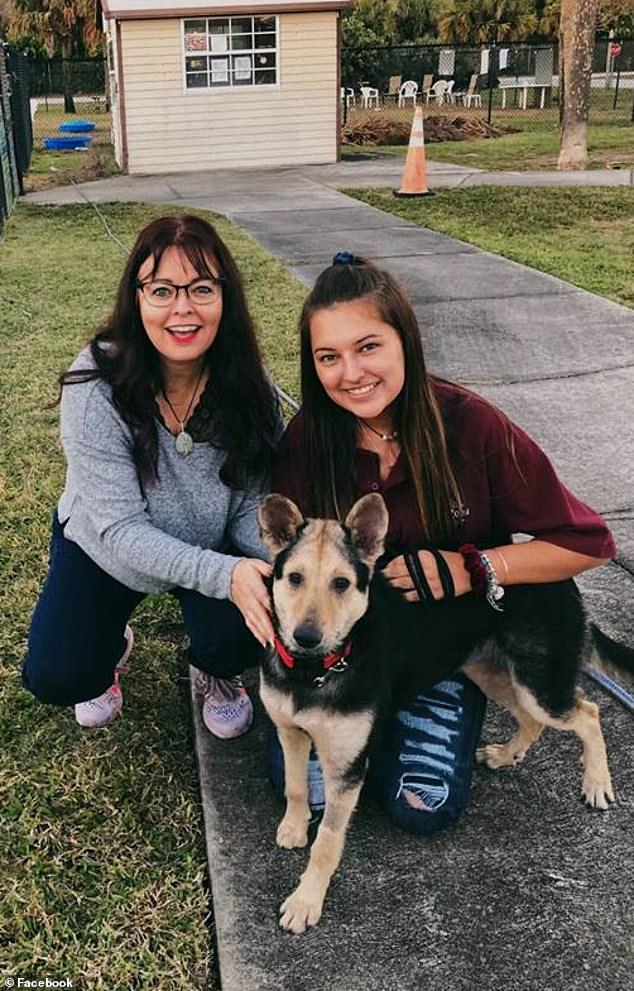 Jozaitis is pictured in a social media snap with her mom