Two brazen teenage shoplifters shoved and hurled abuse at Woolworths staff when they were caught stuffing items into their hoodies.

Footage posted online on Sunday shows the two girls unleashing on staff members at a Woolworths Metro in Broadwater, on the Gold Coast, on March 31.

As they lingered near the entrance after being kicked out for stealing, a worker ordered the duo to ‘leave immediately or I will call the police’.

But one of the girl – wearing a navy Tommy Jeans hoodie with bleached blonde hair and a black face mask around her neck – was determined to have the last word, storming back into the store to abuse the worker.

‘What c***? You f**king chicken nugget,’ the girl said, fronting up to the young female staffer before using both of her hands to push her in the chest.

An older worker quickly rushed to her colleague’s defence, stepping in front of the girl and demanding she leave.

‘Get the f**k out of this store! Get out!’ the worker yells, before grabbing the teen’s arms and shoving her back.

‘Don’t f**king touch me s**t,’ the teen shouts as she squares up to the woman, puffing up her chest, before goading: ‘You think I am scared of you?’

The teenager’s accomplice rushes over to drag her away, shoving a witness as she yanks her friend away.

Customers stopped to stare at the violent outburst, with one father protectively wrapping his arm around his daughter as the commotion unfolded.

The youths then marched out of the store’s front entrance, with the second girl cradling a bulge inside her jumper near her stomach.

Katrina Taylor, a lawyer doing her shopping, said she was pushed by the second girl after she began filming the standoff.

Ms Taylor said the girls were boldly packing store items into their clothes before trying to walk out of the store.

‘I only filmed the end of it, there was a lot more that happened,’ she told the Gold Coast Bulletin.

‘Both their hoodies were absolutely packed full of stuff, it was so obvious.’ 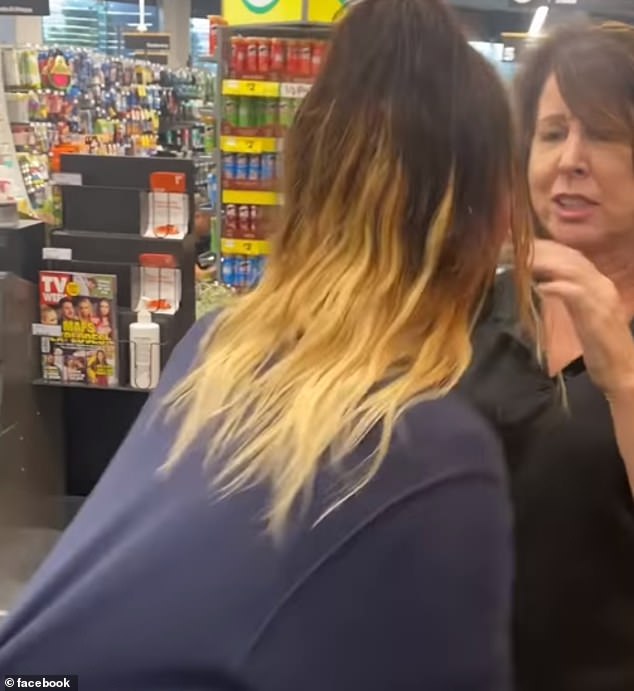 Ms Taylor said the girls became enraged when workers intervened and told them to return the items.

‘They just started absolutely screaming at the top of their lungs and swearing – they both had the most disgusting mouths on them,’ she said.

No charges have been laid over the incident, but the girls are banned from the store.

Queensland Police said officers attended the store after reports of an assault.

She said the girls had not been found and the investigation was ongoing, with anyone with information about their identities urged to contact police.

Woolworths said the safety of team members was its top priority.

‘We do not accept customer abuse or violence in any circumstance,’ it said.

‘Our team members do the very best they can to support customers, and deserve to be treated with respect on the job.

‘We continue to assist police with their inquiries and have taken steps to ban the customers from returning to the store.’

Woolworths offered the employees involved, and others who witnessed the assault, access to counselling services. 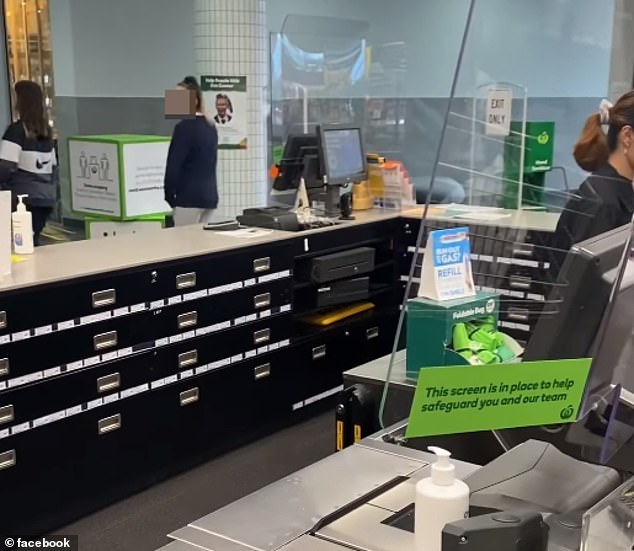 Charges are yet to be laid over the incident, and Queensland police said the investigation is ongoing