Teenager, 15, moved school three times and was even attacked in class before video was final straw

The parents of a schoolgirl who was told to commit suicide by classmates in a series of Snapchat videos say she was repeatedly bullied for the last three years.

Michelle and Aaron Panozza moved from Melbourne to the Gold Coast with their daughter Amber, 15, three years ago, and they say as soon as she started school the bullying started.

Speaking to A Current Affair, Mrs Panozza said Amber was a ‘fun-loving’ and ‘healthy’ girl when they arrived but within two years she was in hospital.

Michelle and Aaron Panozza (pictured) moved to the Gold Coast with their daughter Amber, 15, three years ago, but they say as soon as she started school the bullying started 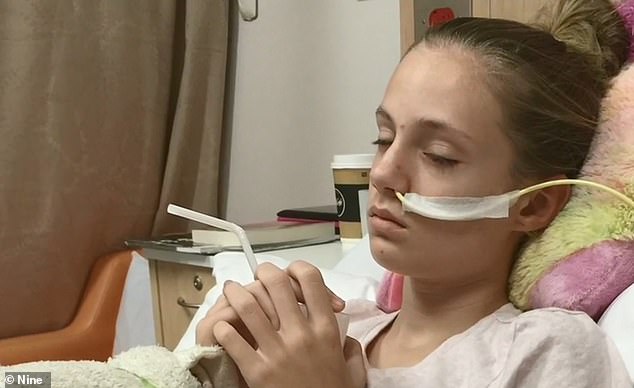 The parents of a schoolgirl, 15, told to commit suicide by a classmate in a harrowing Snapchat video have shared a photo of the bullied teenager in a hospital bed (pictured)

Mrs Panozza said her daughter spent three months in hospital with malnutrition due to ‘anxiety and depression’ as a result of the abuse she received at school.

The distraught mother said there’s no doubt in her mind Amber’s illness was a direct result of not eating due to bullying because doctors and psychologists told her so.

Mr and Mrs Panozza said they daughter had always been quiet and a little insecure, which made her the perfect target for schoolyard harassment.

Amber’s parents changed their daughter’s school three times hoping to evade the vicious attacks, but they claimed the abuse went from bad to worse.

By the time Amber started her third school, her mother said the verbal abuse escalated to physical attacks.

‘There had been boys that had been saying some quite vile things to her, and then one day they just decided that they’d come up and slap her legs as hard as they could,’ Mrs Panozza said. 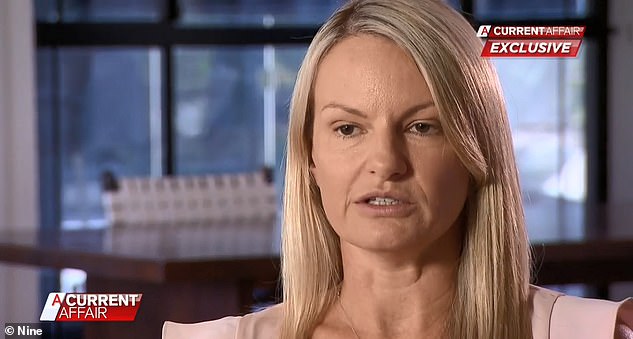 The attack was so severe it left welt marks and hand marks on her legs, which Mrs Panozza said further added to her daughter’s anxiety and fear of going to shcool.

She said they complained to the school – Helensvale High – and were told the boys would be punished but nothing came of the official report.

Mrs Panozza removed Amber from the school at the end of term three last year hoping to put an end to the abuse, but she then received the video three weeks ago.

Confronting footage showing the two schoolgirls hurling abuse at the teenager was deleted from Facebook after it was viewed tens of thousands of times in just hours. 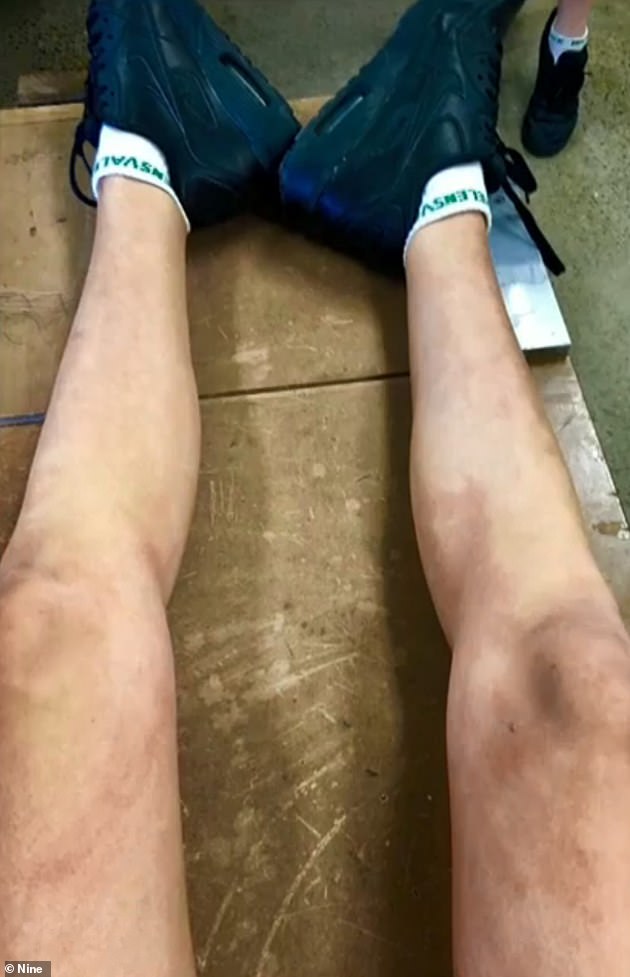 Speaking about her daughter’s latest torment, Mrs Panozza said ‘if that was my children on that video I would have taken them to the police station myself because that’s unacceptable behaviour’.

When asked about the father of one of the girls claiming the video was never meant to be taken seriously, Mr Panozza said he couldn’t believe the justification.

‘I cant believe it – in the video it’s clear that her intention was to push our daughter over the edge,’ he said.

The parents added Amber used to be friends with the girls in the video.

‘We had them in our home – they were her friends for a while and then we heard Amber started having problems with them,’ Mr Panozza said. 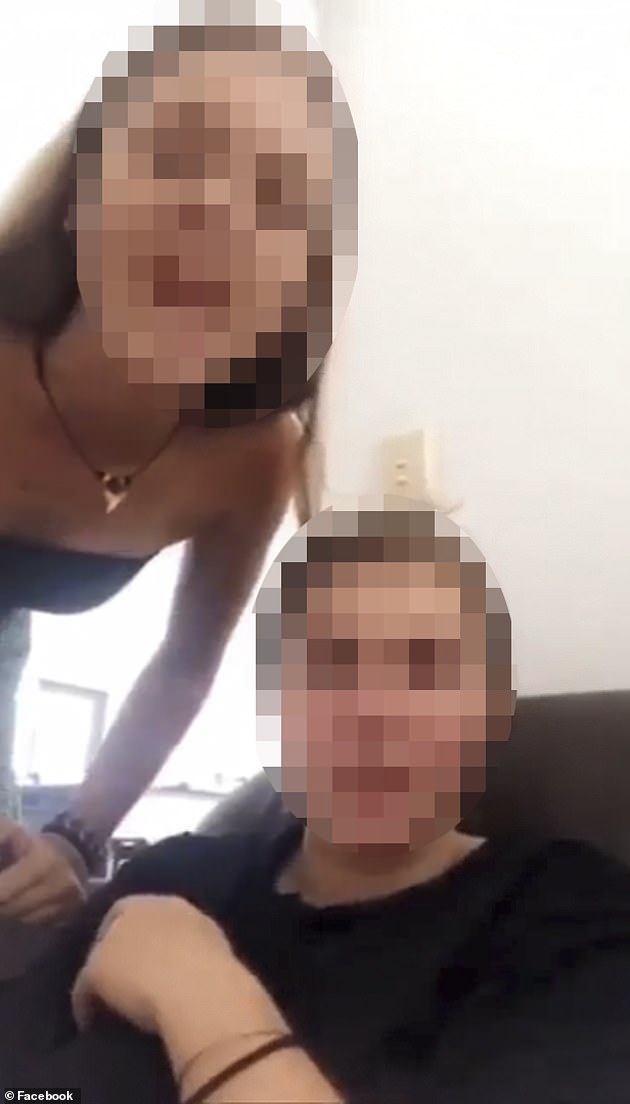 The family said they asked Queensland Premier Annastacia Palaszczuk for help when she was at a different school.

But they were told the government could not intervene as she was going to a private school.

One of the girls in the viral footage has since disabled her social media accounts and may face disciplinary action where she returns to school on Friday.

In the Snapchat videos, the main instigator in the tirade, a girl in a plain black T-shirt, spits and screams at the camera while another friend giggles in the background. 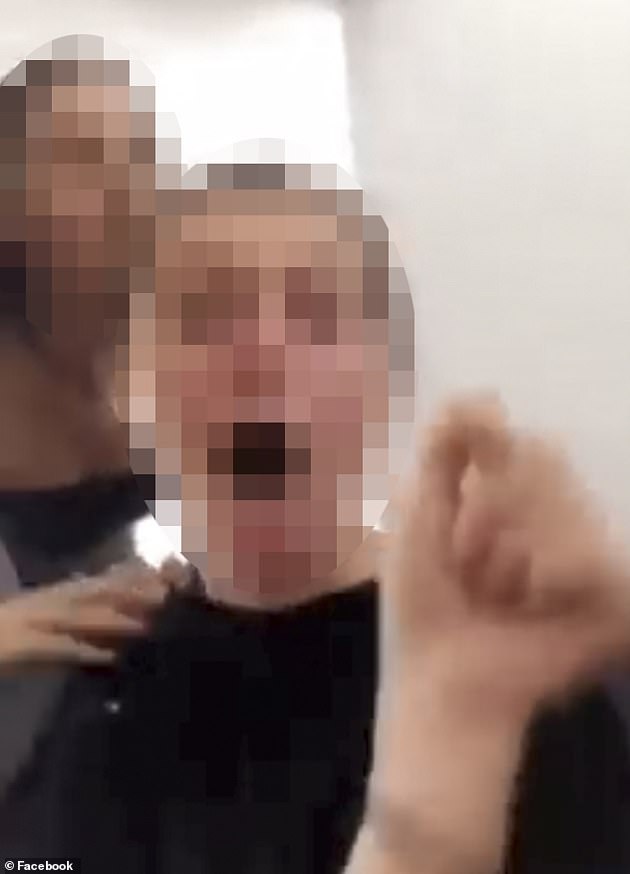 The confronting footage, (pictured) which was viewed 70,000 times on Facebook in the space of a few hours on Wednesday, showed two schoolgirls telling a classmate they would ‘stomp’ and ‘drown’ her

The girl who could previously be heard laughing then jumps at the camera, saying she would ‘stomp’ the girl with her own shoes.

The social media post was met with hundreds of comments advising the family to go to police, while others called for the girls involved to be expelled. 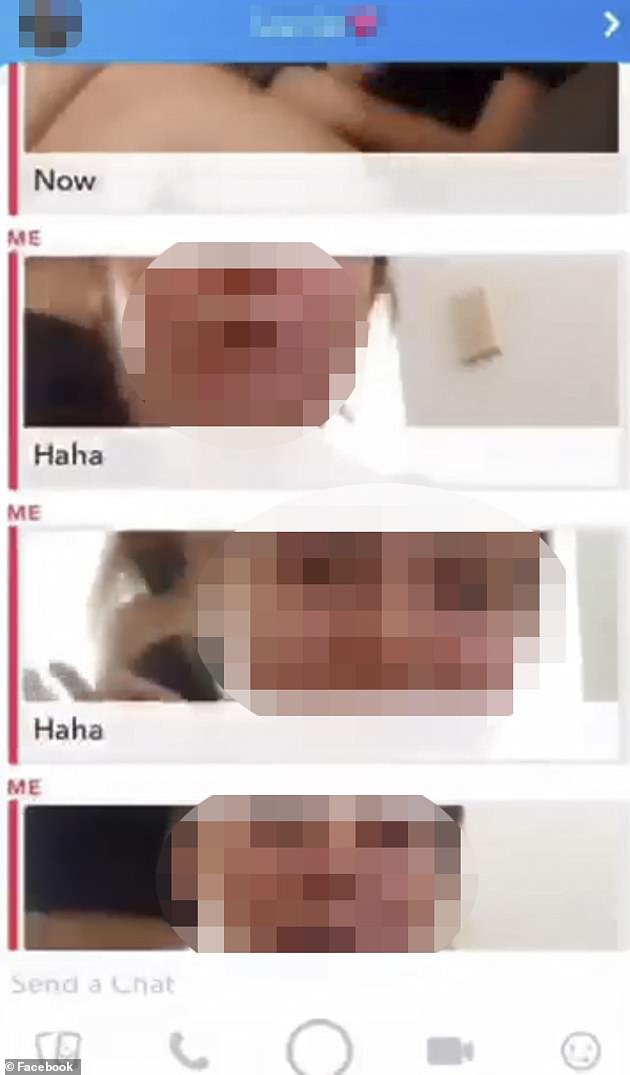 Queensland Police are not aware of a complaint lodged in retaliation to the video.

The Department of Education wouldn’t comment on the case but said any situation which threatens students’ safety is taken extremely seriously.

‘Cyberbullying is not a problem for schools to solve in isolation, it is an issue for the whole community,’ a spokesperson told 10 daily.

Cyberbullying organisations have condemned the footage, including the Do It for Bree Foundation.

It was set up by the family of Queensland teen Breannah Piva who took her own life in 2016 after being physically, verbally and emotionally traumatised by her bullies on a daily basis.

‘Bullying needs to stop now,’ the foundation posted on Facebook on Thursday night.