Teenager, 17, devastated by her aunt’s death hanged herself on Christmas Eve

A troubled teenager hanged herself on Christmas Eve after she struggled to cope with the death of her favourite aunt.

Tiegan O’Rourke had told her mother that she had been excited about the festive season, but the 17-year-old was still coming to terms with the death of her aunt, 37-year-old Lynnsey Catley.

Tiegan was found hanged in her bedroom after sending a text reading ‘I want to be with my auntie’. She was taken to hospital but passed away three days later. Her organs were subsequently donated to help save the lives of others.

An inquest in Preston, Lancashire, heard Tiegan had experienced a troubled childhood and suffered with mental health problems.

She had been close to mother-of-five Miss Catley and was left devastated after she was found hanged at her home in Blackburn in April 2015.

Tiegan’s mother Ema Catley, 38, said: ‘There were social issues and difficulties in relationships and those difficulties started to take a toll on Tiegan when she was about 10 years old. There were a number of incidents in the run up to Christmas 2014 that had a very troubling effect on her and by February 2015 I became aware of her self-harming.

‘She had three overdoses in a six week period – one of those attempted overdoses was when my sister passed away. She was very close to her auntie and took that really badly.’

Tiegan moved to a children’s home near Accrington, where he condition appeared to be improving. Just last year she had been put forward for the finals of the ‘Miss Lancashire’ beauty contest and had also attended her school prom.

She had also enjoyed her niece’s birthday and had been discussing what outfit she would wear on Christmas Day. 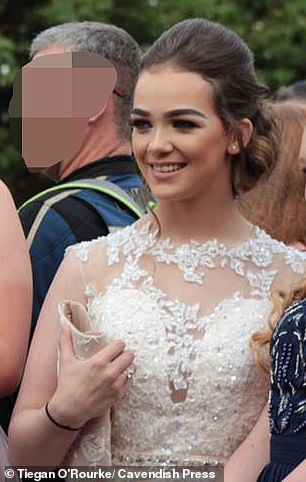 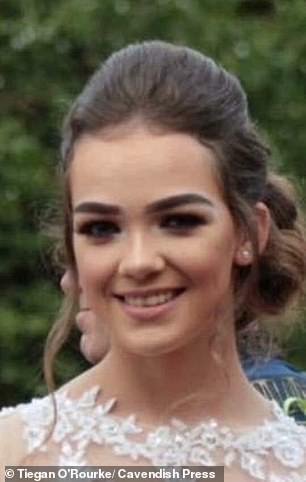 But Miss Catley added: ‘She made friends with a young lad but the boy died in the bedroom next to her. This was another dent on her and she descended after that – she struggled with the supported living arrangement.

‘Tiegan was asking people not to tell me about some of the self-harm incidents because she did not want to distress me.’

Recalling the day of the tragedy, she added: ‘At about 12.30 on Christmas Eve we had a text conversation about presents. She was talking about giving me some money for her brothers present and I told her her grandma had sent her some money, she said ‘put it in my bank mum’.

‘At about 3pm I received a message on Facebook from the father of one of Tiegan’s friends saying she had told him she wanted to be with her auntie. I tried to call her but there was no answer so I called the house and the lady said she would check on her. 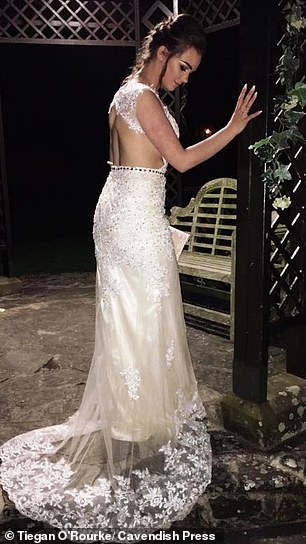 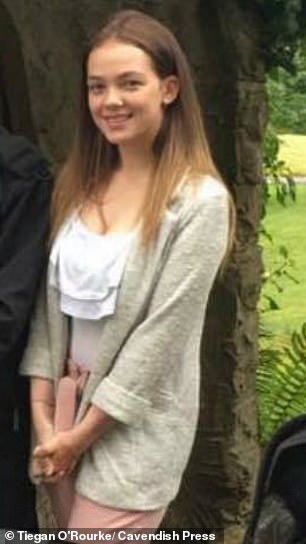 ‘That same lady then called me back to tell me that she was unconscious and being treated by paramedics. Tiegan was very impulsive, she could be absolutely fine and in the next 30 seconds it would completely change.

‘After her death I was told that she had been speaking about her clothes for Christmas Day and that she was looking forward to coming home for Christmas.’

Tiegan had been described as ‘caring’ and ‘beautiful’ and in on online tribute her grandparents said: ‘Tiegan you will be missed but never ever forgotten.

‘You will never age, nor your beauty ever fade. Your inner beauty you shared selflessly and lightened all the hearts you touched. Rest your head now and sleep. Your work is complete.’ 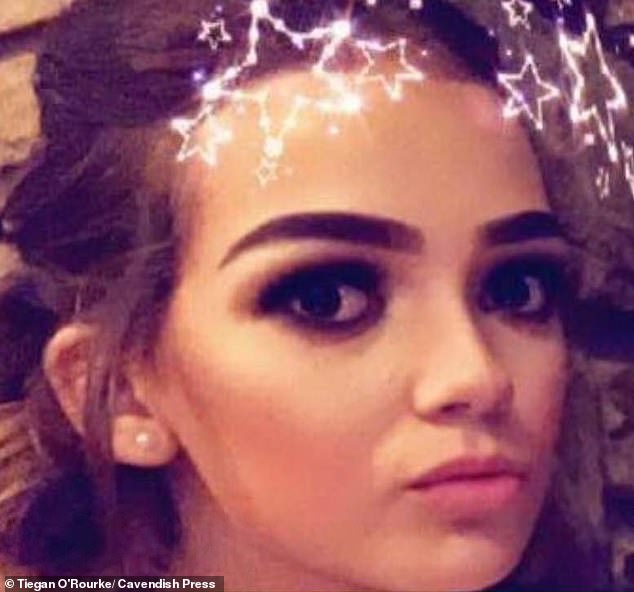 Dr Bernadka Dubicka, a consultant psychiatrist for the Pennine Care Trust, told the hearing that when Tiegan was first transferred to the centre, that staff had been struck by the amount of traumatic events in her life.

‘Most of the time she was a very pleasant young girl who was very well liked by the other young people in the unit.

‘She would be low for a period of time but would then be keen to be discharged as soon as possible. We would try to persuade her to stay for a little longer but it was difficult as we could not detain her. On one occasion when she was admitted, she wanted to go to her school prom which was really important to her. Tiegan spoke often about her niece and cared about her a lot.

‘The profile of emerging personality disorder would fit Tiegan. The fact that her living arrangements were changing frequently was not helpful. She was struggling with the transition from children to adult services.’

Social worker Samantha Moore added that Tiegan has been reluctant to talk about mental health.

‘I think I was just another face in social services. I last saw her in November 2017 and she was pleasant and smiling and laughing as she sat on the sofa but then she pulled a rope from behind where she was sat. This was very shocking to see.’

This is while support worker Linda Wade said: ‘Towards the end of her stay, the whole team thought that things were getting better for Tiegan. She seemed happier, she was very excited that she could start to stay at her mums, she adored her niece.

‘Tiegen didn’t smile very much but you could always tell when she was in good mood. But if she was really upset she’d say something like ‘I’d like to be with my auntie’. She spent a lot of the time away from the house visiting her friends and her family.

‘On the 24th she had a lie in, I went upstairs sometime between 10.30 and 11. I did not like to leave her too long in her room without going and checking on her. She came downstairs to take her medication. She seemed absolutely fine.

‘I told her I had to go out on a visit with another resident and she was fine. Tiegan was up and down when I got back. I encouraged her to bring her laundry down which she did. She was popping up and down doing her washing.

‘It was taking too long to get this washing done so she went upstairs. I went up to her and she was sat on her bed, I told her to come down and get it finished. I went back downstairs and left it for about five minutes. I went back up and then noticed a rope that went up over the top of the door.’

Recording a narrative conclusion, coroner James Newman said: ‘Tiegan was a girl who has been described as funny, intelligent and had her whole life in front of her. She had been through a number of difficulties in her young life and in order for some form of stability and treatment, her mother made the very difficult decision to place her in care.

‘Tiegan’s behaviour started off with some minor self-harming but this progressed very rapidly to a very scary position. She has been described as quite impulsive and could take risks and that led her on a number of occasions into very dangerous situations.

‘Tiegan was trying to move forward and was looking forward to spending Christmas with her family. In a testament to her character, she went on to donate her organs and save lives.’