Teenager fighting for life after stabbing at Perth McDonald’s

A teenager is still fighting for life after being stabbed in a violent attack by a gang of teenagers at McDonald’s.

Photos reveal the bloodied body of 17-year-old Hamish who was violently stabbed before being rushed to hospital by a neighbour who thought the teenager was going to die.

Hamish was at the fast food franchise in Perth’s south when he and his friends were brutally attacked by two armed teenagers claiming to be ‘6169 gang members’ – the postcode of Rockingham.

‘They were threatening saying “6169 we’re coming for your family, we’re going to slice their jugulars”, chasing these young boys,’ a witness told 9 News. 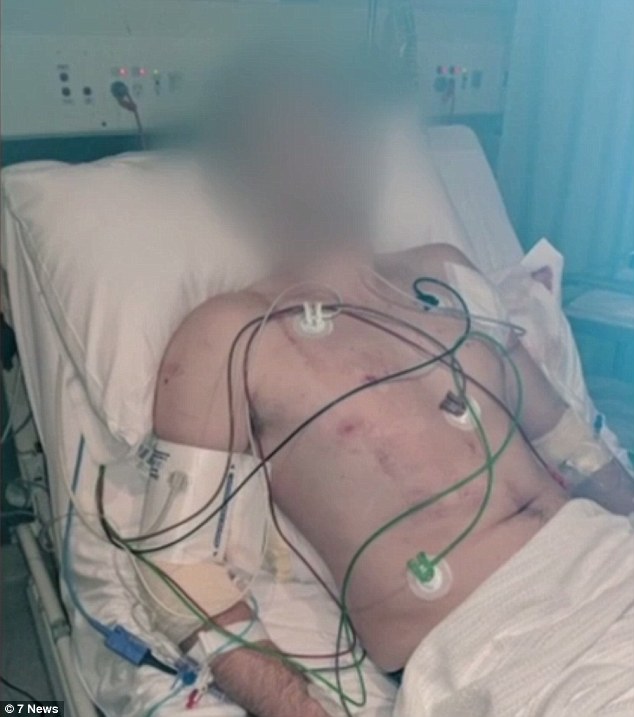 Hamish, 17, was with his friends when they were attacked by two armed teenagers who chased them for almost a kilometre before stabbing him five times (pictured)

Hamish and his friends – all aged between 16 and 18-years-old – were violently attacked by the duo, who claimed to be from a gang from about 48km south of Perth.

The teenagers were chased almost a kilometre down the road from McDonald’s before Hamish was stabbed five times at about 10pm Monday, Perth Now reported.

The life-threatening brawl reportedly unraveled when the 17-year-old and his friends attempted to stop the violent duo from smashing a windscreen of a nearby car with a brick.

Hamish suffered stab wounds to his ribs, chest, neck and stomach before he was able to make it to a neighbour’s house crying for help.

The neighbours were faced with the thugs, forcing the violent duo off Hamish before they rushed the 17-year-old to hospital.

‘I’m driving this boy to the hospital thinking “I’m going to lose him” because his wounds were so serious,’ the neighbour told reporters. 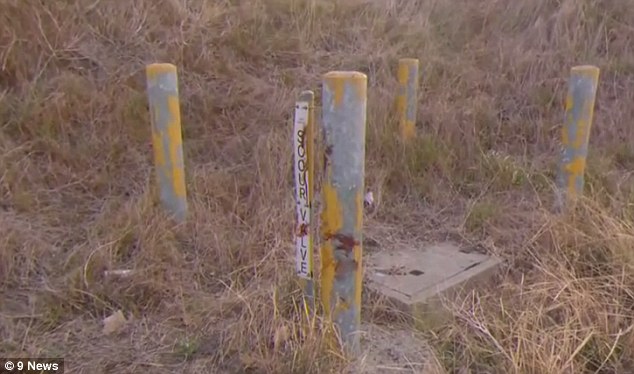 Hamish cried for help from his neighbours, who fought of the duo before rushing him to hospital thinking they were ‘going to lose him’ 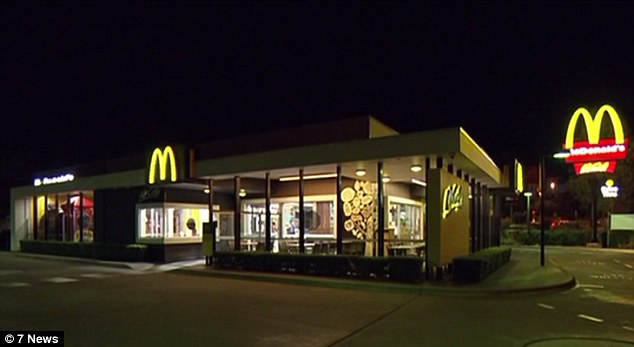 The teenager is in a serious condition at Perth Hospital.

One of the friends, also 17-years-old, was taken to Rockingham Hospital with non life-threatening stab wounds to his legs.

The two alleged attackers were also taken to hospital where one has since been discharged while the other remains in a stable condition.

Western Australia Police have not yet laid charges.