For most people, the thrill of holding their first pay packet as a teenager is a once-in-a-lifetime experience.

But history repeated itself for 77-year-old Michael Doherty, who found his unopened weekly wages in a drawer – 62 years after he handed them over to his mother for safekeeping.

He earned the money as a 15-year-old apprentice builder in 1955.

Michael Doherty, 77, from Greenock, has found his first pay packet 62 years after giving it to his mother Margaret, 104, left

Workmates tried to tempt him into frittering it away in the pub but the sensible lad – who had left school only seven days earlier – gave his envelope to his mother, Margaret.

Mrs Doherty – now 104 and living in a care home – put the two pounds, 15 shillings and ninepence away for a rainy day.

Her son, from Greenock, Renfrewshire, discovered the money while clearing out her house.

He said: ‘She couldn’t believe they had been in the house for all those years.’ 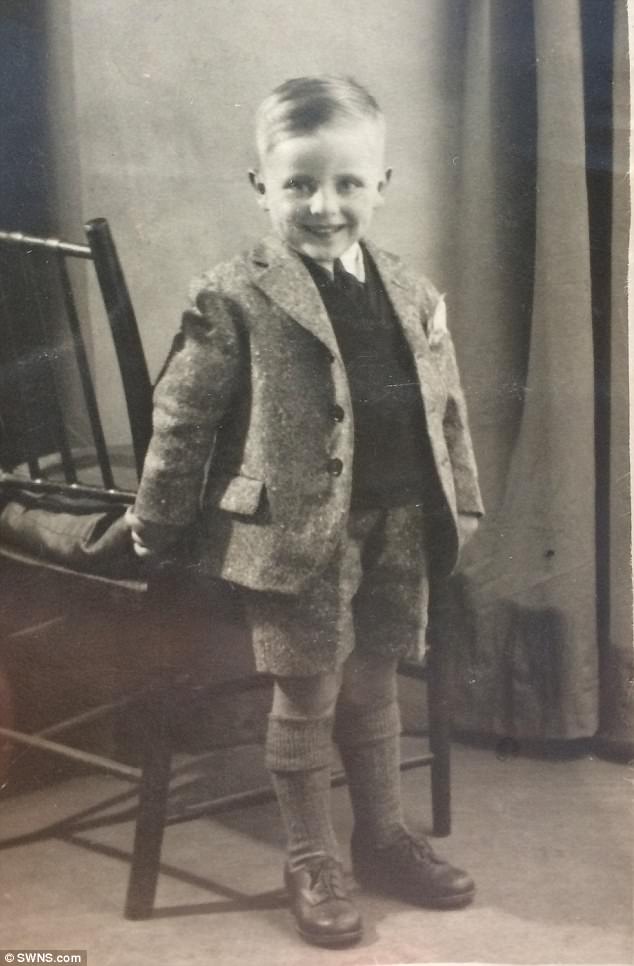 Workmates tried to tempt him into frittering it away in the pub but the sensible lad(pictured) – who had left school only seven days earlier – gave his envelope to his mother, Margaret

He added: ‘Back then, to a 15-year-old, two pounds, 15 shillings, and ninepence was a lot of money – especially when it was your first pay after leaving school.

‘Back then a pint was ninepence – when you look at it like that it was a lot of money.’

Mr Doherty, who has two great-grandchildren, intends to keep the envelope as a reminder of his first week’s work, saying: ‘It’s a good memory to have. It was nice for [Mum] to be able to see it again because she always says those were the best days.

‘When she had a hold of the pay poke, she had a tight grip on it, like she was thinking she was some sort of millionaire.’ 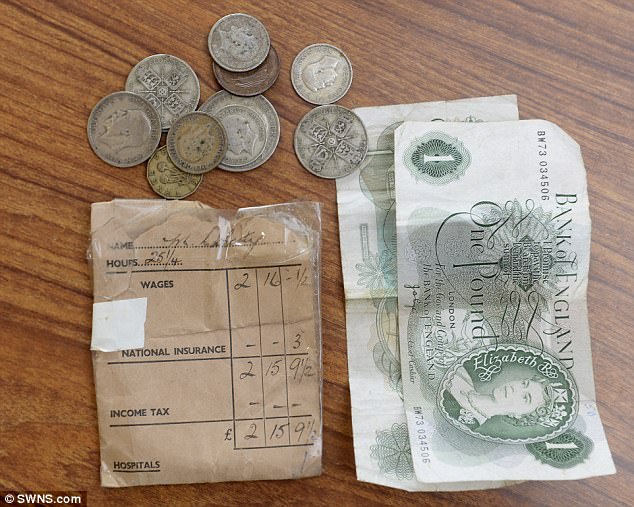