A devout Christian teenager says he received overwhelming support when he came out as gay to his family in 2018, but a family of a different kind turned their back on the 18-year-old this week.

Just last week, Jace Taylor was excited for the summer months ahead after being hired to work as a camp counselor at Fir Creek in Bellingham, Washington, run by Christian non-profit organisation The FIRS.

However his employment was prematurely terminated on Tuesday after senior executives of the organisation learned of his sexuality from social media, believing homosexuality to be a conflict of interest with their Christian values.

For Taylor, the company’s decision brought a shattering halt to a life-long dream.

Jace Taylor, 18, was fired from his role as a camp counselor after the nonprofit Christian organisation he worked for found out he was gay from social media 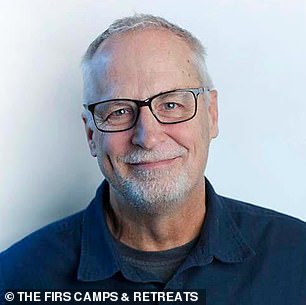 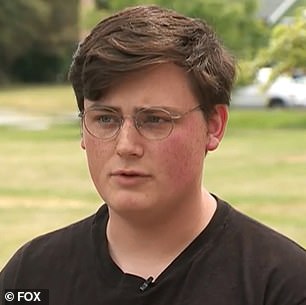 The 18-year-old’s sadness soon turned to anger when The FIRS Executive Director Tom Beaumont (left), and friend to Taylor’s family, confirmed in a statement that his sexuality was the defining factor in his dismissal

‘I wanted to bawl my eyes out,’ Taylor said in an interview with FOX43. ‘All of my life I’ve wanted to work as a Fir Creek camp counselor and make an impact in their lives just like they did when I was younger.’

Taylor said that growing up the organisation always supported him so he’s now struggling to comprehend why they would turn their back on him.

‘They made me feel loved. They make me feel accepted, especially by God and Christ,’ he continued. But now Taylor says he feels betrayed.

‘I am still in shock, this whole thing seems unreal. This can happen, I hear stories about it all over the world; never thought it could happen to me,’ he said. 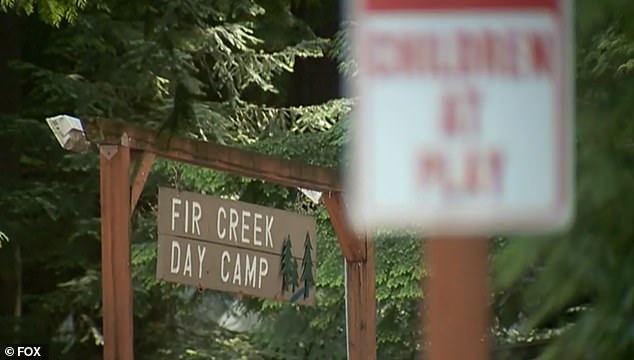 Describing the opportunity as a life-long dream, Taylor said he wanted to ‘bawl his eyes out’ following his termination

The 18-year-old’s sadness soon turned to anger when The FIRS Executive Director Tom Beaumont, and friend to Taylor’s family, confirmed in a statement that his sexuality was the defining factor in his dismissal.

‘When it became evident in the application process that [Taylor] did not personally align with our statements of faith (in particular, one regarding sexuality) we determined we could not use him in this role.

‘Our quandary was this. In order to be consistent to our beliefs and our mission, we felt compelled to pass on someone we truly liked in filling this counselor role,’ the statement continued. ‘I sincerely wish this was otherwise. I know this may be confusing and contrary to other`s beliefs.’

‘I would like to thank everyone that has shown support on the event of being fired by the Firs based on my sexuality,’ Taylor said in a Facebook post

Aghast, Taylor said the decision stunned him, describing Beaumont as a ‘good family friend’ and someone who had ‘basically watched him grow up’, so his decision to forego everything he knew about him judge him solely on his sexual orientation was all-the-more disheartening.

Under state law, an employer is legally forbidden from discriminating against individuals based on their sexual orientation.

However, non-profit religious organisations are technically exempt from the law.

‘I would like to thank everyone that has shown support on the event of being fired by the Firs based on my sexuality,’ Taylor said in a Facebook post.

‘This not what what I was taught at the Fircreek I went to. I was [taught] love and accept others for who they are not be discriminative of that,’ he continued.

‘Please make sure to support those who are being discriminated and stand up for them, we need more love in this world.’