Teenagers offered up to £1,000 to ‘stab other youngsters’

Teenagers are being offered up to £1,000 by gang leaders to stab other youngsters, it is claimed.

Crime bosses in Liverpool are issuing bounties to settle disputes with rival gangs so they don’t have to carry out the attacks themselves.

Youth workers in the city said they ‘don’t want to get their hands dirty’ and they know there is a ‘continuous stream’ of teens they can ‘exploit.’

One youngster said teenagers would willingly accept the payments because it would mean ‘more respect’ from the elders.

The claim, reported by the BBC, has been linked to at least one stabbing.

One teenager, who wished to remain anonymous because of fear of reprisals, said: ‘Young kids are getting money put on their heads.’

He told how his best friend was treated in hospital after he was the target of a £1,000 bounty.

‘And they’ll go and do it because they’ll think, if I do this, then I’ll get more money and I’ll get more respect from the elders.’ 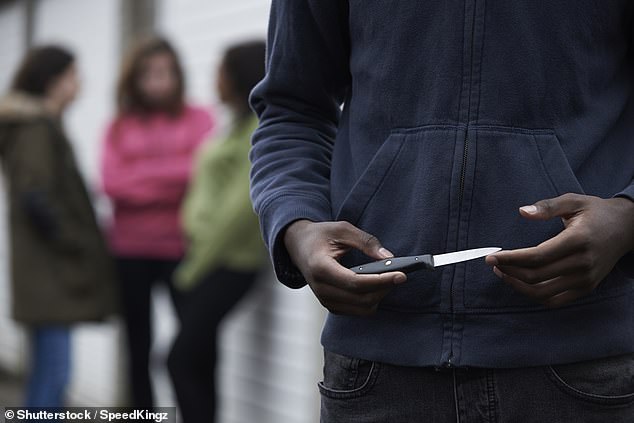 One teenager, who wished to remain anonymous because of fear of reprisals, said: ‘Young kids are getting money put on their heads’

The teenager also revealed people would go an watch so called ‘straighteners’ – an arranged fight to resolve a dispute.

Alan Walsh, a youth worker who runs the city-wide campaign ‘Real Men Don’t Carry Knives’, told the BBC Beyond Today podcast: ‘Has it got to that stage where it’s like going back to gladiators, the arena is the streets and we’re putting a bounty up?’

‘I’m still gobsmacked that they have this thing where, at that tender age, they’ll put a bounty on other kids’ heads.

‘I hope to God it’s not a trend that takes off.’

Ex probation officer James Riley, told the podcast: ‘The ‘elders’ want to distance themselves – they want to avoid arrest.

‘They don’t want to get their hands dirty – they know there’s this continuous stream of young people out there who they can exploit.’

According to official statistics, last year Merseyside Police had one of the biggest increases in recorded knife offences with a 35 per cent rise. 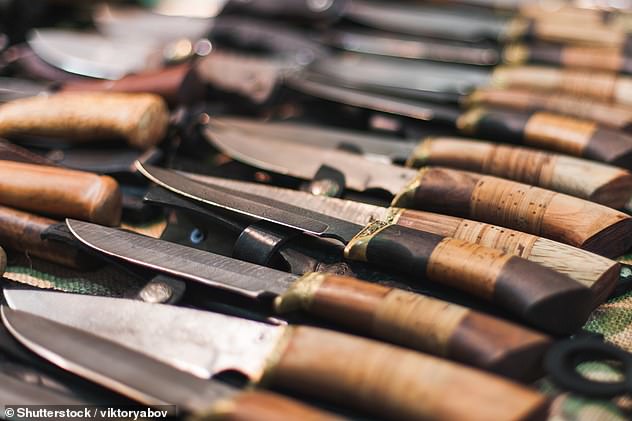 Last week, figures showed that 22,041 knife or weapon offences were recorded in England and Wales in the past year – the highest number since 2010.

One in five of those convicted or cautioned were aged between 10 and 17, according to the Ministry of Justice.

But only a third of offenders went to jail. Sentences were so soft that even many of those with several previous knife convictions avoided being locked up.

The rise in offences reflects a recent surge in fatal stabbings.

But it is also a consequence of greater use of stop-and-search by police – leading to more individuals being caught in possession of a weapon.

The figures show that 4,586 criminals with one or more previous knife offences were spared jail in the 12 months to March – or 40 per cent.

It comes as the capital’s murder toll for 2019 hit 60 after a man in his 40s was stabbed to death this morning.

He was the fourth person to be killed in London this weekend alone, after one teenager was shot in the face and another was stabbed to death on Saturday, following the fatal knifing of another man in Tower Hamlets on Friday.

This morning’s victim was attacked in Stratford, east London, just hours after a mob of 100 youths pelted police with bottles as they investigated a robbery at the nearby Westfield shopping centre.

Donald Trump has once again weighed into the row, attacking London Mayor Sadiq Khan as a ‘national disgrace’ over the violence that has plagued the capital under his governance.