Video shows teen boys, 13, charged with carjacking a teacher at gunpoint in her elementary school parking lot, then crashing her car moments later

By Hannah Moore For Dailymail.com and Associated Press

Two 13-year-old boys who held a 59-year-old teacher at gunpoint and tried to steal her car at a Miami-Dade elementary school have been charged.

Video of the incident shows one teenage boy running up to a blue sedan as teacher Flora Martinez puts something on her passenger seat.

He then brandished a gun at her and demanded her keys, police said, and she complied. 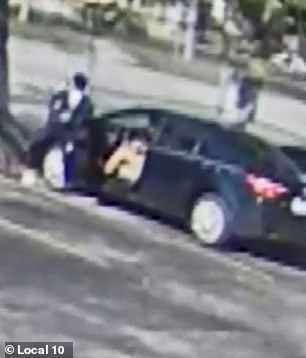 Two 13-year-old boys have been charged with armed carjacking after holding an elementary teacher up at gun point for her keys. The incident was caught on surveillance footage 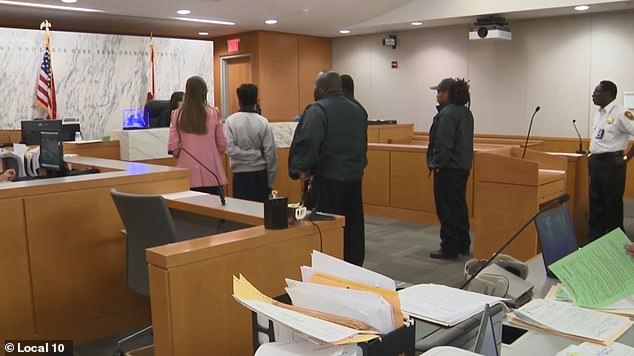 One boy was identified in a photo lineup, and both boys gave incriminating statements to police. They were released on supervised detention ahead of their next court date (pictured)

As Martinez is seen backing away from the car, the teenager calls out for his friend to come and join him, and a second boy runs across the car park.

The teenagers try to leave the school grounds, but stall the car.

When they finally manage to get it going, they make it out onto the street but then crash into a curb before fleeing the scene on foot.

Miami-Dade police arrested the boys on Monday and charged them with armed carjacking after the teacher was able to identify one of them in a photo line up, Local 10 reported.

They were booked into the Juvenile Assessment Center on Monday and ordered on supervised release until their next court date on October 10.

The boys are not permitted near Biscayne Gardens Elementary School or Ms Martinez. 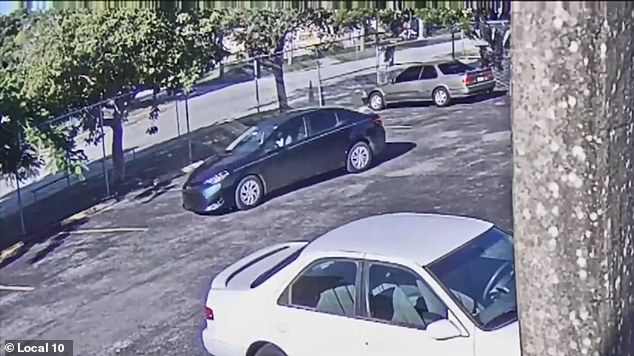 The teenagers’ inability to drive appeared to be their downfall, as after stalling in the car park, they crashed into a curb just outside the school 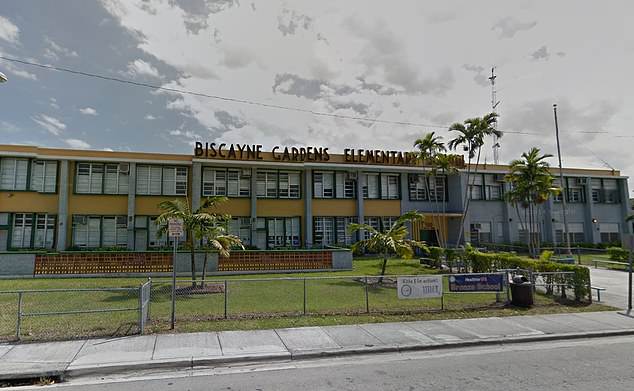