‘Everyone is losing money’: Telstra boss warns the NBN could soon be WORTHLESS – as customers turn off the $51b technology in favour of 5G

Telstra boss Andy Penn has warned that the National Broadband Network could soon be worthless as customers stop using it in favour of 5G.

Mr Penn has appealed for the government to reconsider their pricing for the broadband network, as vendors are unable to turn a profit selling the NBN.

He said retailers aren’t able to viably sell the network and will look to other options, including 5G.

‘Basically, all operators are losing money selling the NBN. And so of course some – and they’ve said as much publicly – are looking at 5G to bypass the NBN,’ Mr Penn told Sky News on Monday.

‘I don’t think that’s necessarily a good thing when it doesn’t deliver the right technology for the customer.’

Alternative networks such as 5G are providing more cost-effective solutions for businesses, and that voice is speaking at volumes.

Mr Penn warned that the taxpayer funded NBN program could become completely obsolete if the margin for profits doesn’t change.

‘If wholesale pricing structures don’t change, that is what is going to happen.’ Mr Penn said.

‘Unless we get the pricing structure right, we’re going to create this unnatural dynamic in the market which biases technology for reasons other than what’s the best technology for the customer.’

‘Candidly, my point is that unless the pricing structure changes and operators can make a return on capital that shareholders are prepared to invest in, then NBN is worthless anyway.’

The network budget for the broadband roll out has reached $51billion, which is 75 percent more than the initial pre-election budget announced in 2016.

In June, Australian Huawei executive David Soldani claimed the NBN had failed to deliver high speed internet to its users.

‘The NBN project has failed and Australians need to stop expecting NBN Co to deliver high-speed broadband to all Australians – it is just not going to happen,’ Soldani told delegates at a 5G Business Summit in Sydney.

‘Australia has somehow managed to invest $51 billion on a network that can’t even deliver 50Mbps to around one million of its fixed-broadband end-user premises.’

Mr Soldani claimed that the actual cost of the project is even higher, saying some reports suggest NBN Co. is paying Telstra billions in subscriber migration and lease payments in the near future. 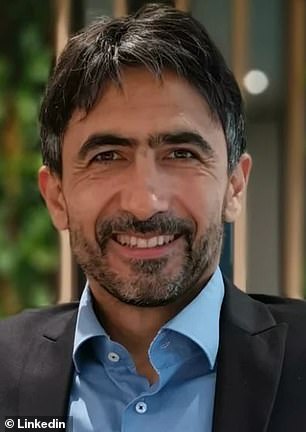 ‘We have spent around $10,000 for every activated premises on the NBN Fixed Wireless network and yet hundreds of sites are only delivering 6Mbps or less at peak-time to end-users – worse speeds than many were getting on old ADSL services.’

He also said that with neither side of government indicating they would assign additional funding to the project in May’s federal election, hundreds of thousands of Australians had no chance of getting their speeds improved.

Huawei is one of the world’s biggest telecommunications companies, being the second largest manufacturer of smartphones in the world behind Samsung.

The Chinese technology giant was banned in 2018 from participating in the roll out of 5G infrastructure in Australia by the Turnbull government on security grounds.

The United States has also previously cited concerns and stepped up measures in May this year when they banned Huawei from doing business with U.S. companies over alleged violations of trade restrictions against Iran.

Mr Soldani argued that 5G fixed wireless technology is the best way to provide consumers with fast internet where the NBN had failed, and Huawei can provide the infrastructure.

‘It makes no sense for Australia to continue to exclude the world’s leading 5G technology provider from the marketplace. The technology is already there to solve the challenges Australia is facing – there is no doubt about that,’ he said. 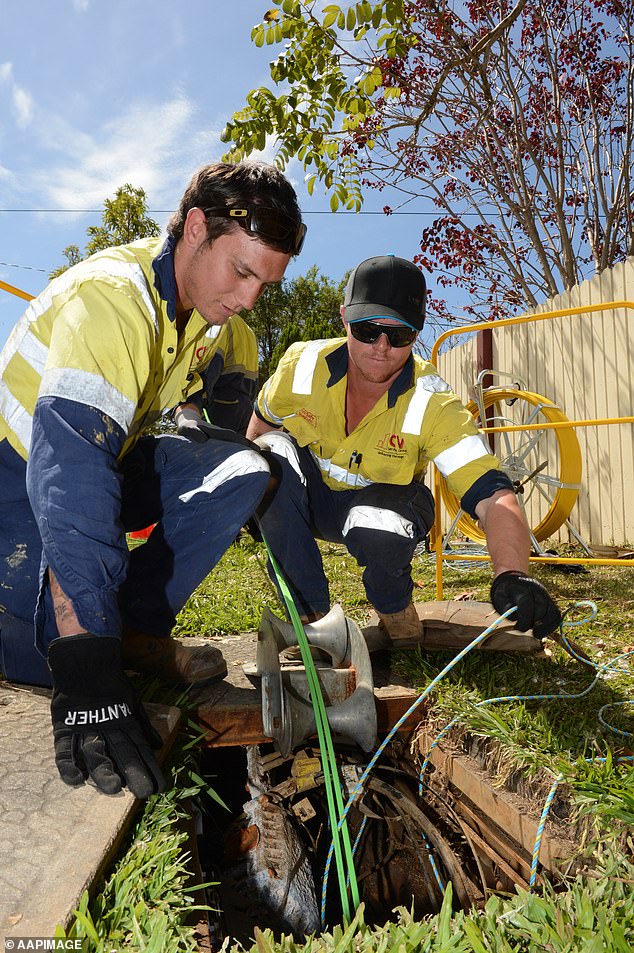 The network budget for the broadband roll out has reached $51billion, which is 75 percent more than the initial pre-election budget announced in 2016. Pictured: Workers install a fibre optic cable in Brisbane