And it appears the rival TV husbands are set for another showdown when they meet again on Wednesday’s episode of the show.

In an explosive trailer, Dean asks Telv to step outside for a chat during the dinner party – and the pair’s feud appears to escalate with Telv bluntly stating: ‘I think you’re an arrogant a**ehole!’

And things seem to go from bad to worse on Wednesday, with the possibility of the pair physically clashing.

‘I’m just not going to forget what happened,’ a fired-up Telv says, hinting at a fight. 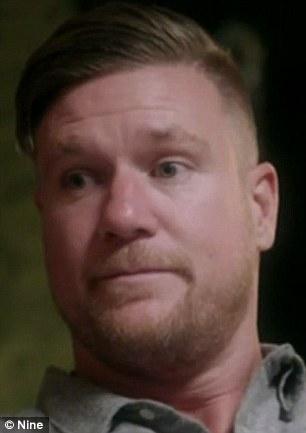 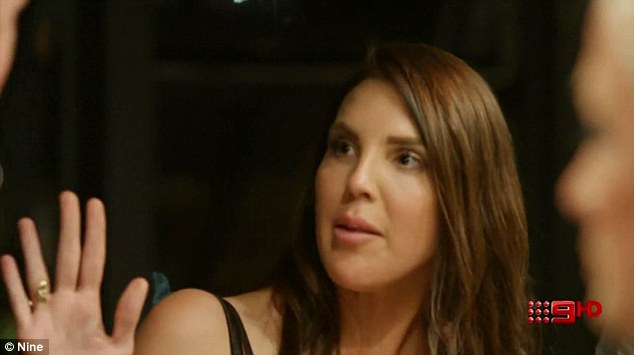 ‘Are you kidding me?’: A distressed Tracey can be heard screaming after one groom says: ‘Security get ready!’

‘Security get ready!’ another groom is heard saying, before a distressed Tracey screams: ‘Are you kidding me?’

The next episode of MAFS will also see Gabrielle Bartlett breaking down in tears as her marriage to Nasser Sultan appears all but doomed.

In the trailer, the 44-year-old mother-of-one looks emotional as she arrives at the group dinner party on her own. 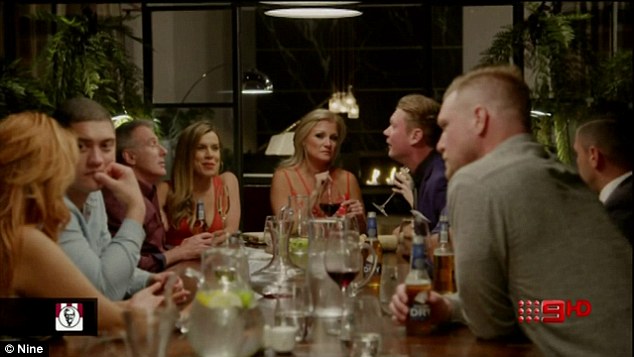 Alone in the crowd: A lonely-looking Gabrielle is seen at the head of the dinner table, without ‘husband’ Nasser

‘I’m looking on at the dinner party, and I’m alone again,’ she weeps.

It seems Nasser may end their marriage during the episode, as he says in the preview: ‘I’m not gonna fight for anybody. I don’t even fight for my f**king sister!’

He then declares, ‘You know what? I’m gone!’ as his co-stars look on in shock. 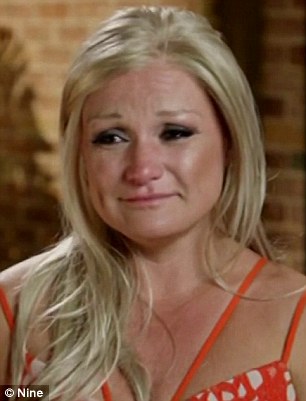 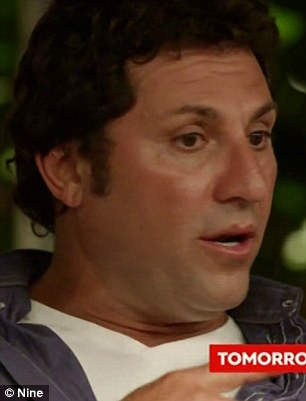 ‘I’m alone again’: Gabrielle is seen sobbing in a piece-to-camera