A 10-month-old girl can return home from the hospital following a near-death experience and five surgeries after she swallowed a children’s water bead.

Kennedy Mitchell, from Maine, was hospitalized after accidentally ingesting a bead made by toy company Chuckles & Roar.

She was originally given a 50 per cent chance of survival by doctors after the bead blocked her bowel.

Her mother, Folichia Mitchell, bought the toy for her eight-year-old son Joshua, who is on the autism spectrum, from Target on October 24.

Thinking it could be a food allergy, Ms Mitchell took Kennedy to hospital on November 1, where tests revealed a water bead in her stomach.

They can expand up to 200 times their original size when in water and only shrink back down to size when left to dry. They come in various colors and shapes like spheres, jewels and dinosaurs.

Kennedy Mitchell underwent five surgeries after accidentally swallowing a water bead. A Change.org petition to ban the children’s toy has received over 40,650 signatures 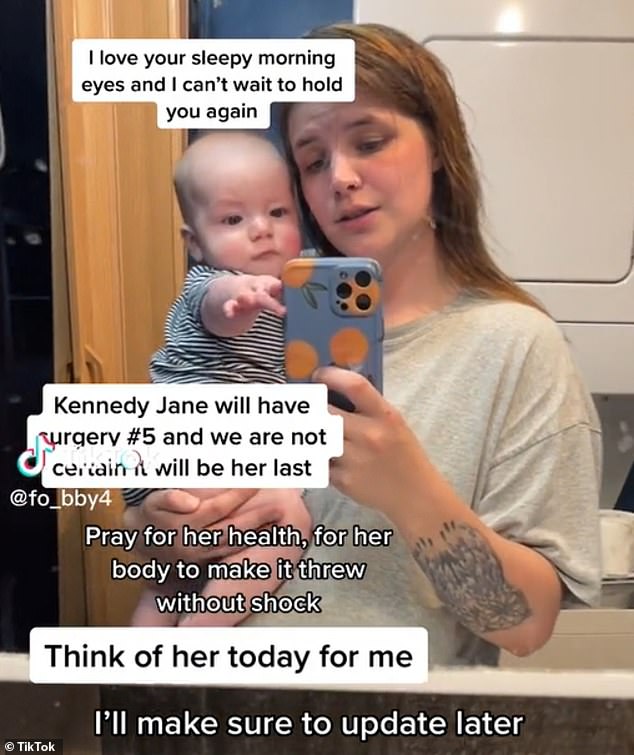 The dangers of water beads

What are the beads made of?

Most superabsorbent polymers manufactured today are synthetic and are made from petroleum products, polyacrylate, and other acrylics.

What are they used for?

Water beads were initially used as agricultural products intended to maintain soil moisture. Florists use them to keep a beautiful floral arrangement hydrated.

They are also marketed as children’s toys or therapies for children with sensory processing or autism spectrum disorders.

Some brands of toy water beads include Orbeez, MarvelBeads, and Elongdi.

Are they dangerous if swallowed?

Although the polymers used to manufacture water beads are non-toxic, the beads can absorb fluid and expand in the intestinal tract after they are swallowed, and this can cause serious and sometimes life-threatening intestinal blockage.

This caused a blockage in her bowel, which can be fatal as it cuts off blood supply to part of the intestines.

A first surgery was performed to extract the water bead, but damage to Kennedy’s intestines was already done.

The 10-month-old went into septic shock, and had to be put on a ventilator.

A second operation checked for any more obstructions, but none were found.

Two further surgeries were needed to remove the extra fluid in her intestines and take pressure off her organs.

The National Poison Control Center says swallowing water beads can lead them to absorb fluid and can expand in the intestinal tract and cause life-threatening blockage.

Ms Mitchell told Good Morning America doctors had told her three different times over the past month that they did not know if Kennedy was going to survive.

Target, which exclusively sold the water beads, has pulled the product off its shelves while it investigates with the product maker.

The retailer told DailyMail.com: ‘We’re aware of this tragic situation and send our heartfelt sympathy to this child and her family.

‘Target requires our vendors to comply with all product safety standards, and all state, federal and local laws.’

It added: ‘We have removed the product from stores and Target.com while we review the situation with the vendor.’

Ms Mitchell is now trying to raise awareness of the dangers of the water beads.

The mother told Insider: ‘The label says they should be used only by kids over three. But the makers have got to add a warning that water beads could cause a blockage in the digestive system that could lead to death.’

A Change.org petition to ban the water beads has received over 40,650 signatures.