Ten people have been injured in a serious multi-vehicle collision in southeast London.

The incident took place on Rochester Way, Eltham, shortly before 1pm today, with three casualties taken to a major trauma centre and seven others transported to hospital.

An air ambulance, five ambulances and a fast response medic attended the scene along with police. The casualties’ conditions remain unknown at this time.

A Metropolitan Police spokesman said: ‘Police were called shortly after 13:00hrs on Sunday, 6 December to reports of a multi-vehicle collision on Rochester Way, SE9.

‘Officers, the London Ambulance Service, London’s Air Ambulance and the London Fire Brigade are in attendance.’

‘At this early stage, approximately 10 people are believed to have been injured. They will be taken to south London hospitals for treatment.’

Metropolitan Police said they were awaiting an update on the condition of the ten injured.

Local road closures are in place with the Metropolitan Police Serious Collision Investigation Unit informed of the incident. 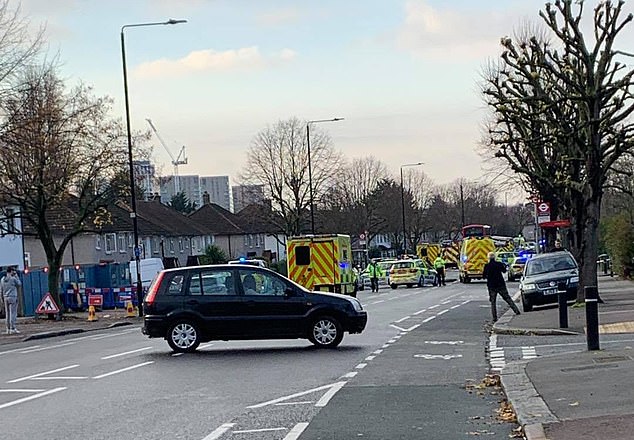 The casualties’ conditions are not yet known, Metropolitan Police said they were awaiting an update 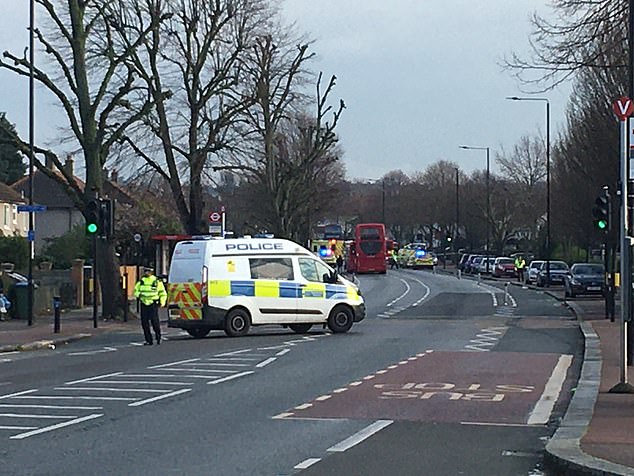 A London Ambulance Service Spokesperson said: ‘We were called at 1.01pm to reports of a road traffic collision on Rochester Way, Eltham.

‘We sent five ambulance crews, one medic in a fast response car, two incident response officers, an advanced paramedic practitioner, and a clinical team leader to the scene.

‘We treated ten people at the scene. We took three people to a major trauma centre and we took seven to hospital.’