At least ten people were killed and scores more injured when a seating area collapsed during a major Orthodox Christian celebration in Ethiopia, with fears the death toll could rise.

The accident occurred just before 8am Monday in Gondar, a historic city in the country’s north, where every year more than a million people gather for the epiphany festivities known as Timkat.

Two doctors at the University of Gondar Hospital said that 10 people died when the spectator stands gave way suddenly at Fasilides’ Bath, where thousands typically gather to watch worshippers plunge into the holy waters.

‘I can tell you up to now we have 10 dead. The number of injured is 100 or even 150,’ said one senior doctor at the hospital. A second doctor confirmed the toll.

At least ten people were killed Monday and scores injured when a seating area collapsed during a major Orthodox Christian celebration in Ethiopia, with fears the death toll could rise 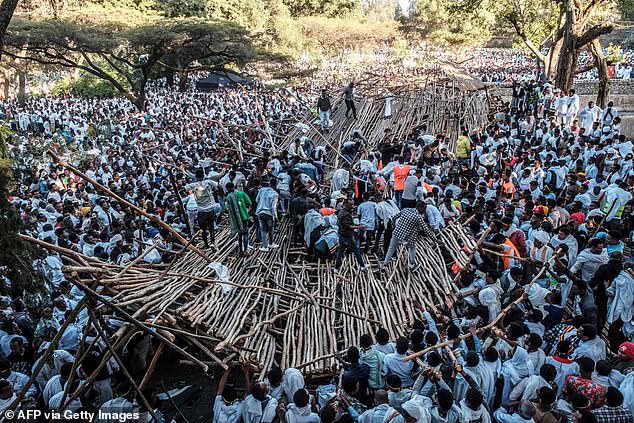 A crowd removes scaffoldings of a seating structure that collapsed, trapping and injuring dozens of people, during the celebration of Timkat, the Ethiopian Epiphany, in Gondar 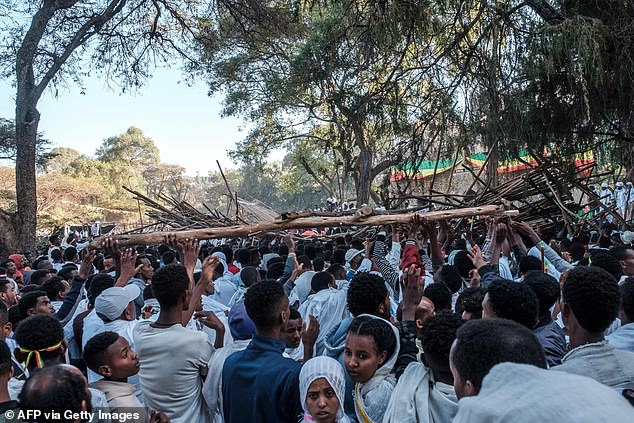 Witnesses fleeing the scene said an untold number were crushed, suggesting the casualty count could rise

UNESCO added Timkat to its list of Intangible Cultural Heritage of Humanity last month, and the event draws huge crowds from across Ethiopia and abroad.

Hundreds had been sitting on a tiered wooden structure for hours when it collapsed.

Witnesses fleeing the scene said an untold number were crushed, suggesting the casualty count could rise.

Another hospital source said the injured were suffering from fractures and internal bleeding.

Emergency vehicles struggled to part the crowd to enter the site and take victims to the hospital. 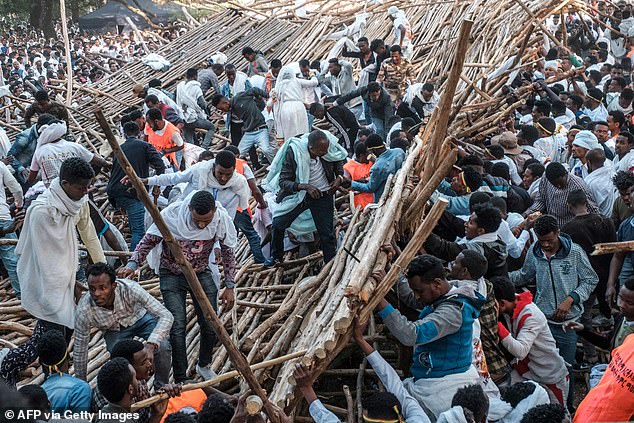 Once the site was cleared (crowd pictured removing the structure), however, the festival resumed and lasted until mid-morning 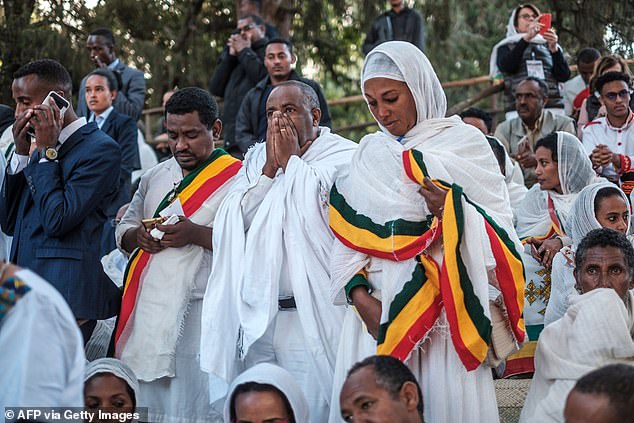 Horrified spectators watch after the seating area collapsed at the celebration of Timkat, the Ethiopian Epiphany, in Gondar 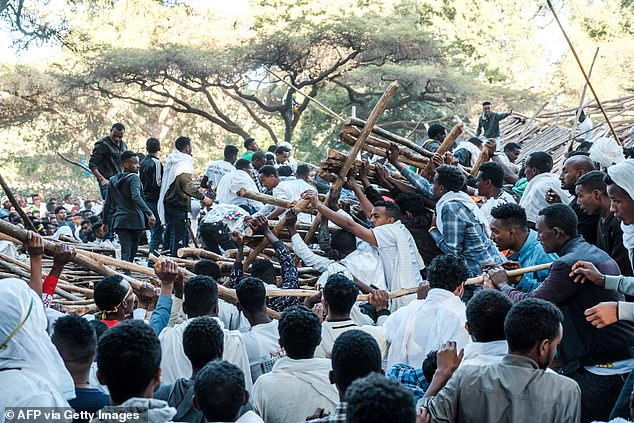 The crowd clears the wooden structure, which collapsed after hundreds of people had been sitting on it for hours

Once the site was cleared, however, the festival resumed and lasted until mid-morning.

Samuel Baheru, who travelled to Gondar for Timkat from the capital Addis Ababa, said he was outside Fasilides’ Bath when the structure collapsed and watched bodies being carried out on stretchers.

‘We heard a loud noise and what we saw coming out on the stretchers wasn’t pleasant.

‘At first I panicked because my wife was inside, but then I found her and we continued with Timkat,’ he said.

The Ethiopian News Agency reported that more than 15,000 foreigners attended the celebration in Gondar. 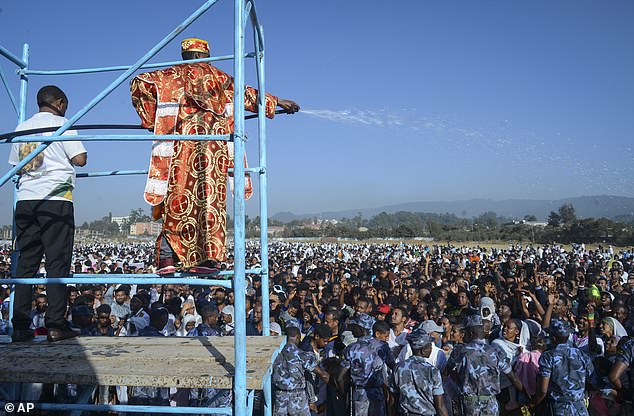