More than 10,000 people packed the shores of a Florida beach on Sunday to watch hundreds of Santa-suited surfers take to the waves for charity.

According to WFTV9, 837 individuals dressed as old St. Nick came to Cocoa Beach over the weekend to participate in the event.

Organizer George Trosset, ‘who started this tradition somewhat by accident’ in 2008, said that the event has grown to one of the world’s biggest Santa-themed gatherings. 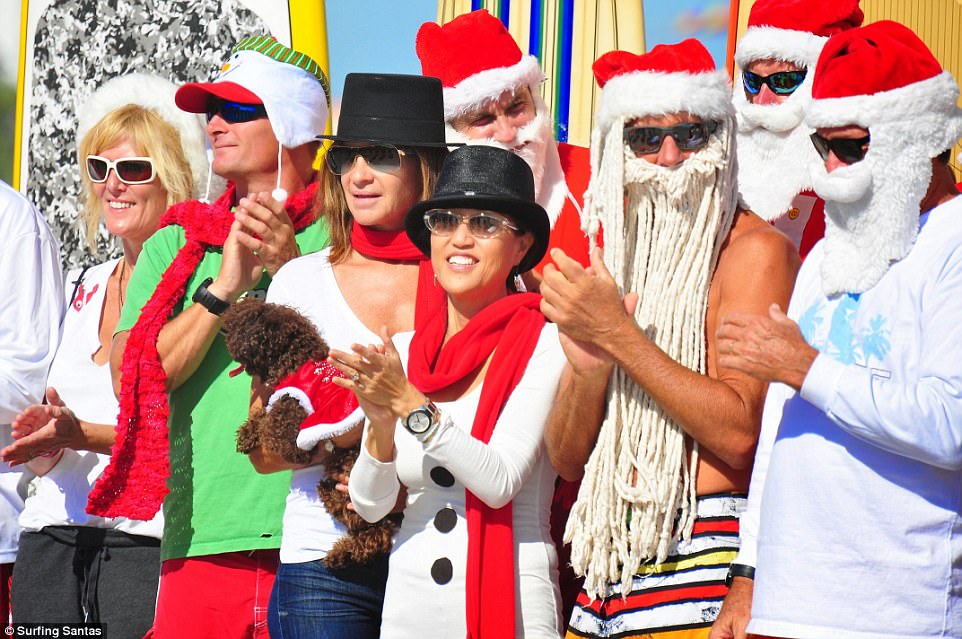 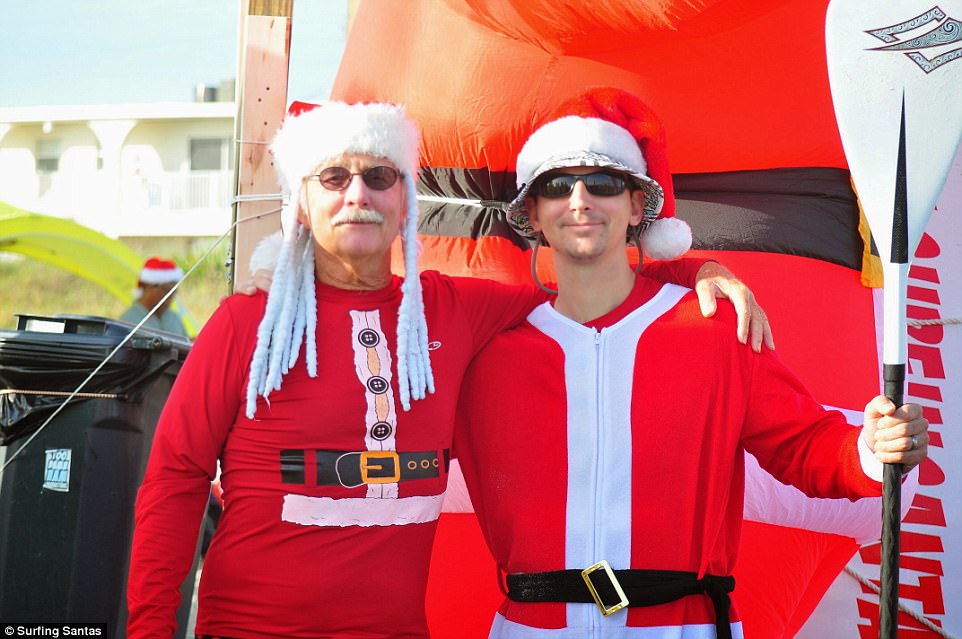 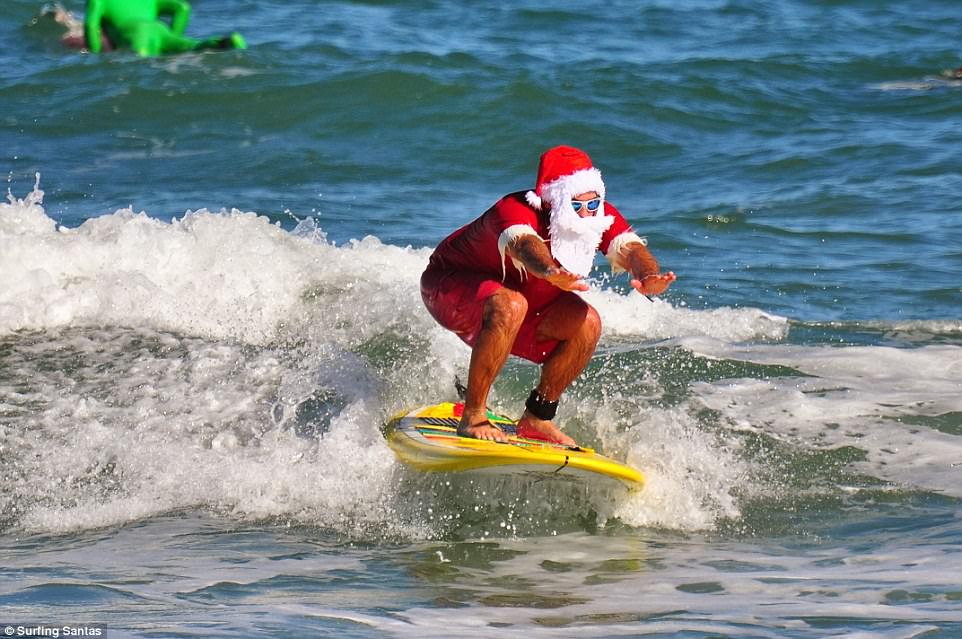 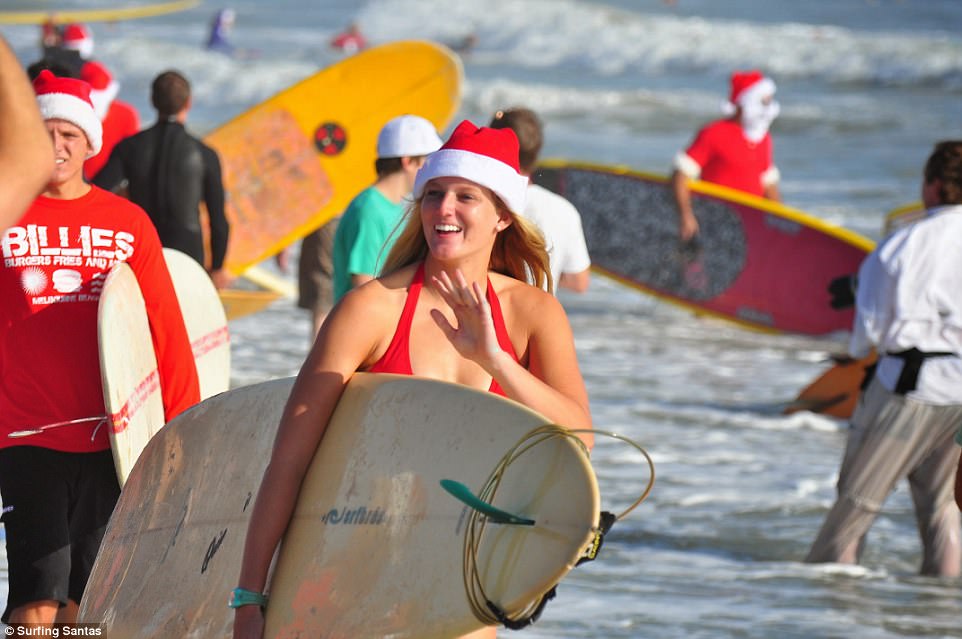 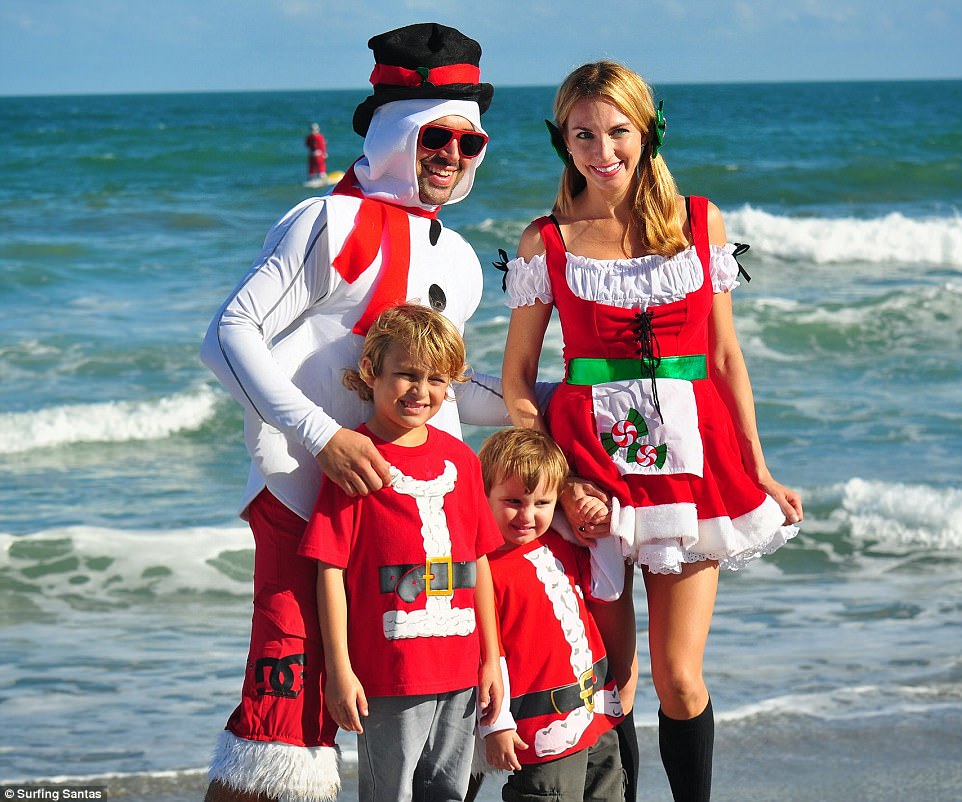 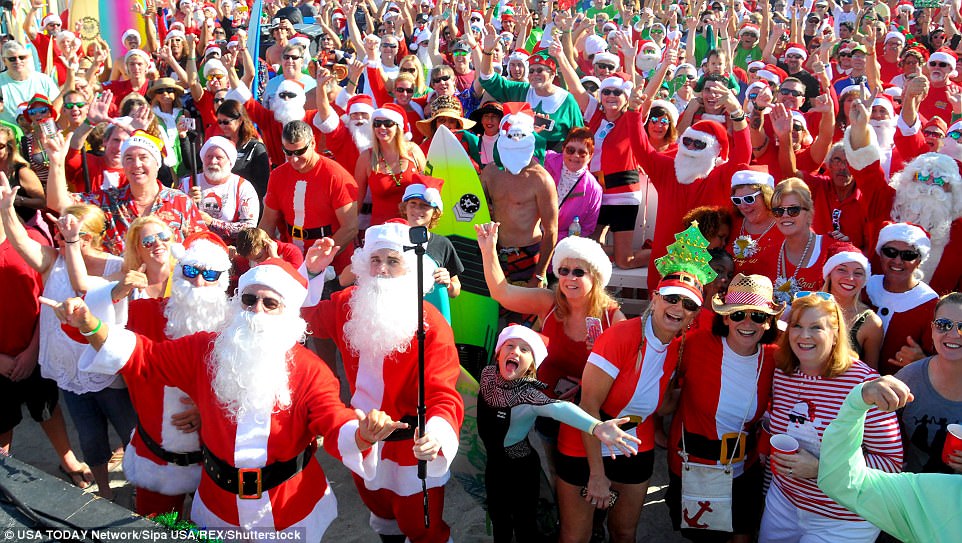 ‘Surfing Santas has evolved into this fantastic community gathering of surfing enthusiasts coming from near and far to this very popular surf spot, in celebration of Christmas,’ Trosset said in a press statement.

‘It’s the one day a year that all surfers share all the waves and enjoy some fun in the sun on Cocoa Beach, in the spirit of the holidays.’

The total number of participating Santas is up from 772 last year, WFTV9 reported, as temperatures at Cocoa Beach hovered in the low 80s.

The ninth annual Surfin’ Santa event earned an estimated $95,000, and all proceeds will be donated to Grind for Life and the Florida Surf Museum nonprofit organizations.

‘Whether you’re young or old, beginner or expert, people from all walks of life are welcome to surf the waves and have fun in the sun,’ organizers state on Surfin’ Santas website.

Entertainment for this year’s Surfin’ Santa excursion included musical performances by The Aquanuts, Balsa Bill and the Surf Chasers Band, singer-songwriter Sam Sims, and the Brevard Hawaiian Dancers, according to the organization’s website. 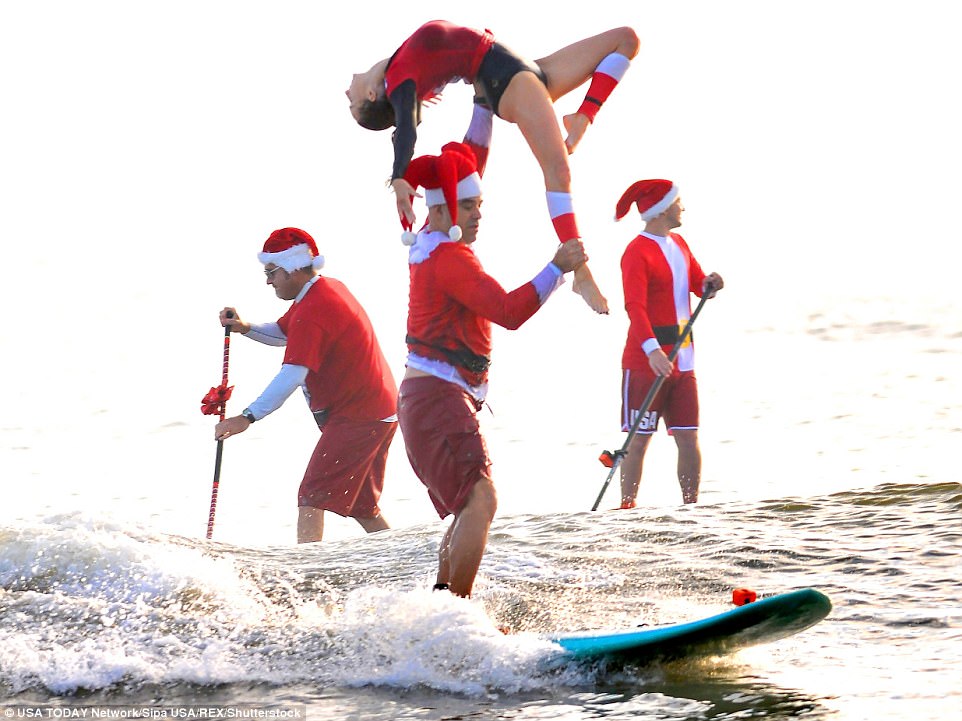 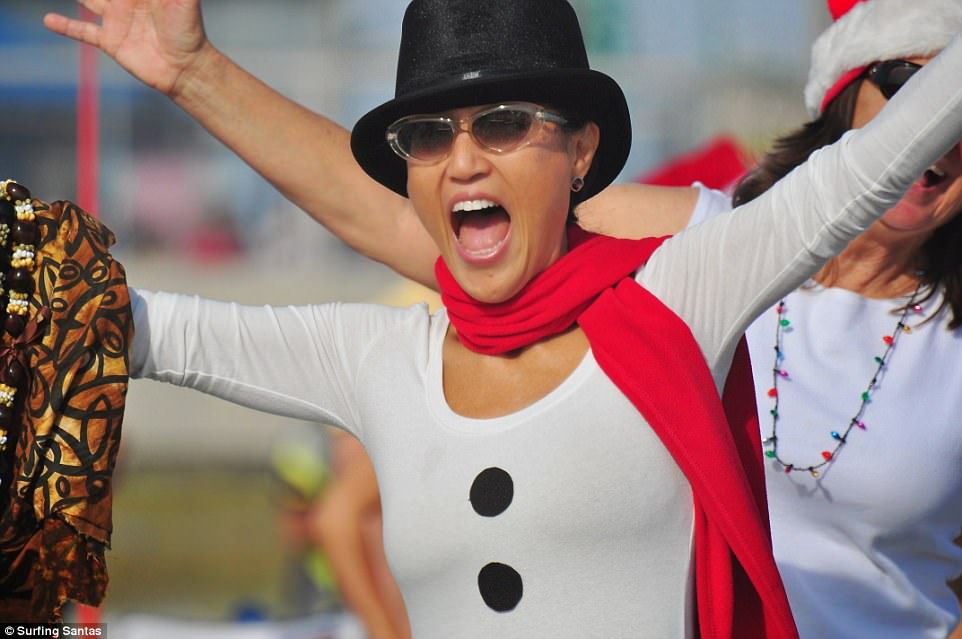 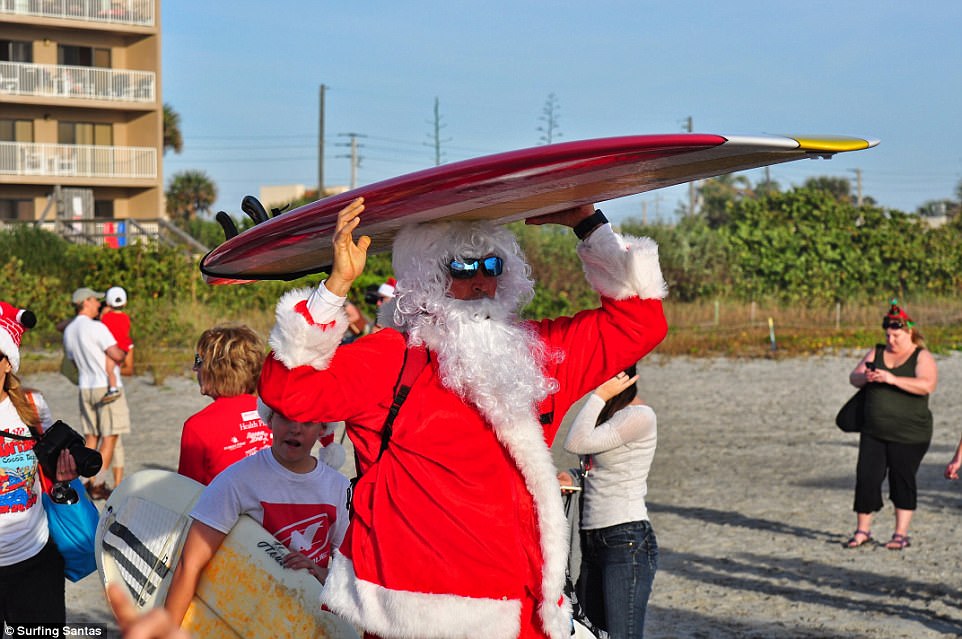 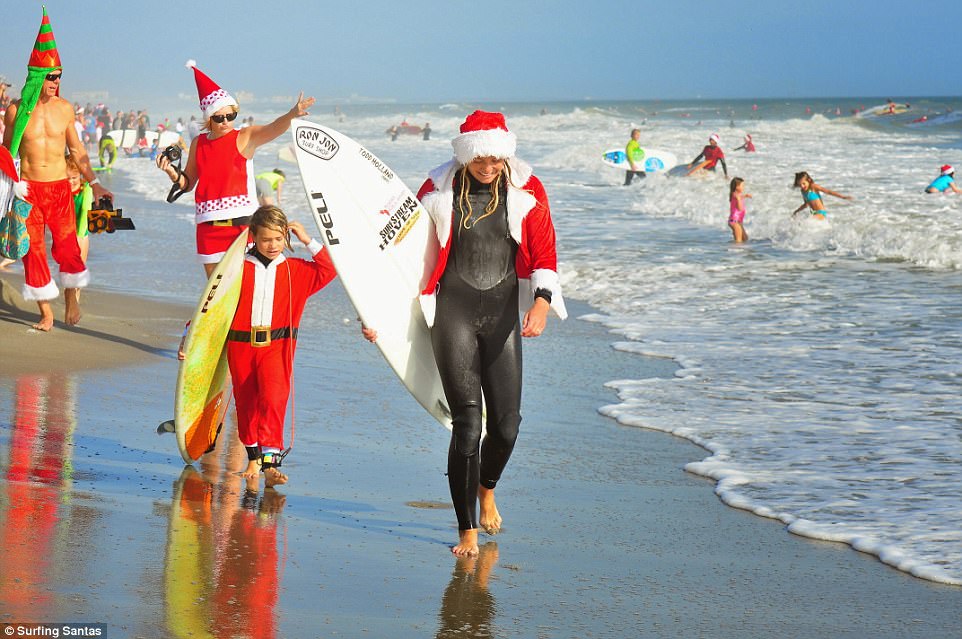 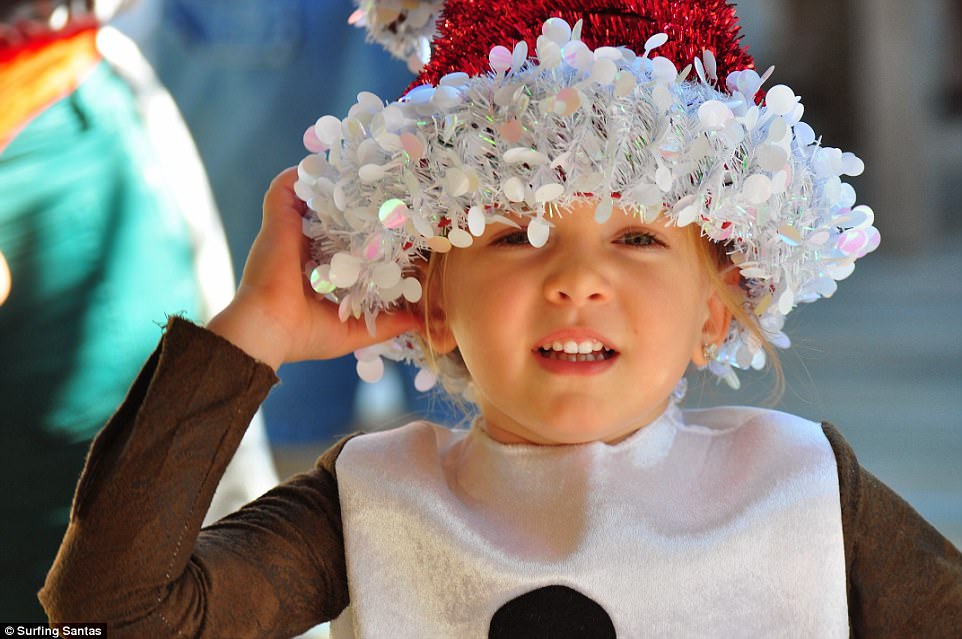 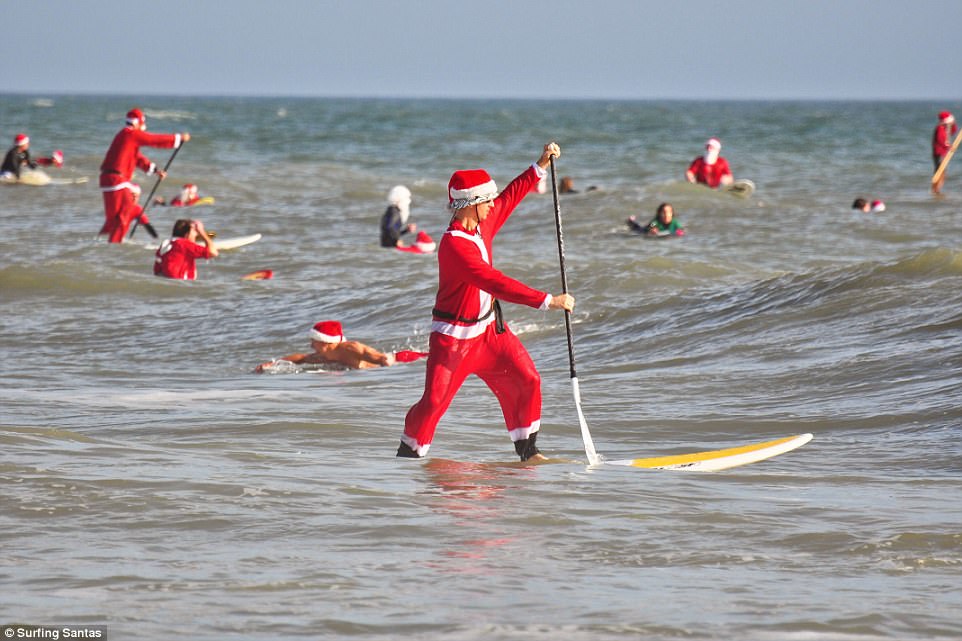 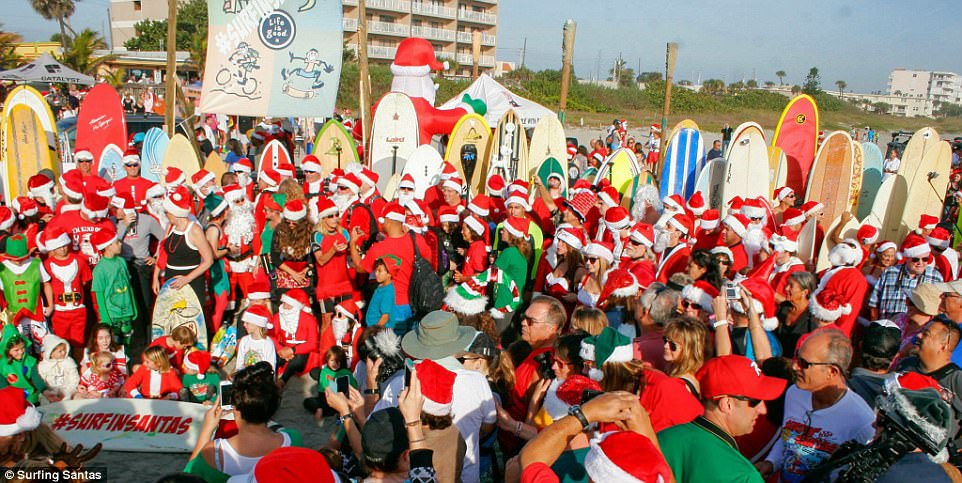 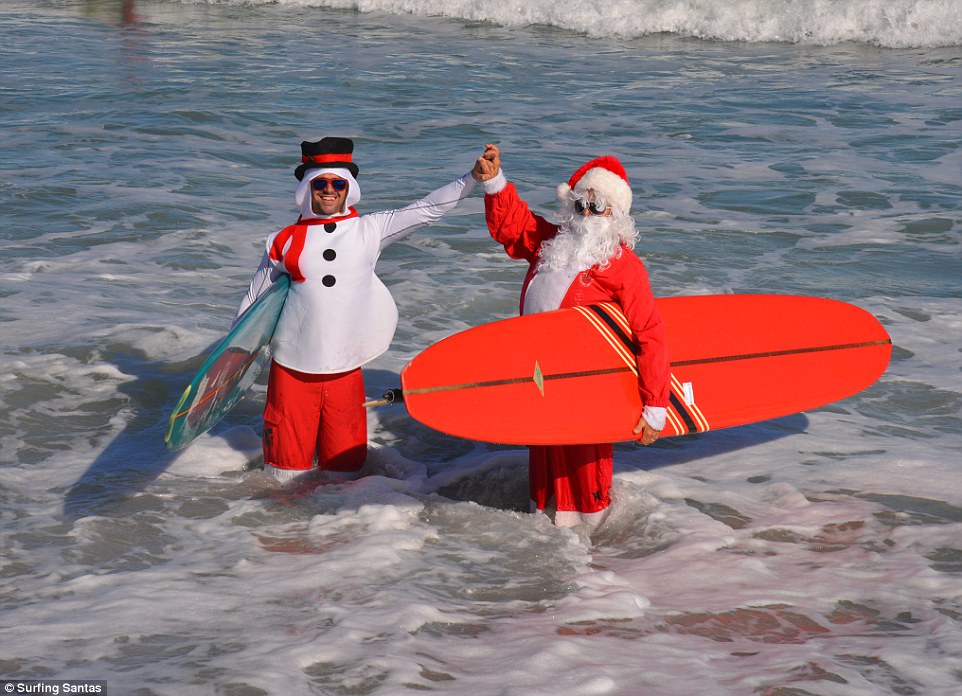 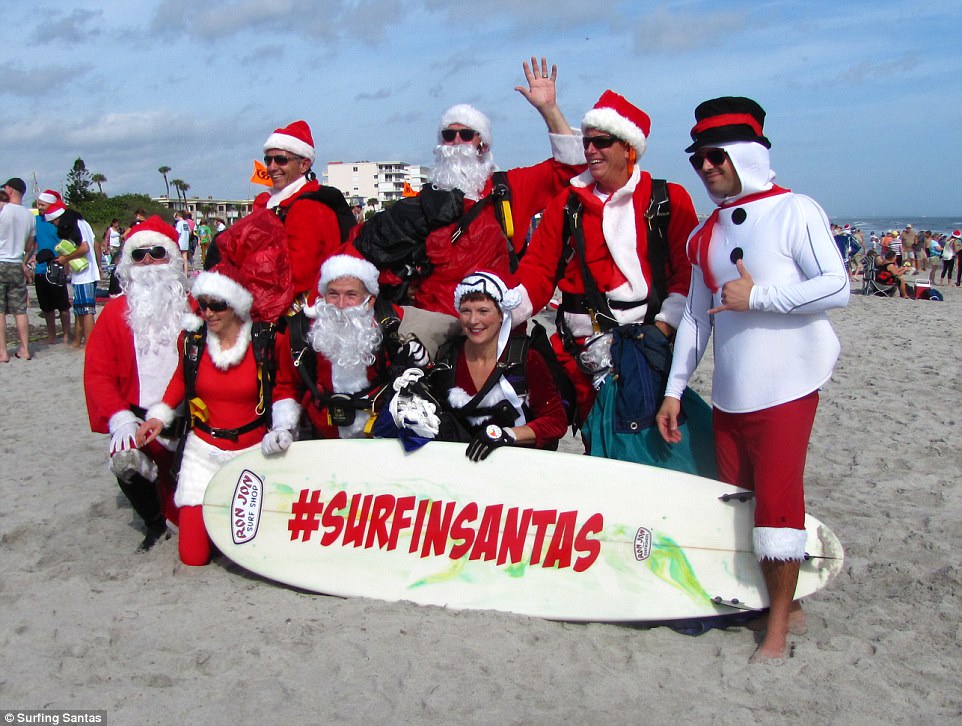 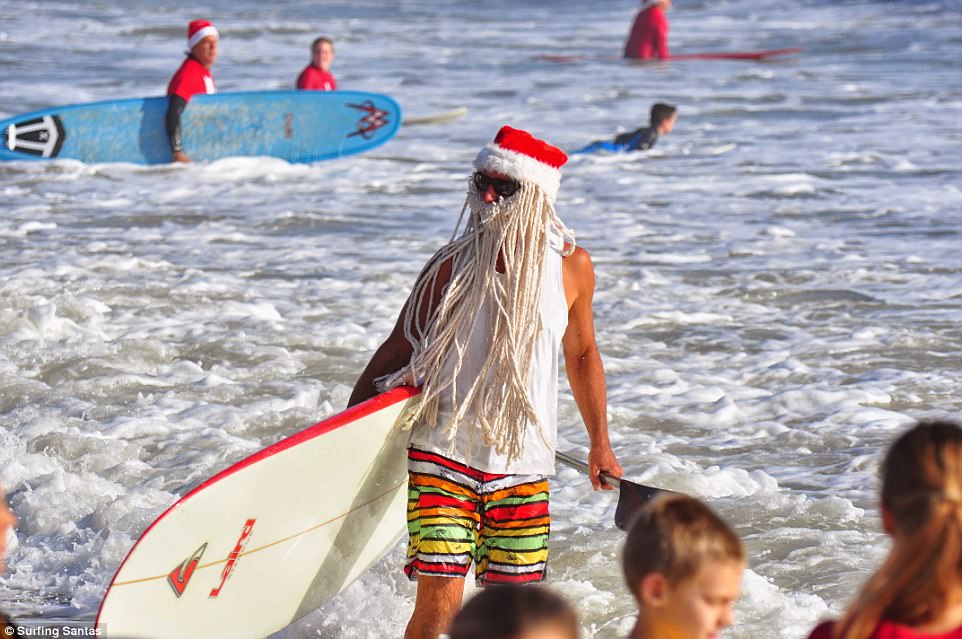 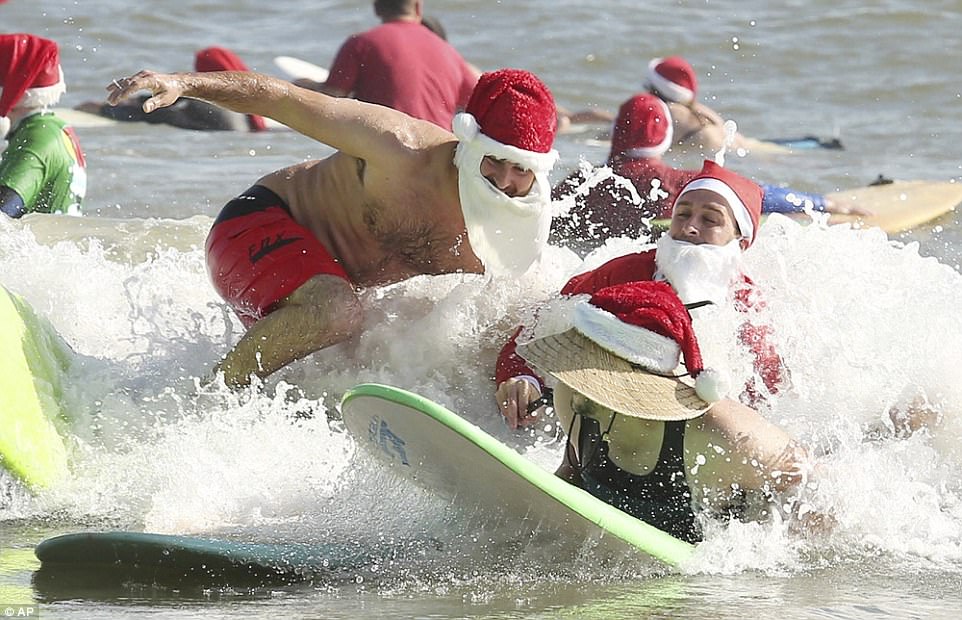 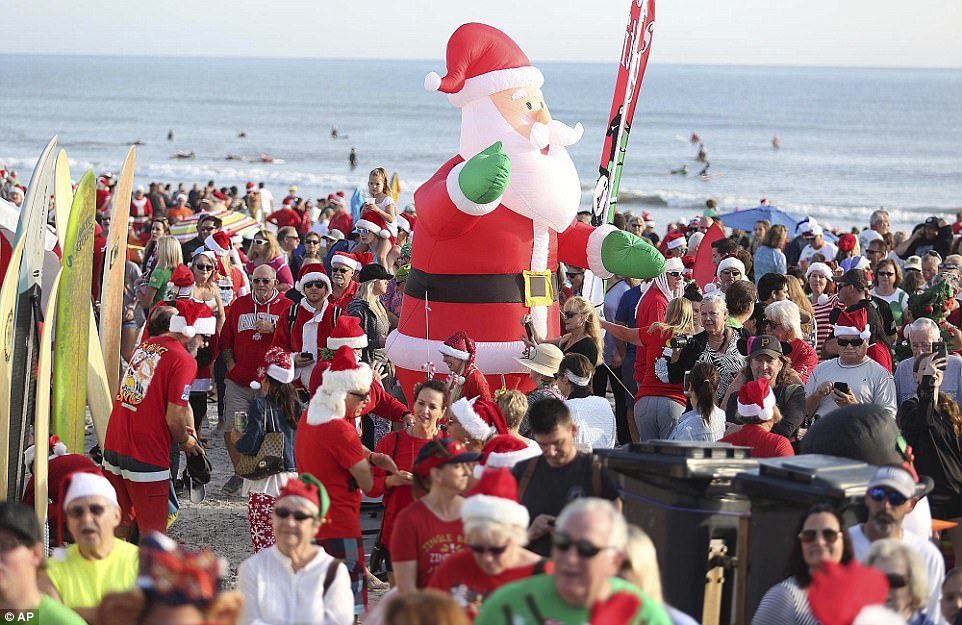