Homeowners can lock into fixed rate mortgages that last an entire decade at record low levels as banks and building societies battle for their business.

A fierce mortgage price war has seen the number of 10-year fixed rate mortgages on offer grow substantially over the past year, pushing rates down to an average 2.76 per cent, according to financial data specialist Moneyfacts.

The lowest ten-year fixed rate mortgage on the market is currently set at just 2.2 per cent by Coventry Building Society, following the news earlier this month that five-year fixed rate home loans are also now at rock bottom levels.

Long-term mortgage fixed rates have never been as popular in this country as they are abroad, but figures suggest this may be changing.

There has been a rise in the popularity of longer-term deals in recent months as a combination of economic uncertainty and cheap rates have tempted borrowers into fixing for longer.

This has been exacerbated by the uncertainty of both the upcoming election and Brexit prompting many homeowners to seek financial certainty on their mortgage repayments.

Some 17 banks and building societies currently offer 10-year fixes, four more than a year ago and eight more than two years ago, according to Moneyfacts.

There are around 158 different deals for borrowers to choose from, with the average rate dropping by 0.32 per cent in a year to today’s average of 2.76 per cent.

Darren Cook, finance expert at Moneyfacts, said: ‘During a period of economic uncertainty, borrowers may be considering alternative ways to shield themselves against interest rate fluctuations and assure some stability in household expenses for the longer-term.

‘A 10-year fixed rate mortgage is a large commitment, so potential borrowers need to feel confident that their circumstances are unlikely to change in the foreseeable future to benefit from the longer-term certainty that this product provides.’

Some 108 of the 158 available 10-year deals are only accessible where borrowers have a minimum deposit of 25 per cent. Only two products are available at maximum 95 per cent loan-to-values.

The cheapest decade-long deal is currently with Coventry Building Society, which offers a 10-year fix up to 50 per cent loan-to-value at 2.20 per cent with a £999 fee.

TSB offers a similar deal at 2.29 per cent with a £994 fee, but up to 75 per cent loan-to-value, making it accessible to more borrowers.

On the example given above, TSB’s offering would result in monthly repayments of £876.

> Read our regularly updated What next for mortgage rates guide 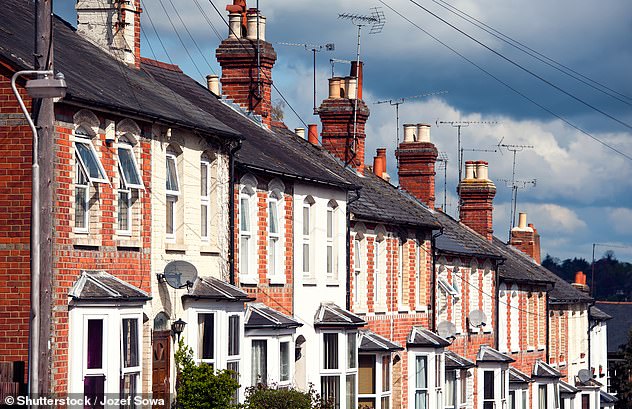 The monthly difference between the average two and 10-year fix is now just 0.36 per cent

Should I lock in for longer?

Locking in your mortgage payments for a decade helps provide certainty, but at the cost of the flexibility a shorter-term fixed rate would offer.

If you need to pay back your mortgage sooner, or get a different loan to borrow more or move house before the end of the term, there are usually expensive early repayment charges to pay.

Some deals may allow you to leave after a set period of time without paying any charges, however.

This gives borrowers the financial security of a 10-year fix with the commitment of a five-year deal.

The catch is that it will cost borrowers a premium on the rate.

These terms are different on every deal so it’s important to double check how much it could cost you if your circumstances change.

Traditionally, most borrowers have opted for a two-year fixed rate deal, as they are cheaper than longer term deals, meaning a smaller outlay each month.

But the difference is not as great as it once was. For example, a £200,000 mortgage taken over 25 years on the average two-year fixed rate today would result in monthly repayments of £887.

On the 10-year average however, the monthly repayment would be £924, a difference of £37 per month.

But, there’s no guarantee that two-year fixes will remain as low as they are, meaning locking in could prove prudent if rates were to rise in the future.