We took on the duke’s men… and won: Tenant farmer saves farm that’s been in his family for 300 years after one of Britain’s wealthiest aristocrats wanted to take it over for ‘storage’

By Chris Brooke for the Daily Mail

For 300 years, successive generations of the Winterburn family have worked long and hard to run their Yorkshire Dales tenant farm.

But that dedication counted for nothing when the estate of one of Britain’s wealthiest aristocrats decided it wanted the family out to take over their buildings for ‘storage’ and other purposes.

A two-year planning battle followed, with farmer Colin Winterburn, 71, ultimately beating the odds to be declared victorious in a ‘David versus Goliath’ struggle.

Standing firm: Colin and Joanna Winterburn are pictured above. The committee decided the land should remain as a farm, partly to protect the Winterburn family’s human rights

Unlike other small tenant farms on the 30,000-acre Bolton Abbey Estate, Mr Winterburn and his family stood firm and refused to co-operate with a development plan put forward by the Chatsworth Settlement Trustees (CST), which runs the estate for the Duke of Devonshire.

Mr Winterburn made an impassioned plea to the Yorkshire Dales National Park planning committee, saying that if the scheme was approved his family would lose their home, the shop and the cattle farm they had run since the early 1700s. 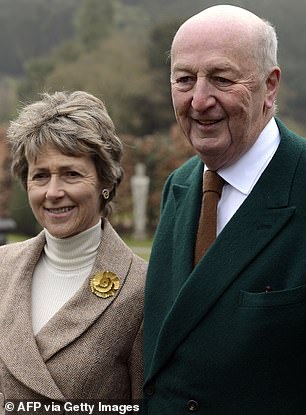 Landowners: The Duke and Duchess of Devonshire. According to this year’s Sunday Times Rich List, the Duke of Devonshire’s wealth is estimated at £890 million

Like his father, grandfather and great-grandfather before him, he has lived his entire life on Red Lion Farm near Beamsley.

Mr Winterburn said the ‘change of use’ plan was part of a worrying pattern to move out local farmers in search of greater profit.

‘It seems to us the estate are intent on removing the indigenous population to make way for holiday cottages, business people and wealthy retirees.

‘We once knew every farmer on the estate but we don’t know the folk living next door now.’

His wife, Joanna, 58, added: ‘They wanted to take away our past, our present and our future. We are Dales people, it’s something you don’t question.’

The committee decided the land should remain as a farm, partly to protect the Winterburn family’s human rights.

He added: ‘I can’t imagine where they are coming from if they are taking the view that storage requirement by the settlement trustees over-rides this very long-standing tenancy and the needs of a Dales farmer and his family who have been farming this particular land for generations.’

CST agent John Steel said the scheme was needed for better operational management of the estate and claimed the family could still run a farm from a different location. 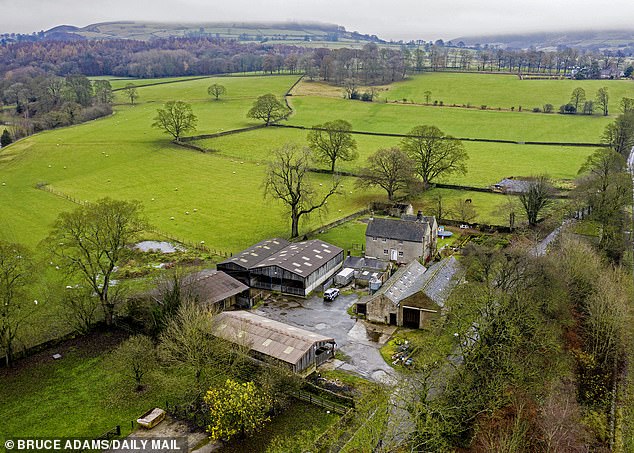 In the family for 300 years: The Winterburns’ Red Lion Farm in the Dales. Mr Winterburn said the ‘change of use’ plan was part of a worrying pattern to move out local farmers in search of greater profit

The Winterburns are waiting to see if the trustees of the duke’s vast estate decide to appeal.

A spokesman for the CST said it was considering its position following the decision, adding: ‘The trustees’ aim has always been, and continues to be, that we reach a conclusion that is agreeable to all parties.’

According to this year’s Sunday Times Rich List, the Duke of Devonshire’s wealth is estimated at £890 million.

He has spent at least £32 million on a ten-year restoration of Chatsworth House, his family’s seat in Derbyshire.

Its 75,000 acres are worth £270 million and its art collection of grand master paintings is worth hundreds of millions.