Nightmare tenants caused $50,000 worth of damage to a man’s home after he helped out a friend while he worked away.

Knives were left sticking out of the walls, glass broken on the floor, wiring stripped out and soiled clothes were strewn throughout Tom Fraser’s home in Goodna, Queensland, which he rented out when he moved interstate for his job.

When he returned he found the house in a horrifying state but because it was privately rented he is now facing a struggle to fix it. 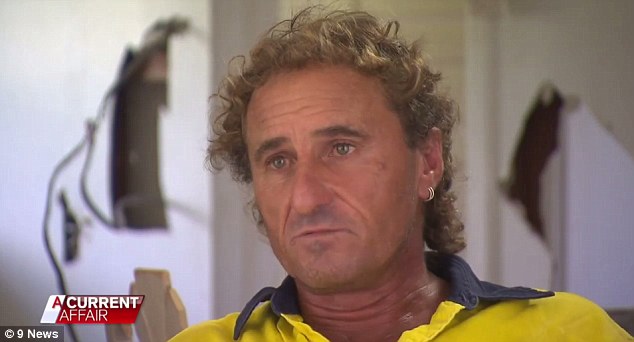 Mr Fraser, a fly-in-fly-out rigger, left his home in the hands of a friend when he moved away in January 2017 and opted to save on real estate fees by agreeing a tenancy with the woman.

The rent dried up though after six months Mr Fraser claims, leaving him with a battle to reclaim what he owns.

When he came back from his work, he claims the whole house had been gutted and completely destroyed.

But because he was renting to an old friend, who moved in with her young child, he thought the arrangement would be fine. 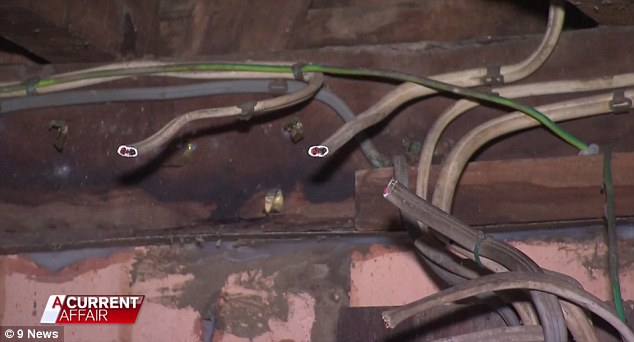 Even the wiring in the house was completely stripped out

Evidence of the previous occupiers remained inside the house including school books, uniform and women’s clothing.

Mr Fraser says he has to manage the mortgage payments and the repair bill all by himself after his home insurance expired during his time away when he was unable to resolve due to poor phone and email connection.

‘One woman, one child – you’d think there would be no problem,’ Mr Fraser told the Channel 9 program. 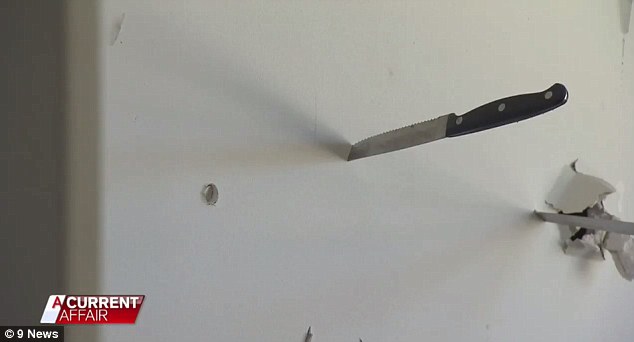 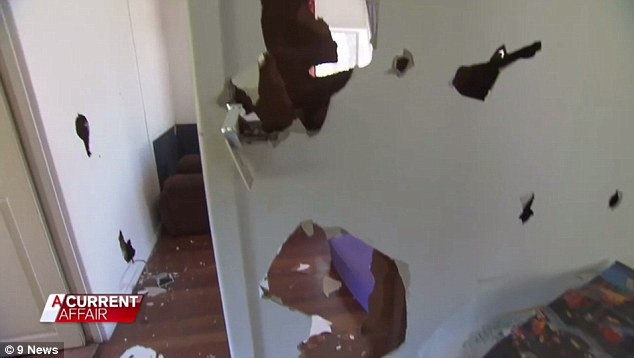 The rent dried up though after six months, Mr Fraser claims, leaving him with a huge repair bill

‘All I ever tried to do was help that person and this is how I get repaid.

‘I feel used, I feel abused, taken advantage of.’

He is now urging fellow landlords to make sure they rent their properties through an agent rather than directly to the tenant.

Rudy Grommen, the real estate agent he bought the property from in 2015, has now set up a fund to help start covering Mr Fraser’s costs and the clean-up. 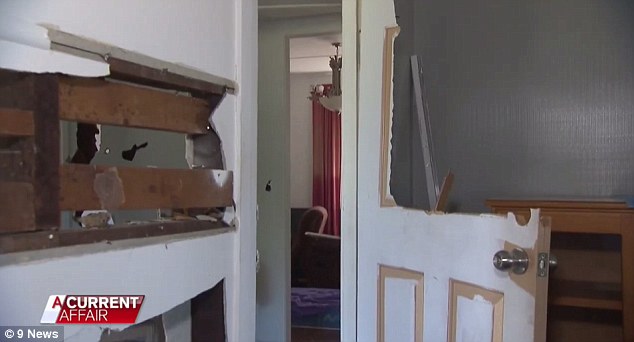 Mr Fraser is not the only landlord who is locked in a battle with a tenant from hell after renting privately.

Anne Coutts-Smith rented out her Logan townhouse and claims she is owed $5,000 in unpaid rent since November.

She echoed Mr Fraser’s statements to make sure potential landlords rent their properties through an agency in order to make sure they are properly protected through law with security bonds and other landlord rights.

She found her tenant on Gumtree six months ago but even after allegedly issuing an eviction notice in December, she remains inside the house having changed the locks twice.

‘She’s squatting and I want her out,’ Ms Coutts-Smith said. ‘If I had my way I would break the lock in and get her out myself.’ 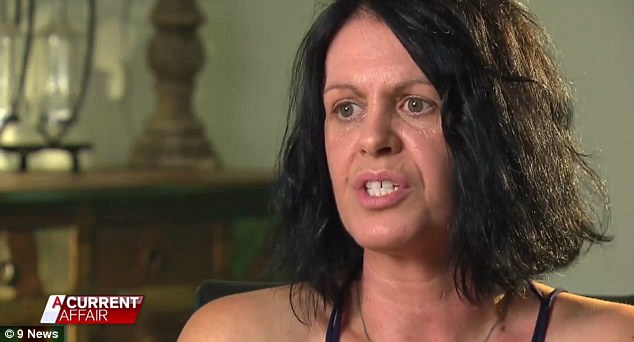 Anne Coutts-Smith rented out her Logan townhouse and claims she is owed $5,000

She added on one occasion when was able to get inside the house by breaking the locks on her own property, she found drug paraphernalia, faeces throughout the house, food lying around and the house in a complete mess.

Police are reportedly looking into what action it can take over the dispute, the program said.

Property law experts say the police have to obtain a warrant once the case has gone through a civil court judge before they can take action.

If landlords enter at any time during a dispute they can be classed as trespassing on their own property, in accordance with the law.