Michael Roberson, 45, was arrested for gouging a woman’s eyes out

A Tennessee man was charged with attempted first-degree murder after he admitted to gouging a woman’s eyes out and later claiming to police he had no recollection of the horrific attack.

Michael Roberson, 45, was taken into custody in Chattanooga Wednesday after he was found at the crime scene alongside the victim, 33, who was face down with several stab wounds and both eyes out of socket – with one lying next to her body.

Police responded to a call that evening citing the domestic assault on the 7300 block of Frances Drive before the killer told authorities he ‘blacked out’ amid a ‘low point’ in his life during the onslaught, according to the Times Free Press.

While it’s currently unclear what Roberson’s relationship to the victim is, he alleged the near death dispute originated over a child.

The woman was immediately transported to Erlanger Health System where she suffered chest, arm and stomach injuries aside from permanent vision loss. 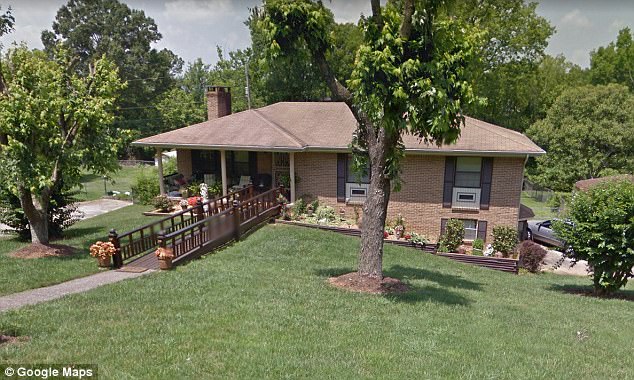 Roberson was also charged with aggravated assault – a crime he is no stranger to.

It had been discovered Roberson held a history of aggravated assault, stemming from a 2006 incident that involved three police men who responded to another call involving Roberson’s violent outburst.

During the vent, he reportedly attempted to kill officers by grabbing one of their guns and pointing it in their direction. The officers also suffered injuries.

The incident report said Roberson was finally wrangled into handcuffs after one officer hit him over the head with a flower pot, the Times Free Press reported.

Charges against him were later dismissed as Roberson was found not guilty by insanity defense.

Roberson is currently held in the Hamilton County Jail on bond of $500,000.

He is set to appear in Hamilton County General Sessions Court Monday to answer to the charges brought against him. 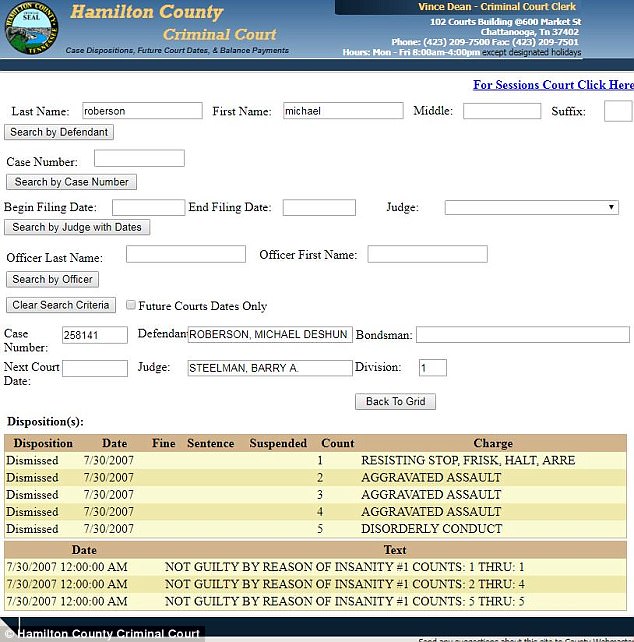 Roberson is set to appear in Hamilton County General Sessions Court Monday to answer to the charges brought against him.

Just last week, a transgender teen from Missouri died after her eyes were gouged out and her genitals mutilated from a stabbing attack.

Ally Steinfeld, 17, who was born male before transitioning, was murdered by a foursome who bagged her body and placed it in a chicken coop outside a mobile home in Cabool.

James Grigsby, 25, was charged with abandonment of a corpse and tampering with evidence earlier this week, while other suspects, Briana Calderas, 24, Andrew Vrba, 18 and Isis Schauer, 18, were previously charged with first-degree murder and other counts related to the crime.

Distraught family members to the victim told the News Leader Steinfeld was a likeable person who didn’t ‘like conflict.’

Steinfeld’s loved ones said it’s still unclear whether or not the horrifying attack was transphobic inspired.

‘We honestly don’t understand why they done it,’ Steinfeld’s sister, Ashleigh Boswell told the newspaper. ‘It just don’t make any sense.’

The Texas County Sheriff’s Department since confirmed the killing would not be considered a hate crime.