A 32-year-old mother-of-three has had a 20-pound cyst removed from her abdomen after five years of agonizing pain.

Ashley Walden, of Springfield, Tennessee, was diagnosed with a benign cyst in 2013, but her doctor said there was nothing to be done.

However, her belly soon began to swell, as did her pain. By 2016, she looked pregnant and struggled to walk.

This year, Walden’s pain reached such intensity that she went to the emergency room, where stunned doctors told her she needed surgery to get it removed.

Walden was so nervous, she canceled the first surgery, then the next, before finally agreeing to go under the knife last week at NorthCrest Medical Center.

Now, she is speaking out, urging anyone else in a similar situation not to wait as long as she did, losing precious time with her family. 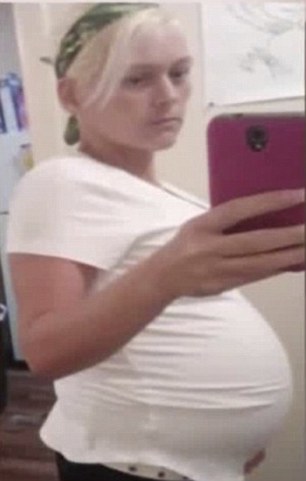 How the cyst grew: Ashley Walden, 32, pictured in 2013 (left) and more recently (right) with her ovarian cyst which swelled to look like the size of an unborn baby 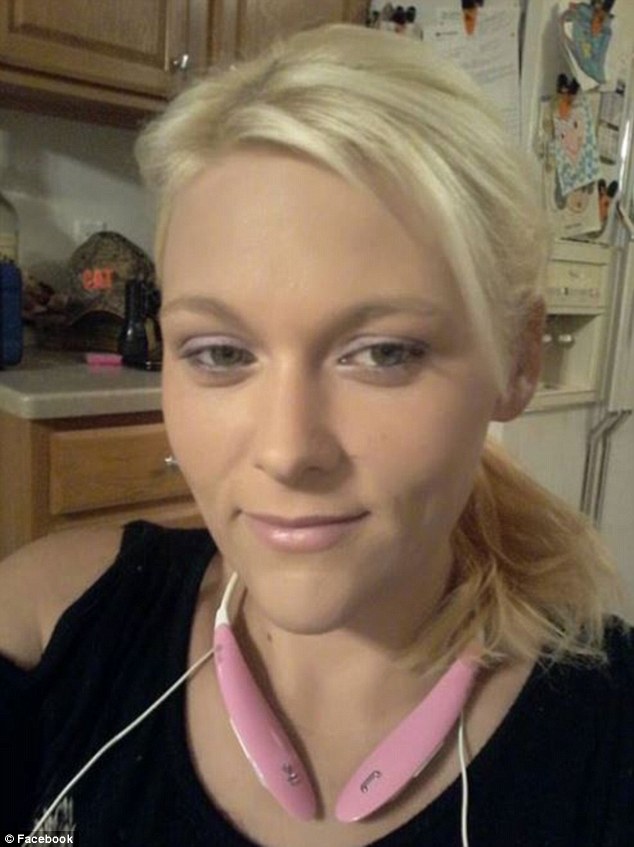 ‘It’s been two years since I have been able to enjoy time with my kids,’ Walden told WVLT.

Ovarian cysts are fairly common and are usually harmless and relatively painless.

They are usually small sacs filled with fluid, like a pimple. Like a pimple, they will eventually fade away.

However, for a minority of women (around 20 percent of cysts), they can be painful, especially if they grow large or if they manage to twist the follicle.

In rare case, they can develop into cancer or be a sign of another ovarian medical issue such as fibroids or PCOS.

If they rupture, that can be a medical emergency.

Symptoms of an ovarian cyst include bloating, pain during sex, a constant need to pee, and pain in the back or legs.

For Walden, her case was initially reviewed as a typical one.

That turned out not to be the case. 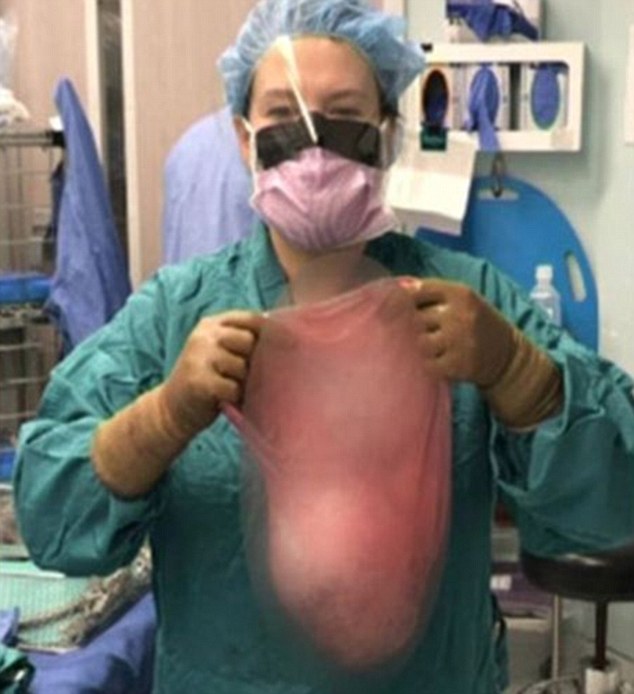 The cyst: This was the cyst after it was removed from Walden’s abdomen last week

When she arrived at NorthCrest earlier this year, she met Dr Shana Dowell, who insisted that she should not have feared seeking medical help before it got too severe.

It’s a complicated issue for women. Our understanding of the female reproductive system and the illnesses associated with it is still in its infancy.

Many conditions – benign and malignant – present the same symptoms as indigestion or menstrual pain. And studies, including the recent book Invisible, have shown that gynecologists – both men and women – often err on the side of assuming that women may be exaggerating or paranoid about their symptoms.

Dr Dowell maintains that, regardless, putting off treatment doesn’t help anyone.

‘A good gynecologist will always listen to your concerns, do an exam and run the necessary tests,’ Dr Dowell told WVLT.