A Tennessee nurse has spoken of her ordeal after being drugged and raped by a British police officer while studying in Antigua.

Kaitlin Hurley, from Maryville, was attacked by former Scotland Yard PC Lee Martin-Cramp who was visiting the island for a wedding in May 2015 while she studied there.

The former officer was jailed for 15 years on Thursday after he was convicted by a jury at Antigua’s High court of rape.

Devout Christian Hurley, who met Martin-Cramp on Tinder, has now waived her right to anonymity and told her story to CNN.

Hurley, who transferred from Belmont University to Macedonia School of Nursing at the University of Health Sciences Antigua in 2014, told the network: ‘I’m serving a life sentence in recovery. Nothing can make me the person I once was.’

The pair began messaging after connecting on the dating app with Hurley – who had not had sex before – telling Martin-Cramp not to expect intercourse from their date.

He promised to respect her wishes and the two shared more texts, with the officer sending her selfies in his uniform, messages show.

But the Metropolitan Police said the 26-year-old used his job to dupe his victim into trusting him. The two shared some wine on their date before Martin-Cramp spiked Hurley’s drink while she was out of the room. He told her the strange taste was vodka he had added. 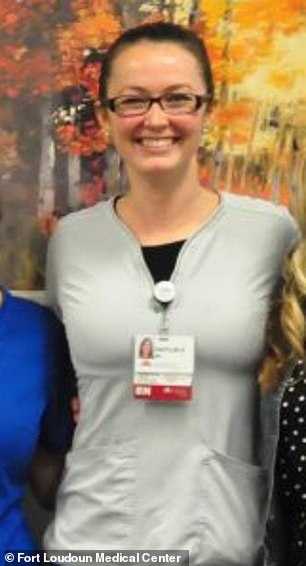 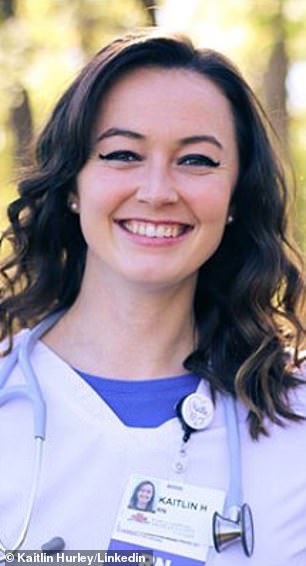 Victim Kaitlin Hurley, from Maryville, was raped after she met Martin-Cramp on Tinder. Devout Christian Hurley has now waived her right to anonymity to tell her story

Kaitlin told CNN: ‘From that moment I can hardly recall what [happened] after, because I was feeling so dizzy. But I can recall at one point Lee was over me while I was lying in my bed, I was screaming at one point telling him no and to stop.’

After finding bruising and a bite mark she messaged Martin-Cramp who initially maintained the pair did not have sex.

But after further questioning he said they did have had sex – after Kaitlin had ‘jumped on top’ of him.

After speaking with her mother and father, Kaitlin went to hospital where a medical examination confirmed she had been raped.

In her victim impact statement, Kaitlin, who has now returned home to the US, said: ‘It was me against the world and the world was winning. The pursuit of my degree and going home to see my family was all that kept me going, and sometimes not even that was enough.

‘For many months, I felt numb if not empty. I cried myself to sleep at night every night for an entire year. I typed many suicide letters on my phone then after a few days deleted them, just to write another.

‘I gave up my life in the United States to come to Antigua for what I felt in my heart was serving God.

‘When this happened, I felt as though God betrayed me, even after I followed Him and His way of living. I still do not understand why He allowed this trauma to happen to me. And my heart breaks as I continually wonder why bad things happen to good people.’ 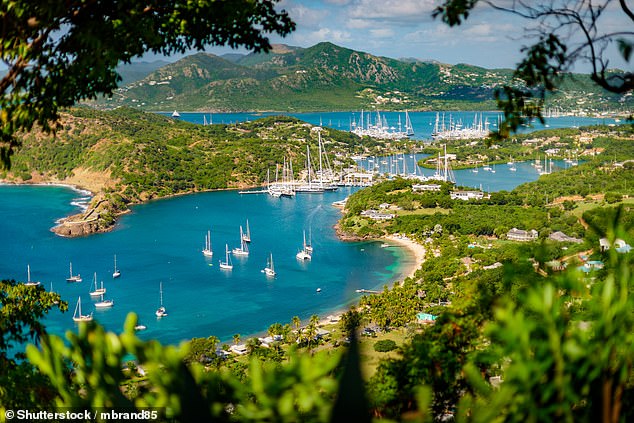 Martin-Cramp had previously claimed being sent to the Caribbean would breach his human rights. He tried to block an extradition request to the paradise island, claiming detention in its notorious 18th century prison would be inhumane.

But in a legal first, West Indian authorities convinced a London judge to sign off his extradition with an extraordinary accommodation deal.

Martin-Cramp, who joined the Metropolitan Police in 2014 and was posted to the Wanted Offenders Unit in Wimbledon, south east London, was arrested in June 2016 and extradited in 2018.

He maintained the incident was consensual but was sentenced to 15 years last week.

Kaitlin said: ‘I’m bummed. It should’ve been more. Fifteen years is a lot but I’m dealing with this stuff for the rest of my life.’

Her father Derrick added: ‘I never imagined I could be capable of killing someone. That’s how this has changed me.’

A Special Case Hearing by the Met in June found that the Scotland Yard officer had acted without ‘honesty or integrity’ and was dismissed without notice.

Commander Catherine Roper, Professional Standards, said: ‘The evidence given during the trial included distressing details of how the victim trusted him because he was a police officer, and how he took advantage of that trust in the most deplorable way.’