Tennessee woman surprised with car and giftcards for gas

A woman from Tennessee whose mother just passed away ended up crying tears of joy after her boss teamed up with her co-workers to buy her a new car when they discovered she had a six-hour-long roundtrip commute to work.

The moment Linda Walton’s life changed was caught on camera as her boss, Krissy Marcellini Tammaro, presented her with a 1998 Pontiac Grand Prix in her driveway.

Her colleagues from Pristine Clean and Organizational Services in Cordova all pitched in to pay for the vehicle, the first month of car insurance as well as money for gas.

The smile that says it all: Linda Walton was given a new car by her work colleagues to make her journey into work more bearable 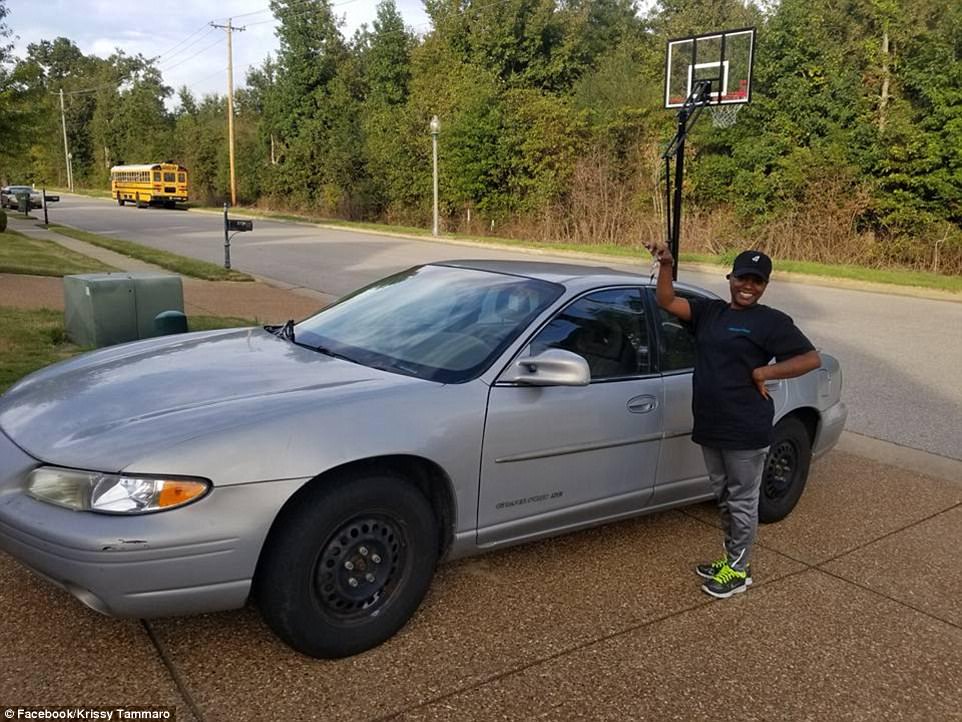 Walton, would have to take a two-hour bus journey for some 30 miles all the way from Memphis before embarking on a 40 minute walk to work.

Despite the trek, she has never missed a day in the two months she has been with the company.

Her colleagues felt sympathy after learning that her mom recently died and they decided her dedication to her job should be rewarded.

Her fellow workers only became aware of what an ordeal Walton had to endure each day after another employee took her home.

After her boss found out about the daily trek, they decided to do something about it for their happy-faced colleague.

The team decided to buy her a car which would bring the 30 mile journey down to a civilized 25 minute commute. 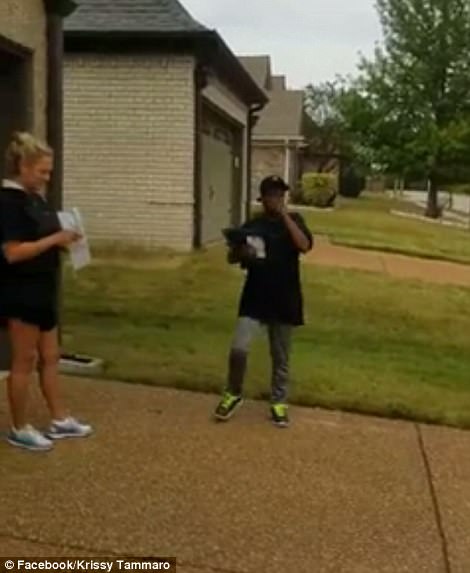 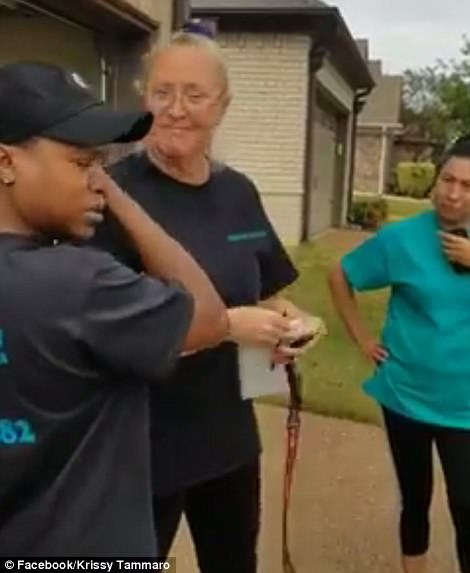 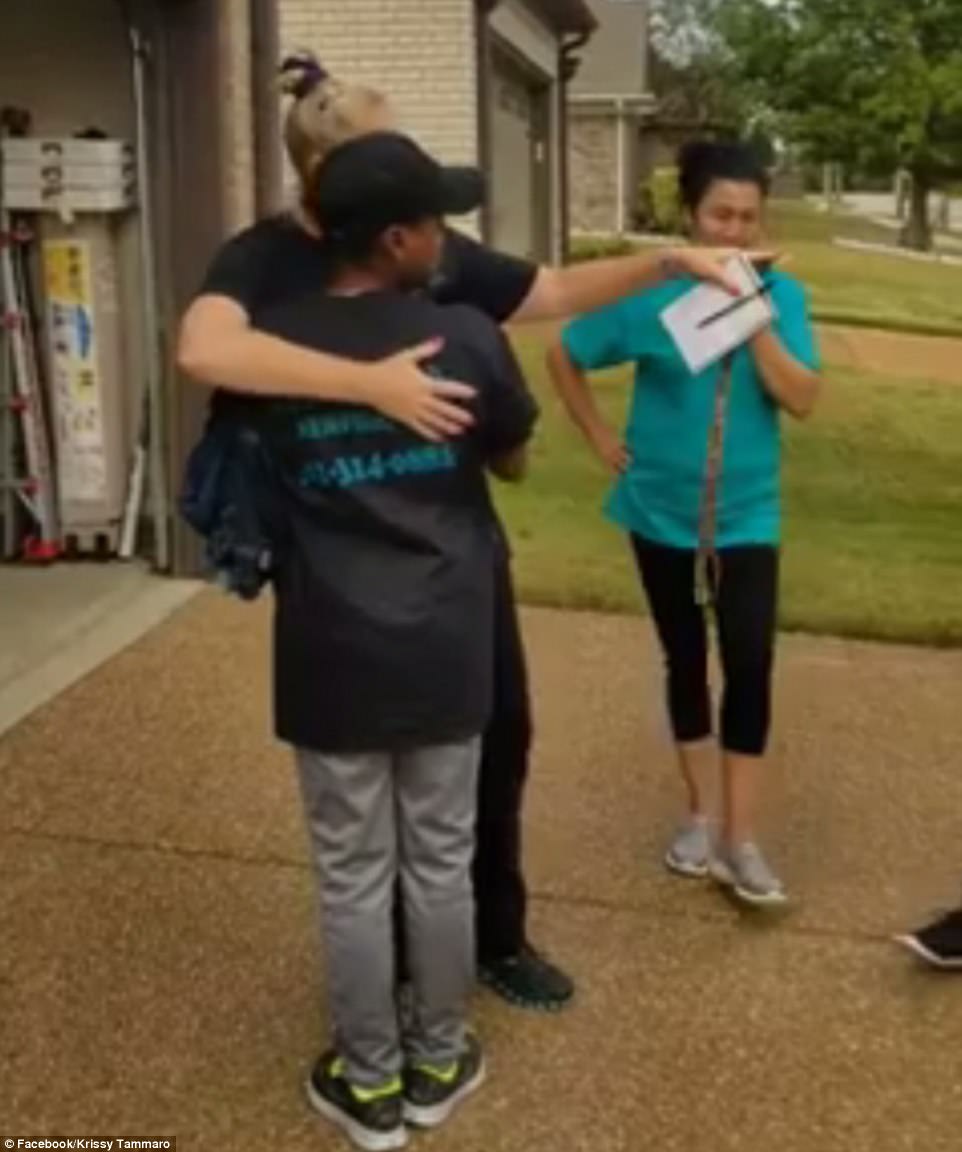 One of Tammaro’s employees found a used car for sale. Then a group of six other employees took a look at it, pooled together some money and made the purchase.

The group also pitched in to pay for new tires, an oil change, one month of car insurance and $100 in gas cards.

‘She is a great human being,’ Tammaro told Inside Edition. ‘If you were to know Miss Linda, you would want to do this for her. She has a huge heart.

‘The determination she has to come to work — who wouldn’t want to reward someone like that?’ 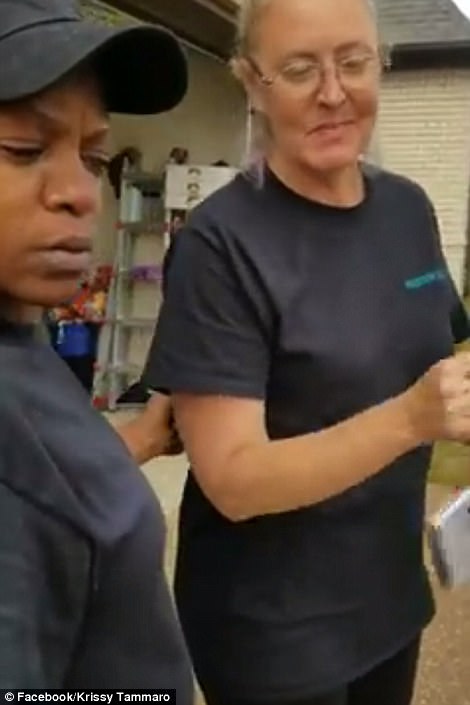 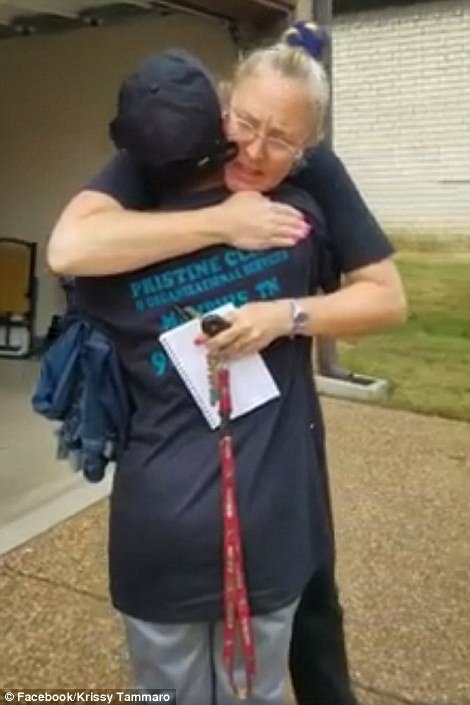 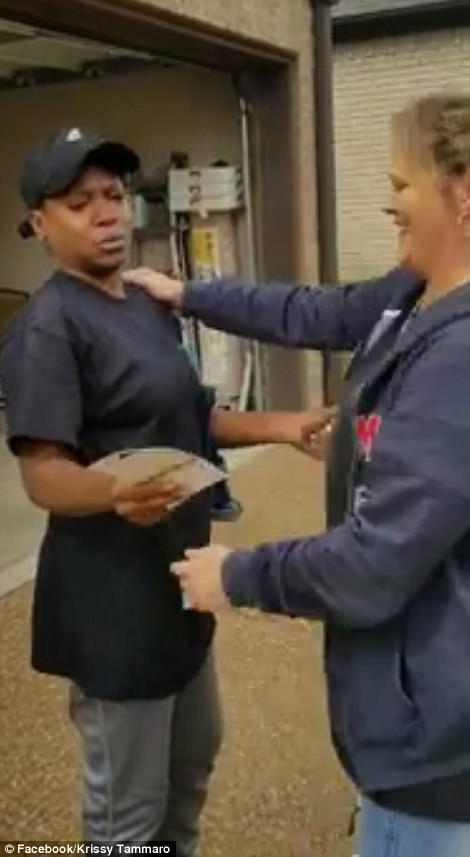 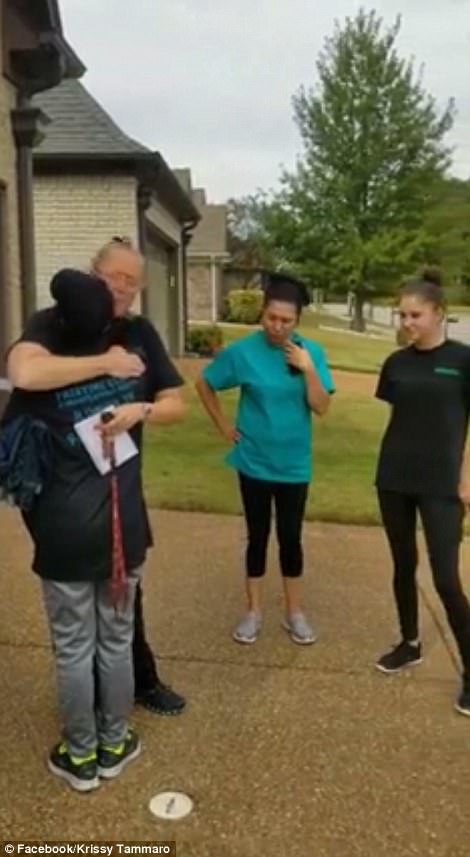 She went around hugging each of her co-workers who had clubbed together to purchase the car along with new tires, an oil change, the first month of car insurance and $100 in gas cards

On Friday, Tammaro invited Walton over to her house, where she was surprised by the entire staff with a 1998 Pontiac Grand Prix.

In an emotional video that was posted online, Walton is seen breaking down as she feels the love of her work colleagues with each of them giving her a big hug.

‘I had to depend on other people or get up early to catch the bus,’ Walton said. ‘It was a daily struggle. They knew but they didn’t because I didn’t complain.

‘All my prayers were answered. I prayed the night before I couldn’t get a ride to work… I asked God to fix my transportation problems — I know it was him.’