Top 20 tennis player Grigor Dimitrov certainly made an impression when he stepped on court at the Australian Open on Monday.

The Bulgarian tennis superstar, 28, opted for a deep purple tracksuit flecked with yellow spots, designed by his sponsor Nike. He finished the look with his trademark sweatbands and headband.

However, the eighties-inspired sporting gear went down like a proverbial lead balloon when fans courtside in the Melbourne Arena spotted it.

Serena Williams, famous for her interesting attire on court, even quipped ‘is that mine?’ 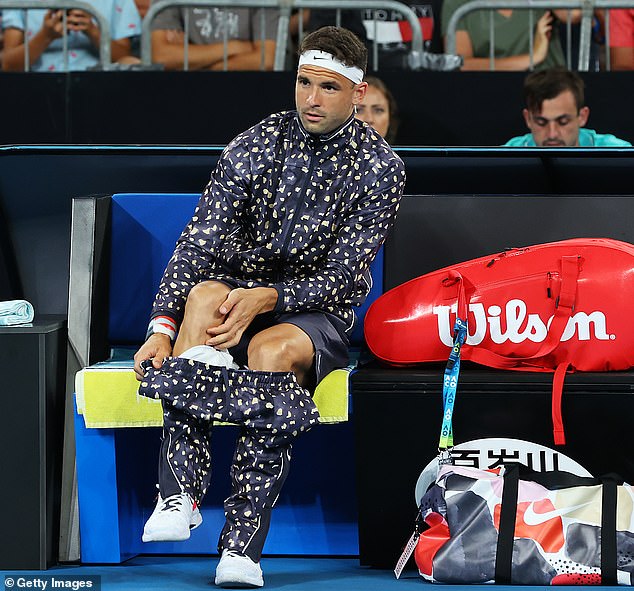 The flamboyant tennis star, known for his love of bright colours, didn’t have quite the impact he’d hoped on viewers watching at home, with many saying the sporting ensemble was ‘migraine-inducing’

Women’s tennis legend, known for her own outlandish fashion sense on court, quipped: ‘Ummmmm is that mine?’

While many suggested that the player, who once dated Maria Sharapova, looked like he’d stepped on court in his pyjamas, others said the brash nature of the tracksuit was ‘migraine-inducing’.

Meanwhile, Dimitrov, who’s known for his love of colour, has defended his outfit, saying he wants to stand out.

Speaking after the match, which saw him dispose of opponent Juan Ignacio Londero 6-2, 6-0, 6-4, the athlete told ATP Tour: ‘I don’t want to be vanilla. I love being different when it comes to things like that.

He added: ‘I actually love it. I love colors. I love experimenting as well.’

The star said his sponsor Nike had let him have some input into the ensemble too. 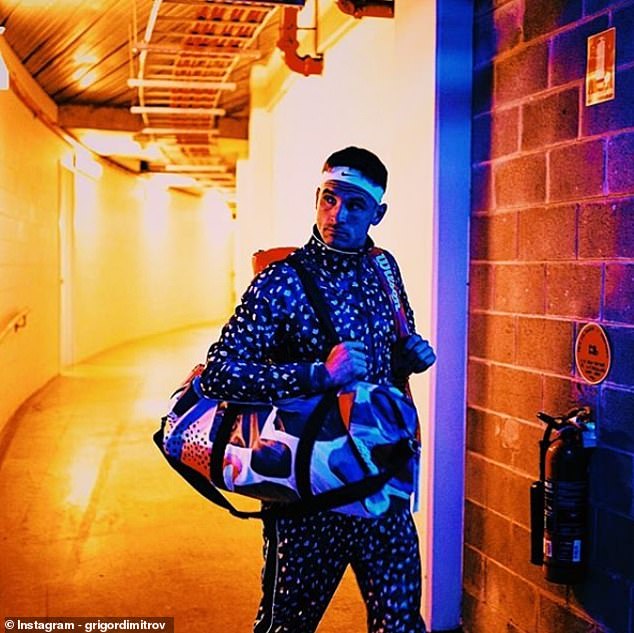 On Instagram, the tennis star shared a colourful image of himself preparing to go court wearing the tracksuit, which is designed by his kit sponsor Nike 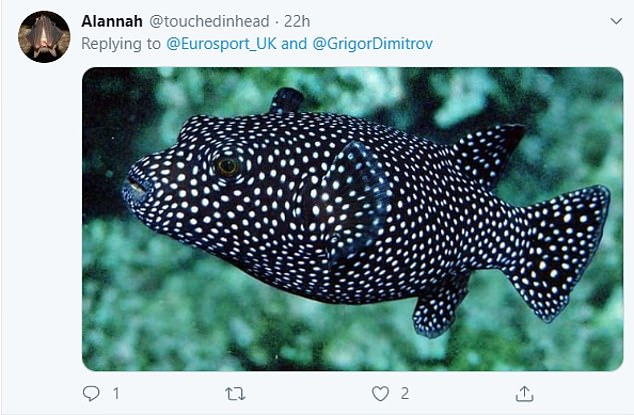 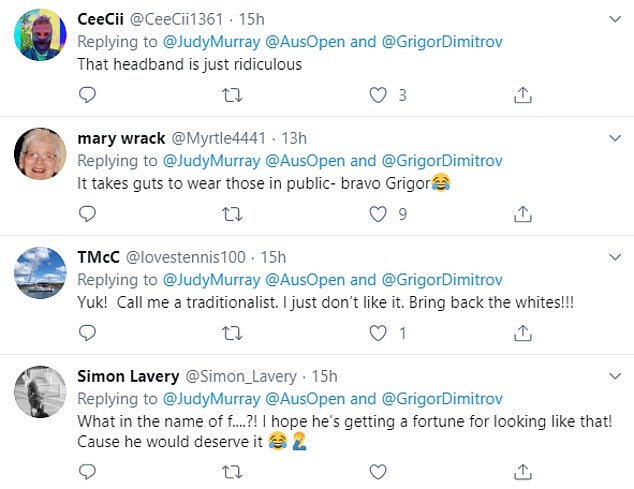 On Instagram, ahead of the match, Dimitrov posted a stylised photo of himself posing in the tracksuit, posting a single cheetah emoji to go with it.

Over on Twitter, the tennis star’s desire to get noticed clearly worked, with hundreds of people commenting on the outlandish outfit.

@Murfolator penned: ‘I thought I was looking at the tv when the aerial cable has fallen out.

@arqisabeltejeda added that all that really mattered was his performance, saying:  ‘He won didn’t he? Must have been the lucky fashion statement! He rocked it!’

@Myrtle4441 wrote: ‘It takes guts to wear those in public- bravo Grigor’

@lovestennis100 wasn’t convinced though, penning: ‘Yuk! Call me a traditionalist. I just don’t like it. Bring back the whites!’

One of the tennis player’s coaches, Andre Agassi, who wore similarly bright clothes on court, apparently also gave Dimitrov his seal of approval.

He said: ‘Andre was very happy with it. He was impressed. He was like, ‘Wow, I know where that comes from.’