Former world number one Andy Murray said he expects to be back to his physical best by January next year, 12 months after he had hip resurfacing surgery in a bid to salvage his career.

Murray, 32, made his long-awaited singles return at the Cincinnati Masters on Monday – his first singles match since an opening-round Australian Open exit in January, where he lost in straight sets to Richard Gasquet.

Although Murray played doubles and mixed doubles at Wimbledon, he announced on Monday he would not play singles at the U.S. Open as he strives to get back to peak fitness that would allow him to play five-set matches at Grand Slams.

‘I think nine to 12 months after the operation is when I would expect to be getting close to the best that I can be physically. And speed wise I should be fully recovered by 12 months,’ Murray told BBC Sport.

That would give him a realistic chance of competing at the Australian Open, the first Grand Slam of the year, which begins on January 20 in Melbourne. 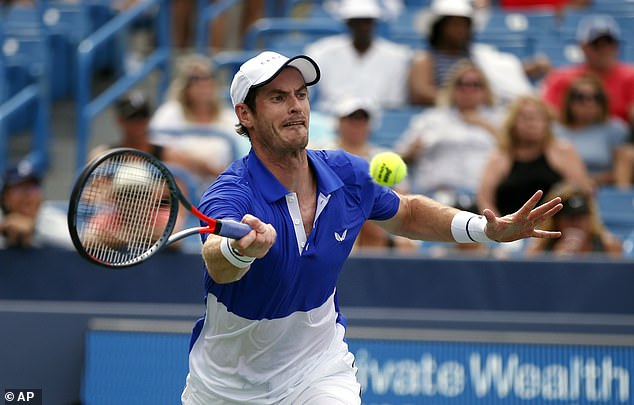 ‘Speeds have improved, but they are quite linear speeds, and repeatable tests, whereas on a match court you are changing direction and having to react to balls and anticipate,’ Murray added.

‘The way to get that back is by playing matches. You can hit as many speed targets as you like, but once you get out on court it’s very different.’

The three-time Grand Slam champion said over the weekend that he would be playing at the inaugural Zhuhai Championships, which will be held two weeks after the U.S. Open ends next month.