Mount Agung in Karangasem on the Indonesian resort island of Bali

More than 34,000 people have fled from a rumbling volcano on the resort island of Bali as the magnitude of tremors grows, prompting fears it could erupt for the first time in more than 50 years, an official said Sunday.

Indonesia’s disaster mitigation agency said the number of people fleeing their homes surrounding the volcano had tripled since Friday amid growing alarm that Mount Agung could erupt at any moment.

“The evacuation process is ongoing and we expect the number of evacuees to continue to rise,” the agency spokesman Sutopo Purwo Nugroho told AFP.

The volcano, the highest point in Bali and located about 75 kilometres (50 miles) from the tourist hub of Kuta, has been rumbling since August.

Officials announced the highest possible alert level on Friday following the increasing volcanic activity, and urged people stay at least nine kilometres away from the crater.

“I am actually very worried to leave, I left my cows and pigs at home because we were ordered to vacate our village immediately,” villager Nyoman Asih who fled with her entire family told AFP. 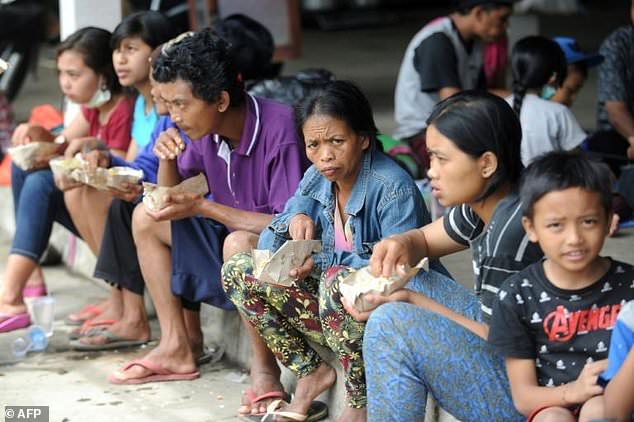 The international airport in Bali’s capital, Denpasar, was anticipating the prospect of closure but no flight schedules had been affected as of Sunday.

The airport has prepared buses and trains to divert passengers to alternative hubs in neighbouring provinces if the mountain erupts.

Flight disruptions due to drifting ash clouds are not uncommon in Indonesia, which sits on a belt of seismic activity known as the “Ring of Fire”.

Bali officials said the island was still generally safe but urged tourists to stay away from tourism spots located within the danger zone.

Pura Besakih temple, one of Bali’s most prominent temples which is located just a few kilometres away from the mountain’s slopes, has been closed to visitors since Saturday.

The Indonesian Center for Volcanology and Geological Hazard Mitigation said the tremors had grown more powerful on Sunday.

“The mountain has not erupted until now. The earthquakes are happening less frequently but the magnitude is getting stronger,” Gede Suantika, a senior volcanologist at the agency told AFP.

Indonesia is home to around 130 volcanoes due to its position on the “Ring of Fire”, a belt of tectonic plate boundaries circling the Pacific Ocean where frequent seismic activity occurs. 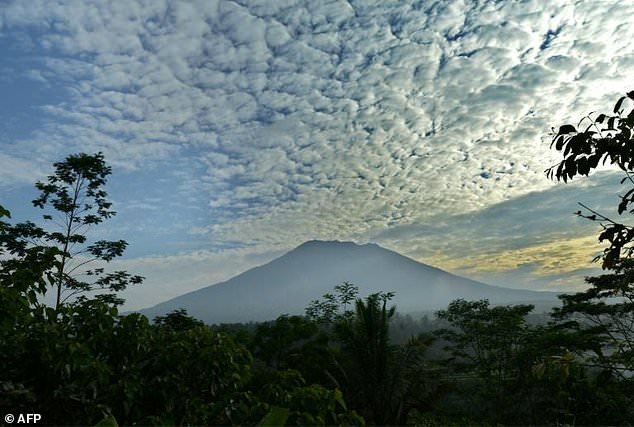 The volcano agency’s chief Kasbani said Mount Agung had a history of major eruptions that eclipsed recent episodes in Indonesia, including the 2010 eruption of Mount Merapi in Central Java that claimed at least 350 lives.

The 1963 eruption of Mount Agung killed more than 1,000 people and devastated many villages.

The 2010 Merapi eruption, which also forced hundreds of thousands of villagers to flee, was that mountain’s biggest since 1872. However, it was 10 times smaller than Mount Agung’s 1963 eruption.

“We hope this time it will not be that big, but we need to be prepared for the worst case scenario and prioritise vigilance,” Kasbani told Metro TV.