Teresa Guidice and Melissa Gorga both pose in bikinis

Teresa Giudice and Melissa Gorga have headed to the beach for New Year’s.

And on Thursday both The Real Housewives Of New Jersey stars took to Instagram to show off their bikini bodies.

And though the sisters-in-law have mended fences in recent years, it does appear as if they were entering a bikini body face off of sorts.

Two good: Teresa Giudice and Melissa Gorga are in Jamaica for New Year’s Eve. And on Thursday both Real Housewives Of New Jersey stars took to Instagram to show off their bodies

Melissa, who is married to Teresa’s brother Joe Gorga, was the first to post at 9:30 am PST.

She wore a purple, green and white string bikini that made the most of her curves.

She said in her caption she was in Jamaica.

Teresa came next as she posted at 12:30 pm PST. She kept it more simple in a black two piece with gold accents. She posed with her youngest daughter Audriana, aged eight. 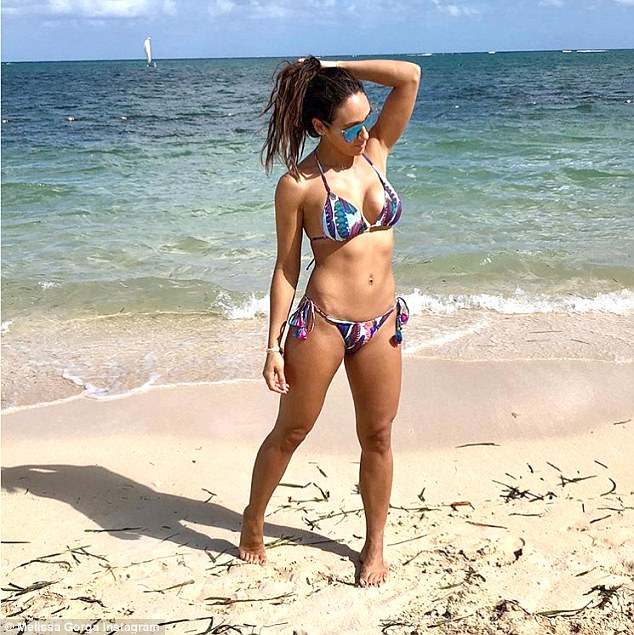 Amazing: Melissa, who is married to Teresa’s brother Joe Gorga, wore a purple, green and white string bikini that made the most of her curves

The star is in Cancun, Mexico with her kids.

That means they are 650 miles apart though the photos make it seem as if they are in the same spot.

Both ladies struck flattering poses proving they love to look like pinups. 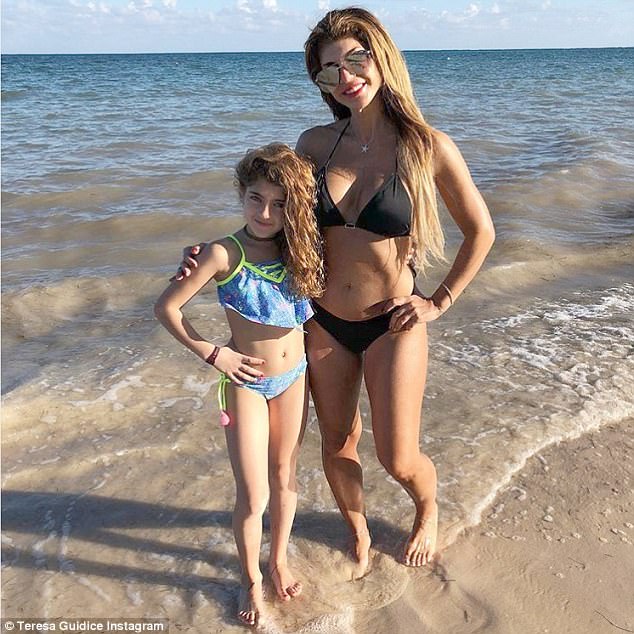 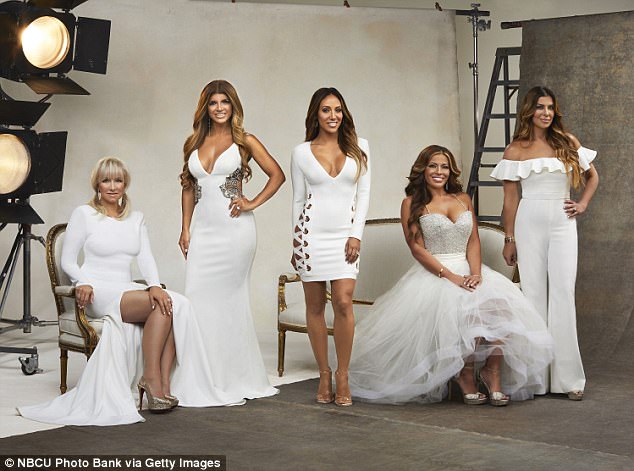 Their show: Both beauties are on The Real Housewives Of New Jersey; here they are pictured with (from left) Margaret Josephs, Dolores Catania and Siggy Flicker, who is leaving the show

This sighting comes after it was reported Teresa’s husband Joe wasn’t able to see his wife and their four daughters – Gia, 16, Gabriella, 13, Milania, 11 and Audriana – over Christmas.

The reason given by TMZ was that there was administrative sluggishness stemming from his recent transfer to a different prison.

The 45-year-old reality star was in custody in Fort Dix, New Jersey, but transferred last month to Pennsylvania’s FCI Allenwood facility, according to The Blast. 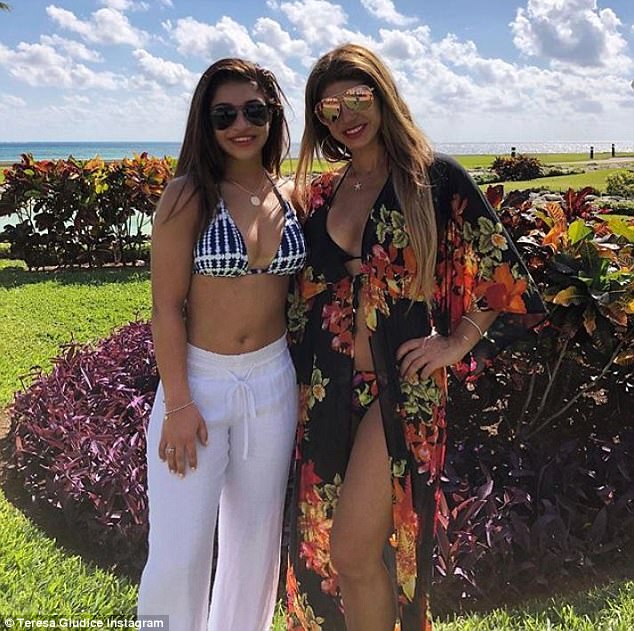 Mother daughter time: Teresa shared an image where she gushed over Cancun 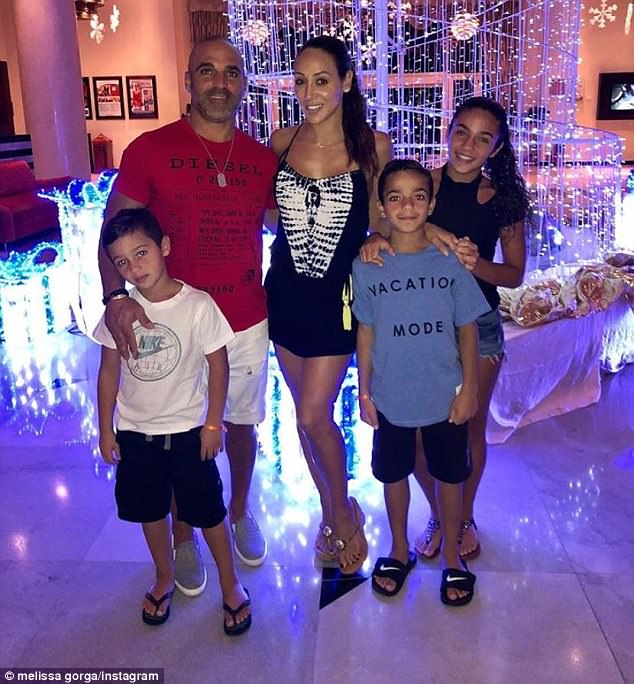 ‘God I love them’: Melissa shared a snap of her whole tribe 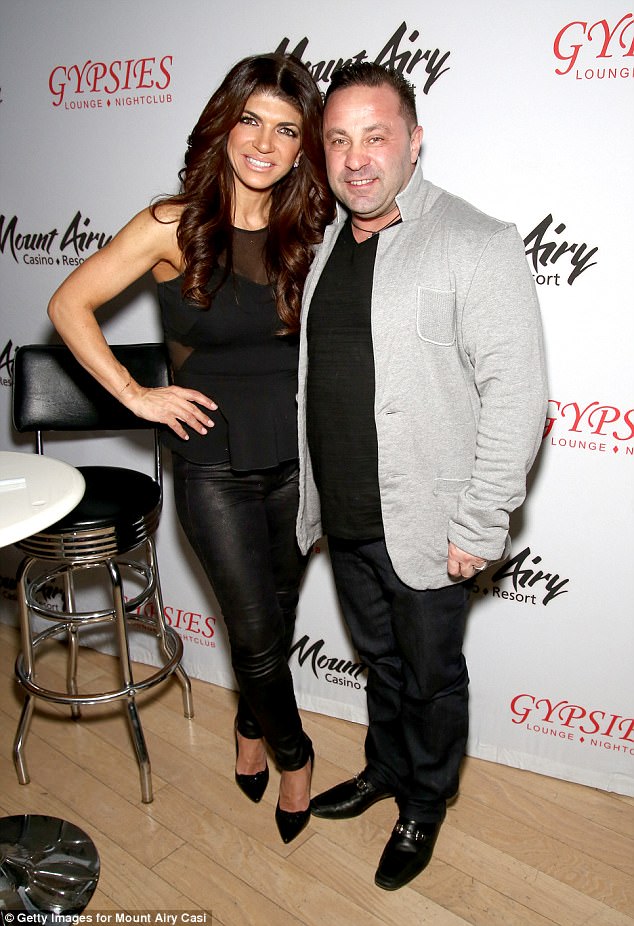 Troubled time: Teresa and Joe Giudice were not be able to see one another on Christmas this year; seen in March 2016

With the transfer to a separate facility, Joe’s family was required to provide updated clearance forms to visit him in the Pennsylvania penitentiary, a process one source told People ‘takes about four to six weeks for visitors to be approved,’ which won’t wrap up until after the holidays are over.

His transfer came amid a row over his entrance of an alcohol treatment program that provided ample incentive for participation: a full year off his sentence.

The point of conflict, according to The Blast, is the Saronno, Italy-born star’s immigration status. The Pennsylvania facility can issue him a hearing in connection with the dispute, paving the way to the transfer.

Joe in March of 2016 entered custody in connection with a sentence of 41 months following his conviction on fraud charges in October of 2014. 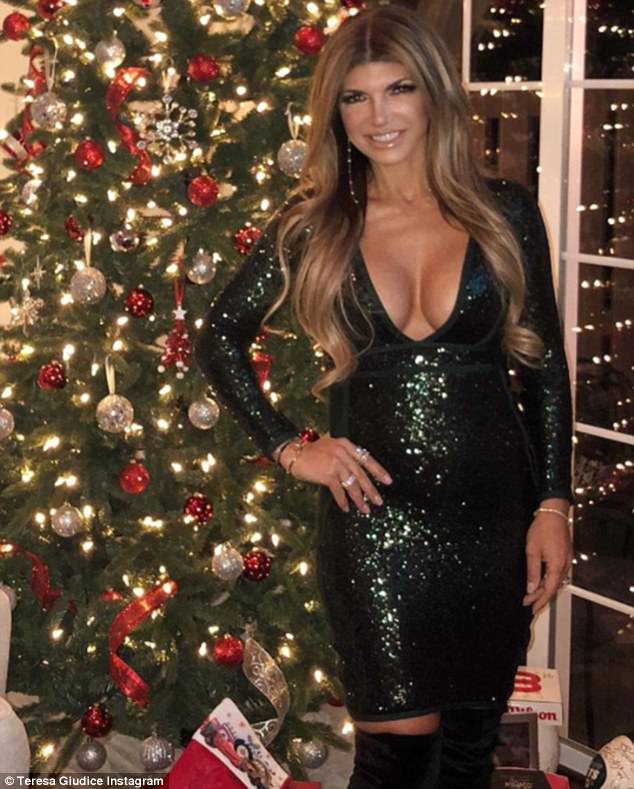 Smiling through sad times: Teresa shared this shot from her pre-Christmas celebration on Sunday

Earlier this month, a source told People that the couple, who wed in October of 1999, was talking ‘multiple times a day over the phone’ amid his conviction, and that Joe was also communicating with loved ones digitally.

‘He’s emailing people all day long,’ the source said. ‘Emails with each of the girls, separately. He is in good spirits and he’s happy and even happier where he is than where he was.

‘This facility is better suited to him … he seems more upbeat since having moved.’ 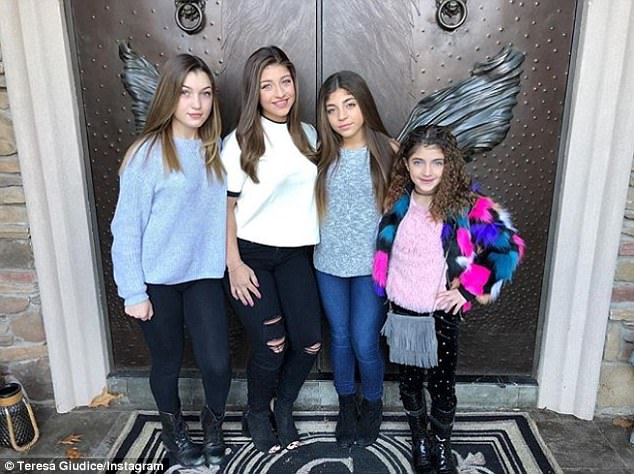 Missing their dad: The Giudice girls – (L-R) Gabriella, 13, Gia, 16, Milania and Audriana – posed in a group shot recently on their mom’s social media