Terrified public are ‘very worried’ about coronavirus and do NOT want lockdown eased, research shows

Members of the public do not want the lockdown eased as they are ‘very, very worried’ about coronavirus government ministers are advised, as they prepare to make a decision over extending the lockdown next week.

Research carried out by both independent and government sources has determined that the public’s attitude towards the lockdown measures are positive.

Polling data from YouGov found that nine in ten people are complying with the restrictions imposed on March 23, and only leaving their house once a day if necessary.

While a survey carried out by Imperial College London’s Institute of Global Health Innovation and YouGov found that 62 percent of people have adhered to social distancing, keeping two meters away from anyone not in their household.

Lois Copley-Jones, aged five, who is the photographer’s daughter, uses chalks to draw Easter celebration pictures on her house wall on April 10 in Newcastle Under Lyme, UK

However a worrying nine percent said they had been in contact with ten or more individuals a week during the lockdown designed to minimise spread through contact.

When leaving their homes only half of people said that they avoided touching door handles or lift buttons – however people were found to wash their hands around 12 times a day on average.

A source told The Times: ‘The public are just not in a place to talk about returning to normal at the moment. They are scared and they are very, very worried.’

Another source suggested that the polling and survey research carried out showed that the public were widely ‘accepting’ of the stay-at-home approach despite the economic implications for many. 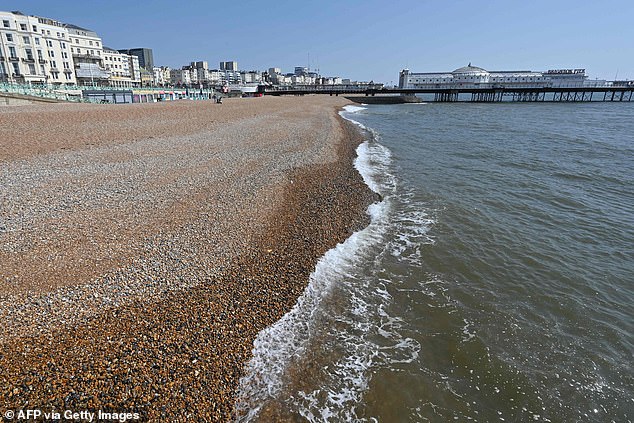 A near-deserted beach is pictured looking east towards the Palace Pier in Brighton, on the south coast of England on April 10

The decision as to whether lockdown will be extended is due to be made next week with government advisors set to meet to discuss how effective the lockdown has been on reducing infection rates and hospital admissions.

They will also consider how many people are likely to have already recovered from the virus, and whether they can be deemed ‘immune’.

On Friday government advisor Epidemiologist Neil Ferguson said ‘definitive’ proof of whether restrictions have worked will not be available for ‘several more weeks’.

As Ireland announced their lockdown would be extended until May 5 the UK cabinet descended into wrangling over fears the draconian lockdown measures themselves could cause 150,000 deaths. 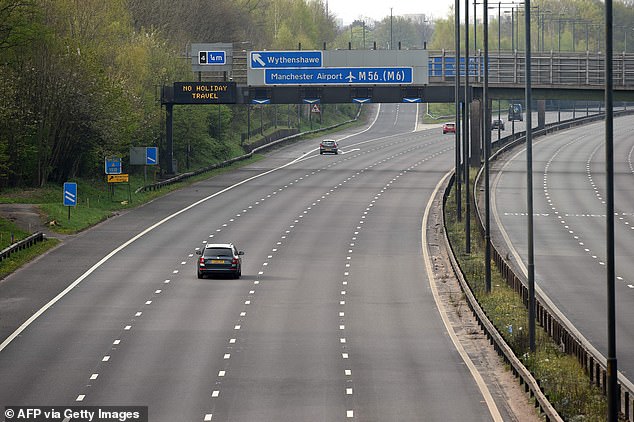 The near-deserted M56 at the start of the Easter weekend, in north-west England on April 10 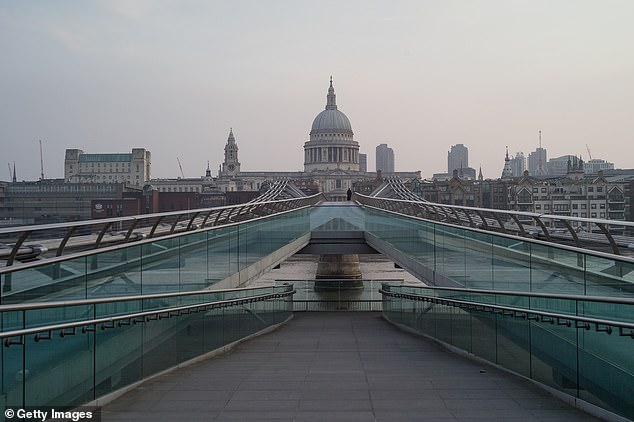 A lone woman walks over Millennium Bridge on April 10, 2020 in London, England

Experts say that mass testing is the only safe way to ease the restrictions, which are threatening to destroy millions of jobs and businesses, as otherwise no-one knows what proportion of the public has been infected.

However, claims have surfaced that Boris Johnson himself was becoming alarmed at the impact of the lockdown before he was struck down with the virus, as he had not expected Britons to fall into line so readily.

According to well-connected Spectator editor Fraser Nelson, the Cabinet is now split into three ‘factions’ – with one wanting tougher measures, another believing the ‘cure is already worse than the disease’, and a third element saying the government must wait for public opinion to shift before changing approach. 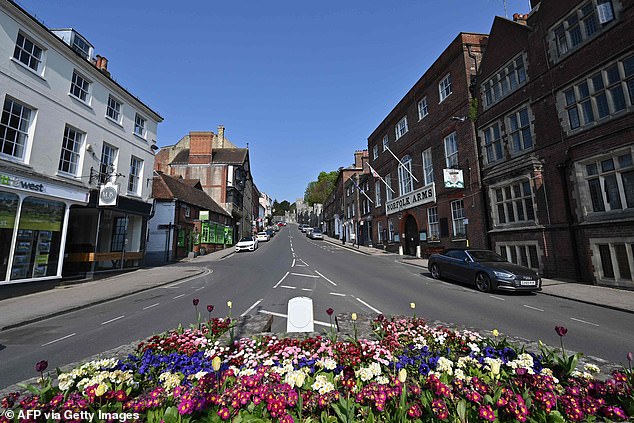 A High Street usually buzzing with people is pictured in Arundel, in southern England, April 10 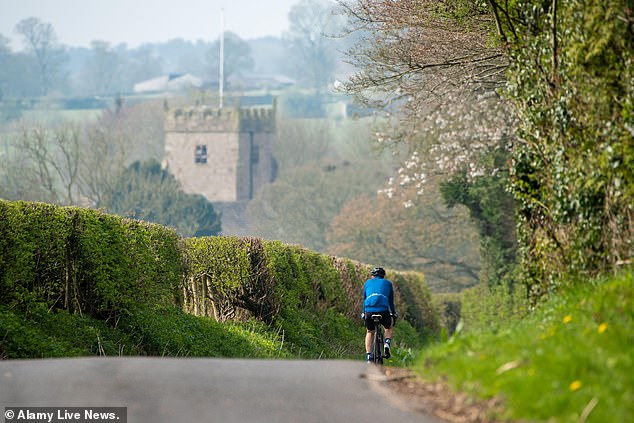 A cyclist enjoys his daily exercise on the country lanes near Chipping, Preston, Lancashire with St. Bartholomews Church in the background closed for worship over the Easter weekend

A tentative estimate circulating in Whitehall suggests a long-term lockdown could mean 150,000 ‘excess’ deaths from non-coronavirus causes. A Downing Street spokesman tried to play down the figure this afternoon, but stopped short of denying it existed. ‘It is not a number that I have ever seen,’ the spokesman said.

Health risks posed by continuing the lockdown will also be considered by the Sagge committee (Scientific Advisory Group for Emergencies).

They include potential deaths from delayed cancer diagnosis or treatment and the impact on those dealing with mental health issues.

The young could be the first to have the lockdown lifted, suggested Paul Cosford, emeritus medical director of Public Health England, who emphasised the ‘paramount importance’ of children’s education.

While Downing Street and the Cabinet Office are said to be working on a plan to lift the lockdown in phases beginning in May, with one Whitehall source telling The Times these talks are at an ‘early stage’.