Terrifying image of motorcyclist riding ‘dangerously’ with a child onboard, police launch search

Police have begun an urgent search for the rider of a motorbike pictured with a child perched dangerously on the tank in front of him.

The wanted motorist was riding a dirt-bike in the Newham area of Tasmania earlier last week with a child sitting on top of the tank whose feet dangled beside the motor.

Launceston police officers tried to stop the rider on a residential street at around midday but the rider took off at high speed.

Police didn’t give chase to the rider, but other officers saw the bike again and took the photo to help in efforts to identify the person.

The incident occurred on Tuesday but police are desperately appealing for public assistance to prevent a similar highly dangerous act occurring again. 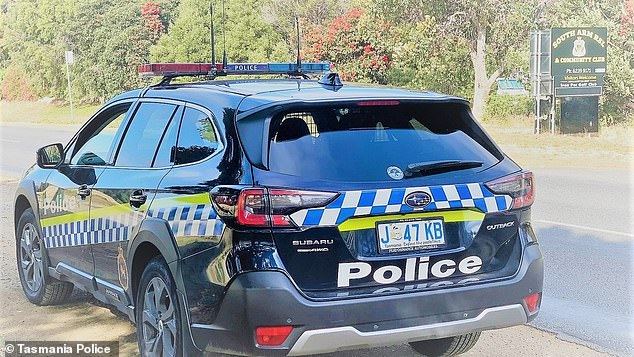 Launceston cops decided not to pursue the rider, instead snapping a photo with the hope concerned locals will be able to provide information

‘Seeing an example of such a deliberately reckless and negligent act which places an innocent child at risk is beyond belief,’ he said.

The photo shows the child in a helmet sandwiched between the rider and the bars atop the large dirt-bike flying down the suburban Launceston street.

The rider, apparently aware their photo was being taken, stares straight down the barrel of the camera and appears to gesture to police officers, a signal Launceston cops decided to blur. 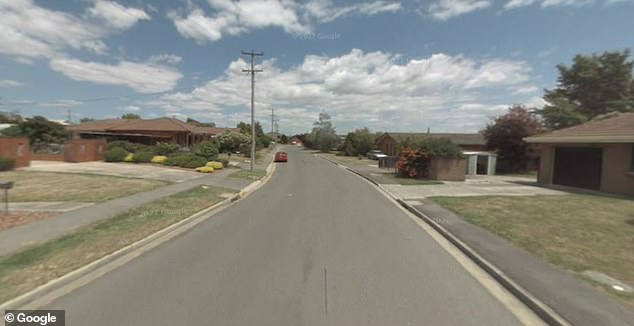 The motorcyclist was seen tearing down Mallard Place, Launceston (pictured) with a small child on top of his dirt-bike

‘As police, we work hard to keep our roads safe across the state but unfortunately examples like this highlight what we are sometimes up against,’ said Acting Inspector Hanson.

Police are calling on the public to assist them in finding and arresting the man to prevent serious injury to the child.

‘In this instance, Launceston Police would greatly appreciate information from the public to help identify this offender, so we can arrest him, and help protect this child.’

Some have sarcastically dubbed the man ‘dad of the year’ in response to police posts.