Game over! Nine-year-old boy walks straight off a train platform while ‘engrossed in video game’

By Chiara Fiorillo and Will Stewart for MailOnline

This is the terrifying moment a nine-year-old boy fell onto an underground railway track while concentrating on playing a game on his electronic device.

Miraculously he avoided suffering either a deadly electric shock or being hit by an oncoming train.

The boy named Lev reportedly touched an 825-volt electric rail with a protective cover, before running along the line and being plucked to safety by a member of staff.

The child named Lev, pictured, was walking towards the platform while holding his tablet 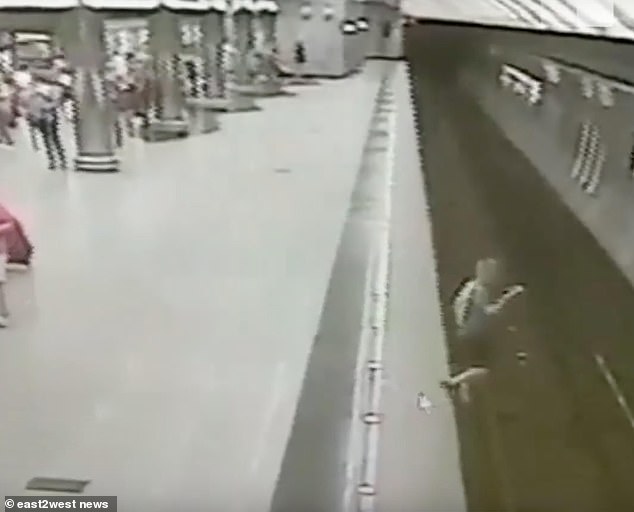 Without noticing the platform, he fell off the edge of the underground train station

Waiting for his train, the child named Lev had walked forwards on the platform at a metro station in the Russian city of Yekaterinburg.

He was concentrating so hard on the electronic game on his tablet that he failed to notice the edge.

Fortunately no train was approaching at this moment which was caught by a CCTV camera.

A report said: ‘According to eyewitnesses, the boy stood on the 825 volt contact rail.’

‘Luckily he wasn’t killed by an electric shock,’ said an onlooker. 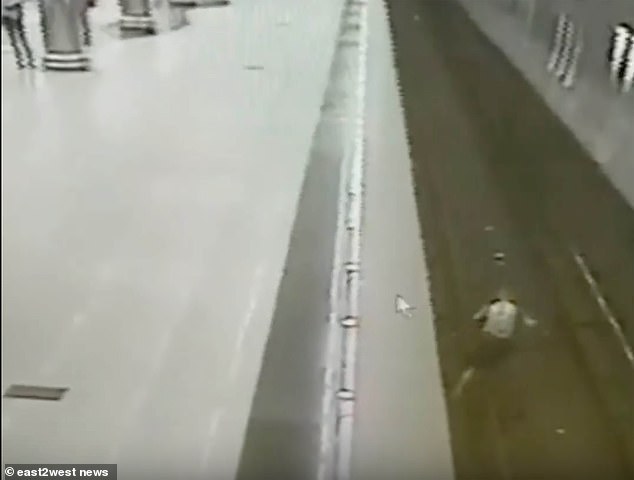 The metro train administration in the city confirmed the hair-raising incident at Chkalovskaya station.

‘This accident did happen,’ said a spokesman.

‘The child was assisted by employees of transport safety service.’

There is speculation he was playing Pokemon Go in the Russian media but this has not been confirmed. 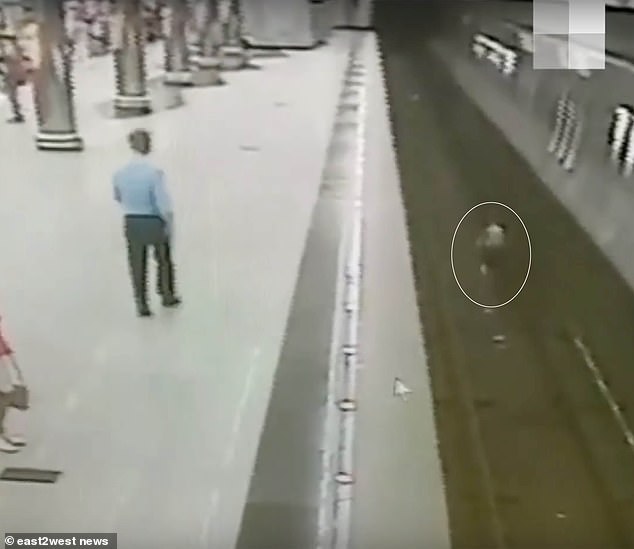 After falling down, he started running on the tracks before being rescued by an employee

Valery Gorelykh, press secretary of Russia’s interior ministry in Sverdlovsk region, said: ‘The boy tripped down from the platform to the railway tracks.

‘Eyewitnesses informed police about it.

‘The police rang the ambulance who took the boy to hospital for an assessment.

‘The Interior ministry established the identity of the boy. He was born in in 2010, named Lev.’ 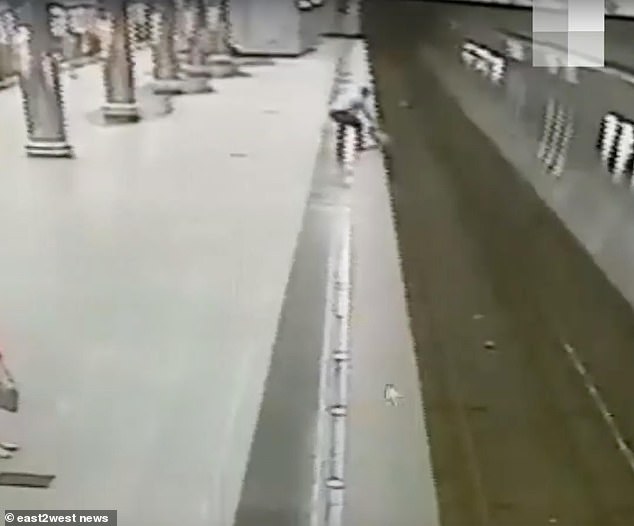 He did not suffer health damage from the incident, say reports.

The fall was at his local metro station, where the boy was travelling alone.

Afterwards his parents were summoned by police to the scene.

Police ‘are still establishing all the circumstances of the accident,’ said a source.